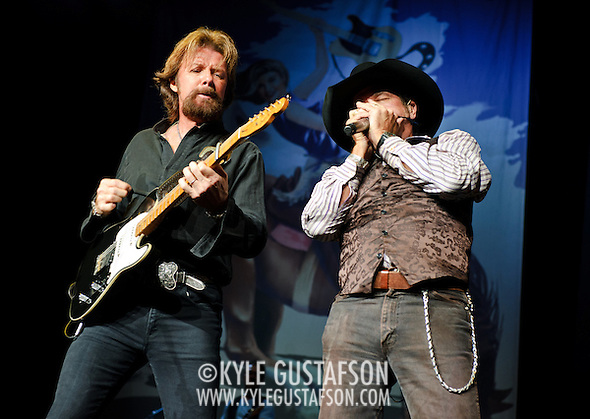 My mantra for shooting concerts in 2010 is “I love shooting country shows.” I’ve definitely come to see that arena-sized country shows consistently give me the best shooting conditions of any concert, bar none.  Brooks & Dunn’s stop on their farewell tour at Jiffy Lube Live in Bristow, VA was no exception. 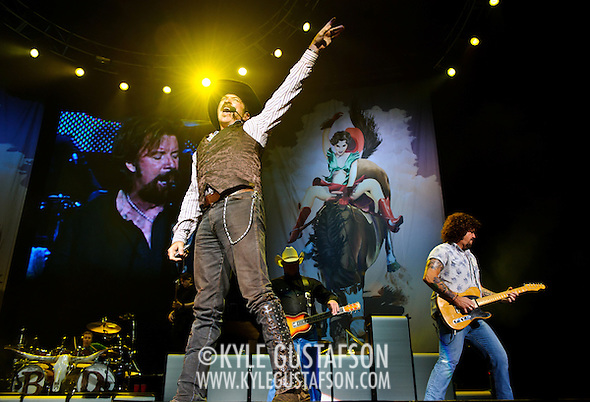 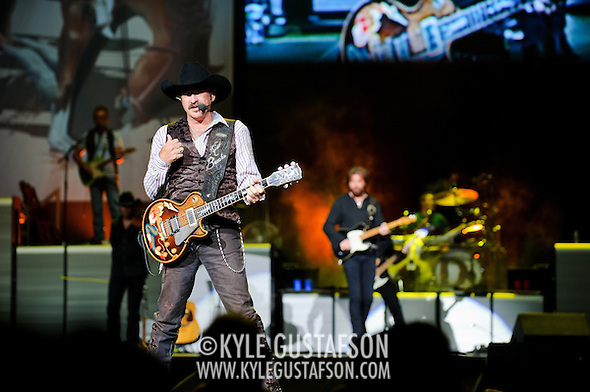 There was no photo pit for this show due to the thrust that extended from the stage, which was a bit worrisome, but it ended up being a non-issue. Brooks & Dunn spent equal time on the stage and on the thrust for the first three. I chose to stay up front near the stage for the first two due to a conversation I had with the tour video camera man before the show started. He told me Ronnie Dunn would be doing a “camera trick” with him during the third song and to stick near the thrust for that with a wide angle.  It ended up Dunn took the camera and shot the crowd himself, which was nice, but in retrospect I could have moved around a bit more during the first two and still gotten my spot back for that instance, but I had no way of knowing that up front. 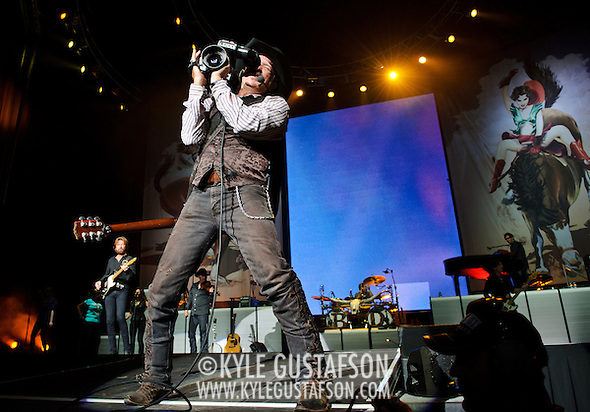 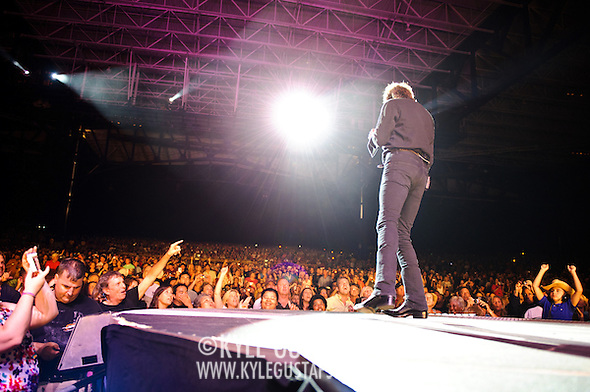 Like I said, lights were great and the big video screen behind the drummer provided some nice opportunities for interesting backgrounds.  Brooks & Dunn gave me plenty of chances to snap them in the same frame and also some opportunities to get them in isolation. I mostly shot wide angle for the first two songs and then went long when I loved to the back of the floor area for song three. 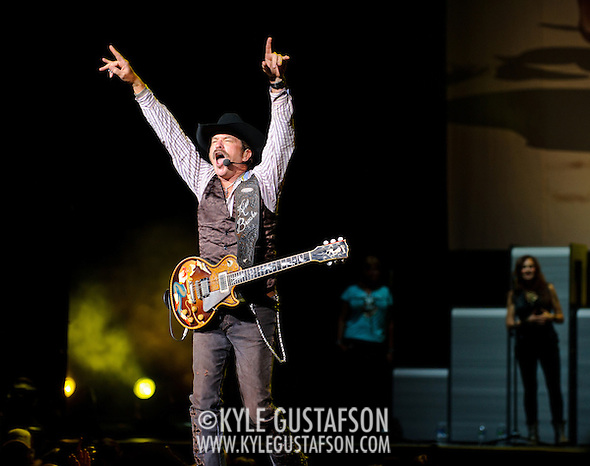 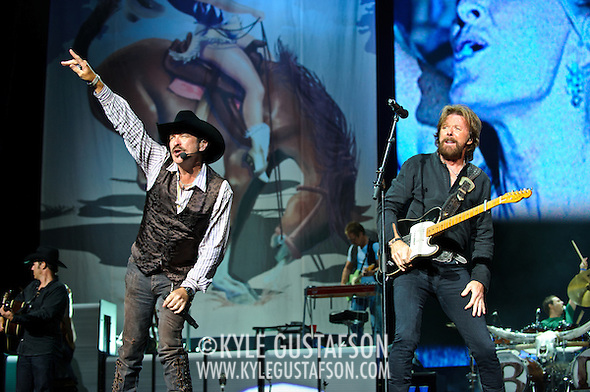