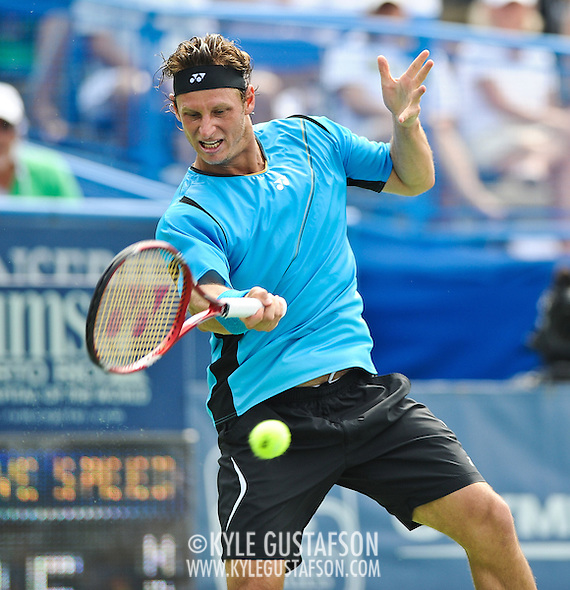 The annual Legg Mason tennis tournament here in D.C. is always one of my favorite events around town to shoot so I was a bit bummed this year to only have the time to shoot one day of the tournament.  Luckily it was the men’s singles final, so that worked out well.  The tournament always happens during the first week of August, when it’s ungodly hot out and there are a million other things going on. I had assignments from the Post every other night that week so it definitely cut into my tennis time. 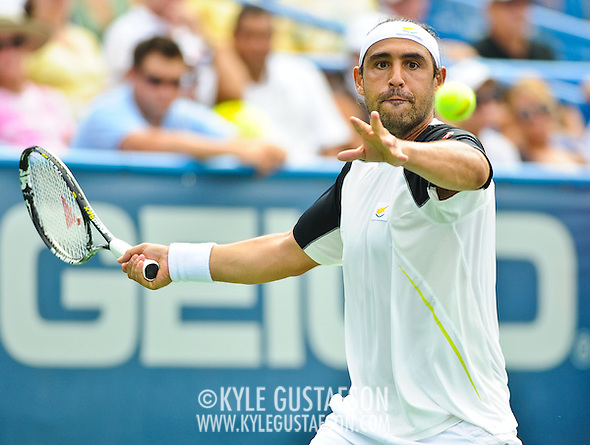 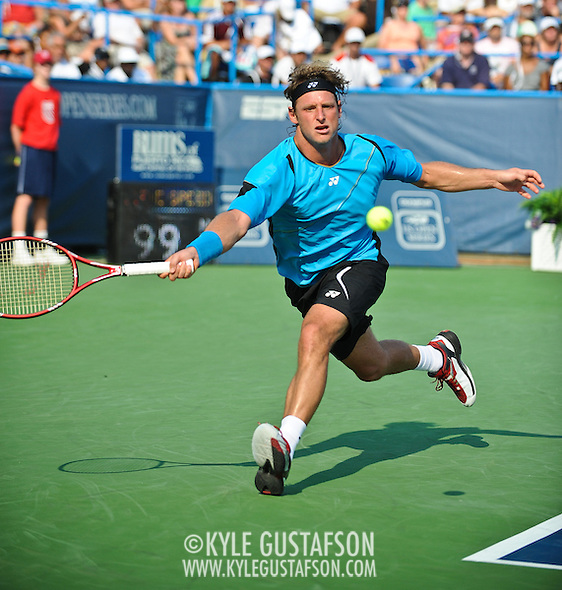 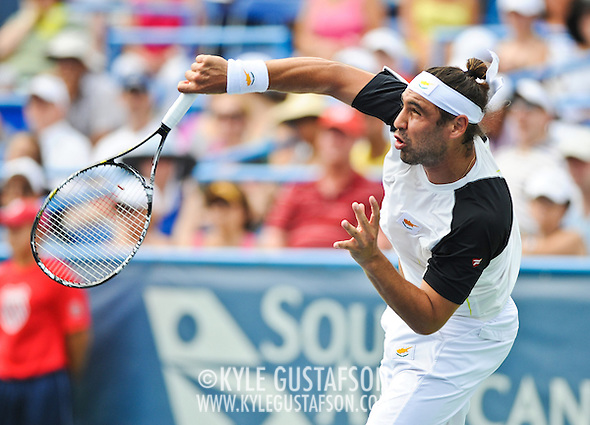 After all the Americans lost earlier in the week (giving the papers something to write about and preventing me from getting any shots of Brooklyn Decker!) the final saw David Nalbandian versus Marcos Baghdatis.  Not household names by any means, but both good players that gave everyone an exciting final. Nalbandian proved to be too strong and too fit for Baghdatis and won in two sets. 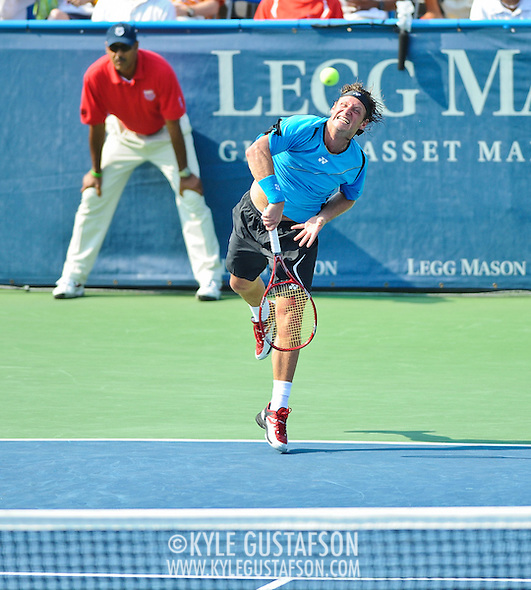 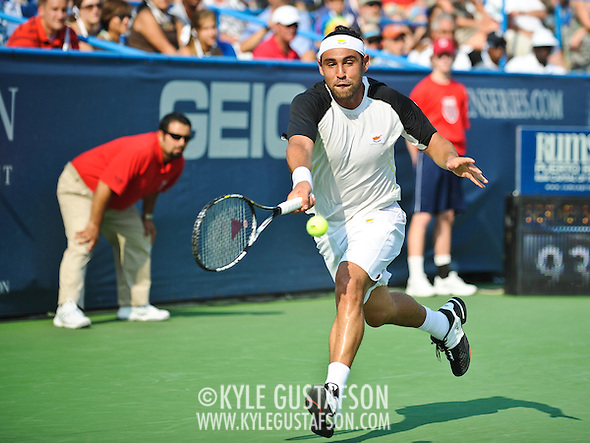 I find it quite funny that half the reason that I bought my Nikon D3 was to shoot sports with its 9 frames per second but due to my concert shooting responsibilities, I haven’t been able to shoot many sporting events at all this year.  That said, it was nice to crank up the fps and let the camera do its thing.  A friend even let me borrow her 300mm, so I had quite a nice set up shooting this match. 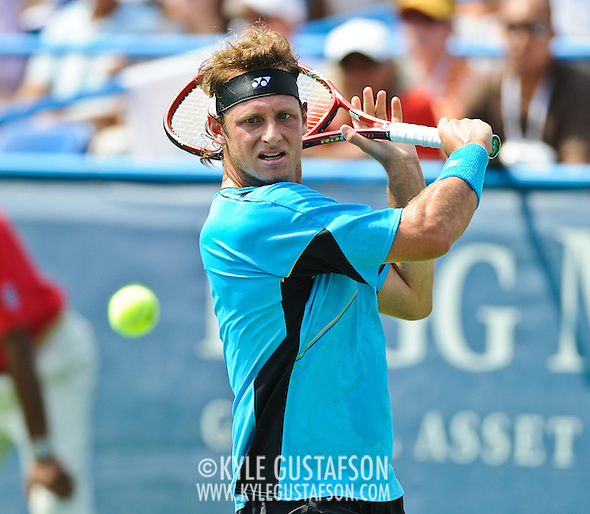 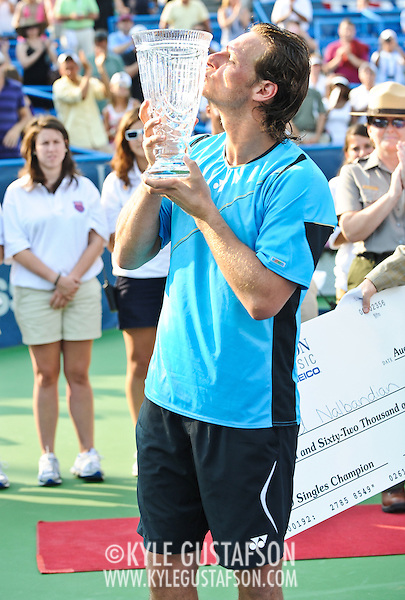 See the whole photo set below: