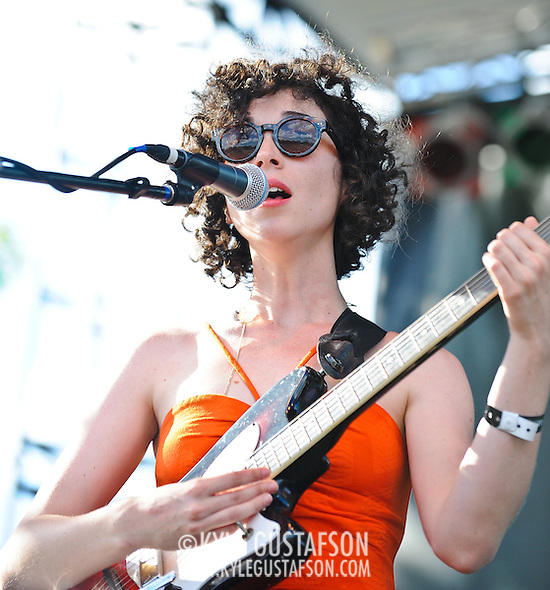 I have never been a big fan of Annie Clark, aka St. Vincent, but I enjoyed the set she played last Sunday at the 2010 Pitchfork Music Festival.  Slotted in during the late afternoon (when the sun was going down and playing havoc with the light distribution on stage) her breezy pop songs provided a bit of relief from thinking about how damn hot I was and how I had another four hours before Pavement took the stage. 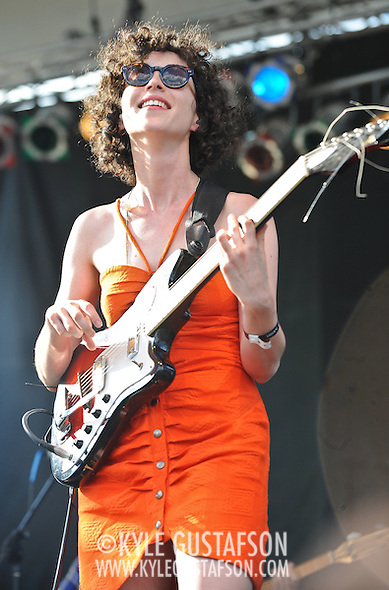 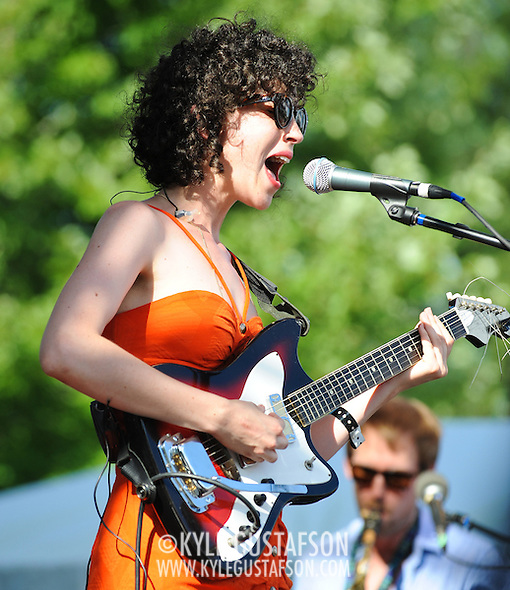 Obviously, Annie doesn’t move around on stage that much, so I tried to make sure I got shots of her when she stepped away from the mic or looked out at the crowd and smiled. Metering for this set was very tough, since she was positioned on stage right where the natural light falloff began.  The front part of her face and body were in the sun, but the back half of her were not.  When she took a step towards the back of the stage, there was a dramatic falloff in the natural light, which is why these photos have two different tints to them. The lit ones are a bit orange, the shadier ones are more blue. 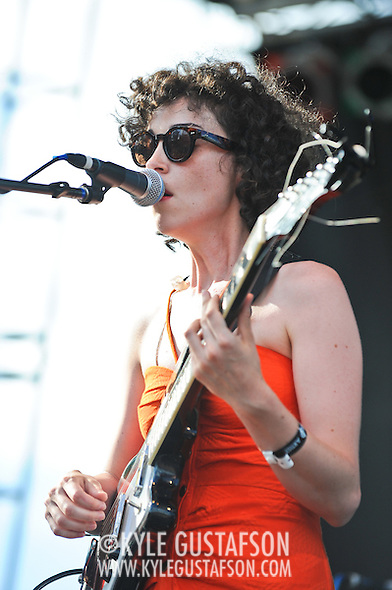 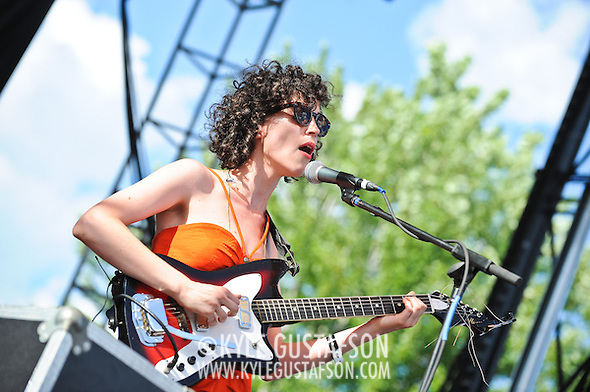