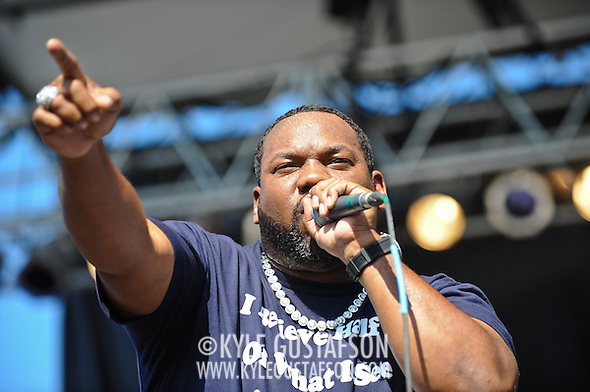 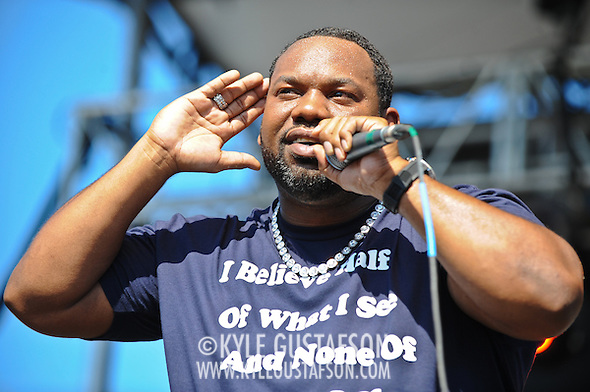 I’ve seen the Wu-Tang Clan and its various members perform many, many times over the years and I have to say Raekwon’s set on Saturday at Pitchfork was one of the more lackluster efforts I have seen from them.  Not that I can really blame him, he was on in the middle of the day and it’s was incredibly hot.  His DJ was having problems with his laptop shorting out due to the heat, so the show started late and it never really found its footing or pacing.  Still, it’s never a bad thing to see Rae do his thing. 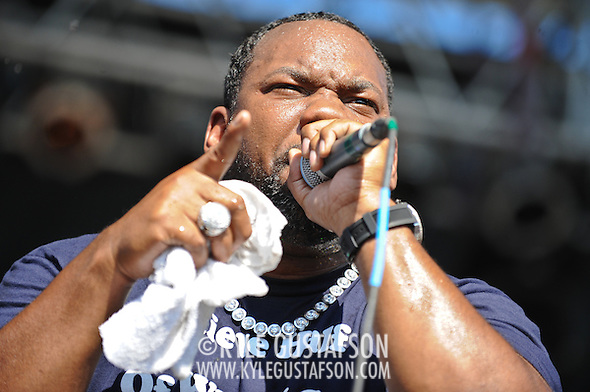 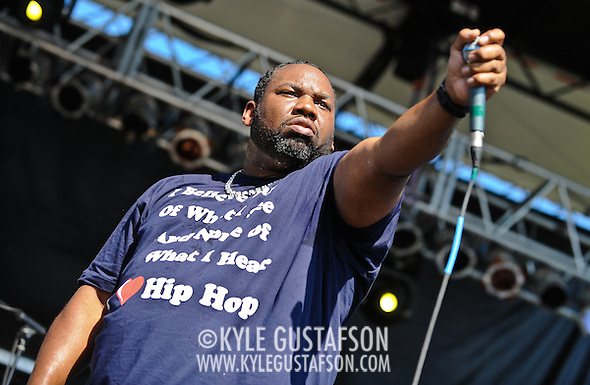 Also worth noting, this is probably the first hip-hop set I’ve seen where the performer didn’t wear sunglasses or a hat.  It’s quite a luxury to get a clean view of Rae’s eyes in these photos. The lighting here was certainly better than when I shot Rae at the 9:30 Club last year. 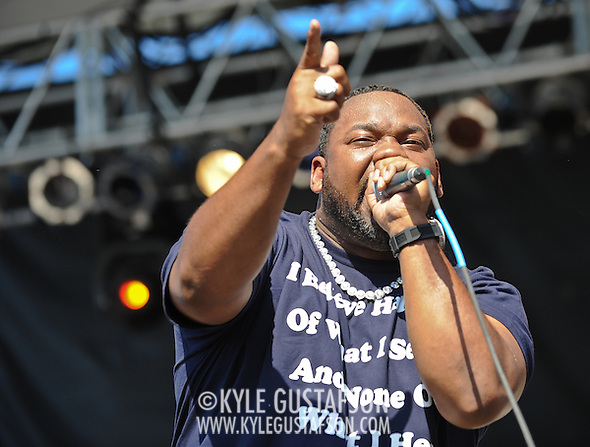 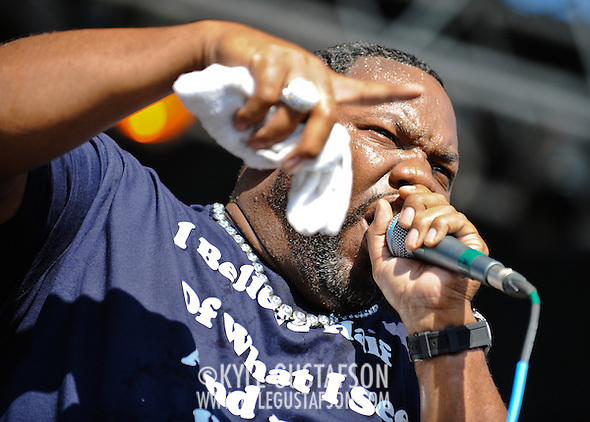 As you can see, I mostly used my 70-200mm/2.8 lens for this set. The photo pit was very crowded and I found my wide lens mostly took photos of the photographers standing in front of me.  So I stayed at the back of the pit and zoomed in on tight on Rae as he worked his way back and forth across the stage.  Full photo set below: