Concerts featured Festivals Out of Town 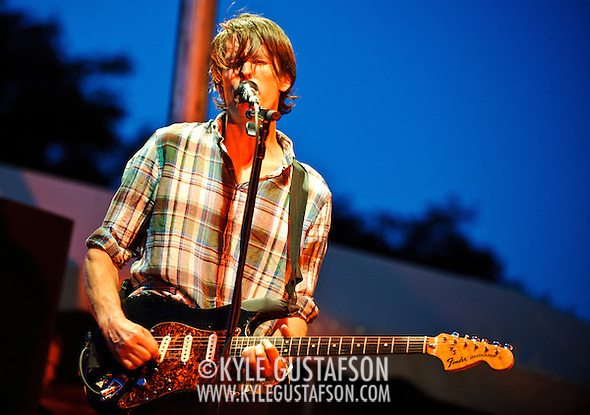 Before Sunday’s set closing out the 2010 Pitchfork Music Festival, the last Pavement show I saw was on my 25th birthday at Irving Plaza in NYC. It was the Terror Twilight tour and the show was horrible.  It was clear the band weren’t really into what they were doing at that point.  When they soon announced they were splitting, I wasn’t too broken up about it. Truth be told, I wasn’t overly excited about seeing them again this past weekend.  It wasn’t that I didn’t miss the band, just that at no time did I ever think to myself “I really need to see this band again.” 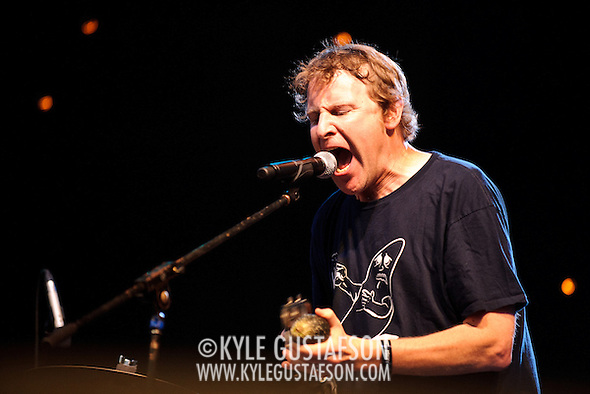 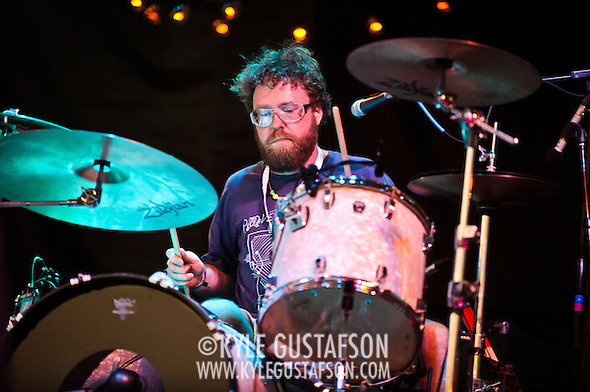 That said, they played a great set in Chicago, gloriously shambolic (they had to start the first song of the set over after a false start) and full of good times. I definitely forgot how much I missed Bob Nastanovich yelling his lungs out and banging on all of his assorted instruments and also watching Mark Ibold do his little bouncy dance in the center of the stage. Hearing songs like “Unfair,” “Range Life,” “Two States” and “Stop Breathin'” was like spending some quality time with an old friend. 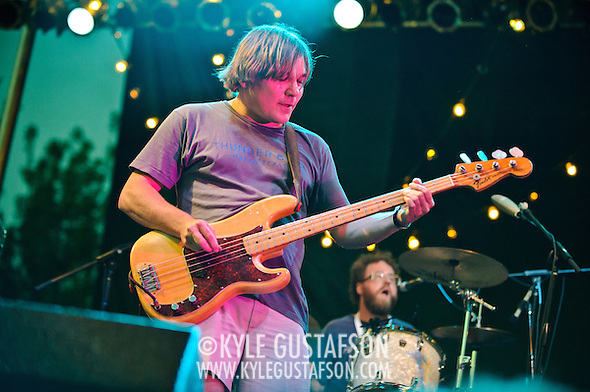 Shooting this set was a bit hectic.  Photographers were only allowed one song for the headliners of each night at the festival, although they decided to give us one and a half songs after splitting us into to groups (effiectively splitting the first three songs). 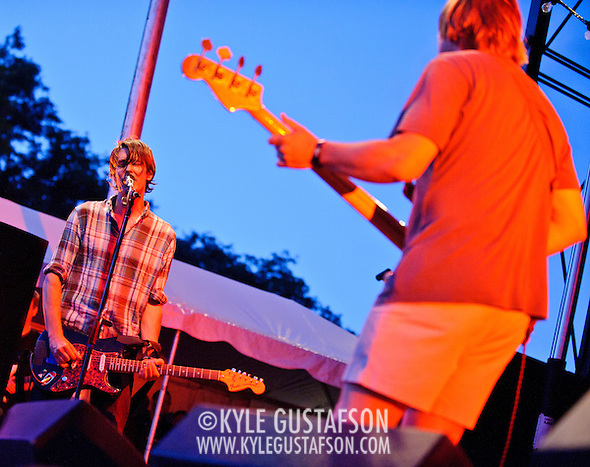 I was in the first 20 or so people in and while everyone else lined up in front of Stephen Malkmus, I hustled over to the other side of the stage to stand in front of Scott Kannberg with the hopes of shooting Malkmus across the stage while also getting Kannberg, Nastanovich and Ibold. This proved wise when I saw that Malkmus was in effect facing me as he stands on stage facing the rest of the band as opposed to the audience. 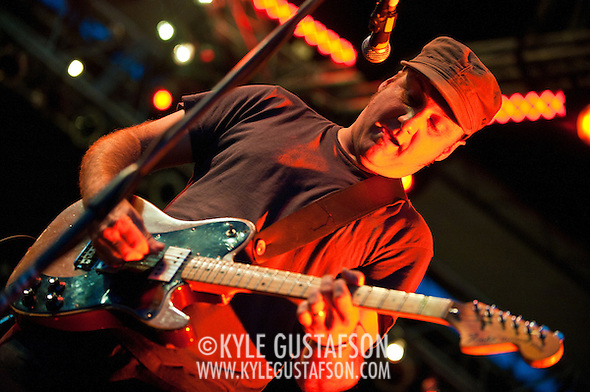 Sadly the lights were a bit out of control.  More of the intense, hot pink that lighting guys seem to love these days. Most of the spotlights were in pink, with occasional bursts of white light. I failed to get a single shot of Ibold I was happy with, mostly because he was continually blasted with pink. I ended up shooting this mostly with my 70-200mm/2.8 lens on my D3 as I was too close to the stage to use my wider lens.  And given the very short duration of our shooting time, I didn’t have time to mess around. 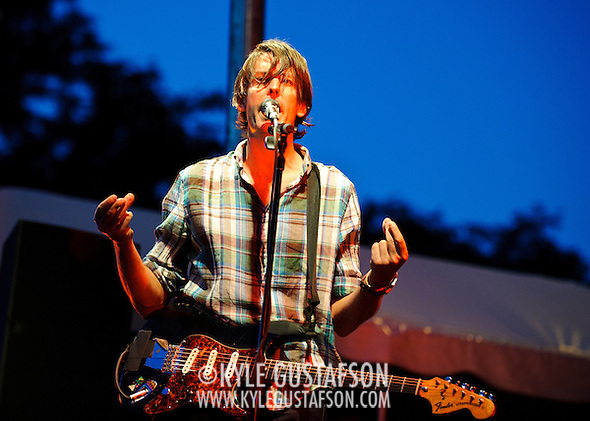 Check out the set they played here.  Pavement have just been announced as one of the headliners of this year’s Virgin Freefest at Merriweather Post Pavilion.  Can’t wait to see them again! See the full line up here. Full photo set below:

Real Estate at the Black Cat