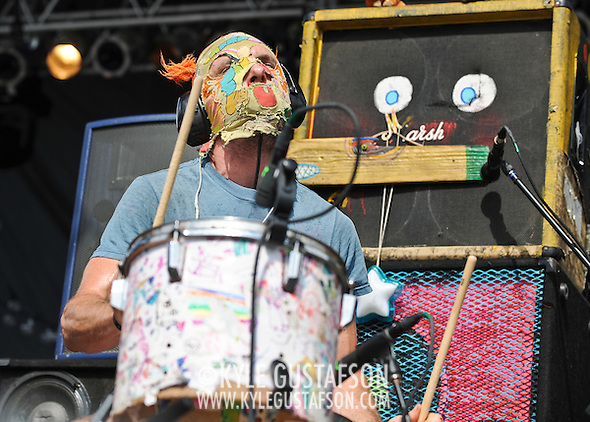 Lightning Bolt was the only band on the main stage at Pitchfork that I had never heard of. Their brand of intense hard core music was quite a shock to all the people that were lining up their spots for Pavement a few hours later. 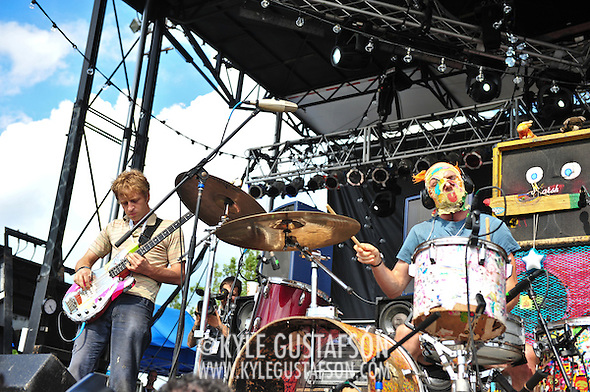 The band didn’t move around on stage at all, so after a while, most photogs (including me) turned their lenses to the crowd to try and get some shots of the amped up crowd. 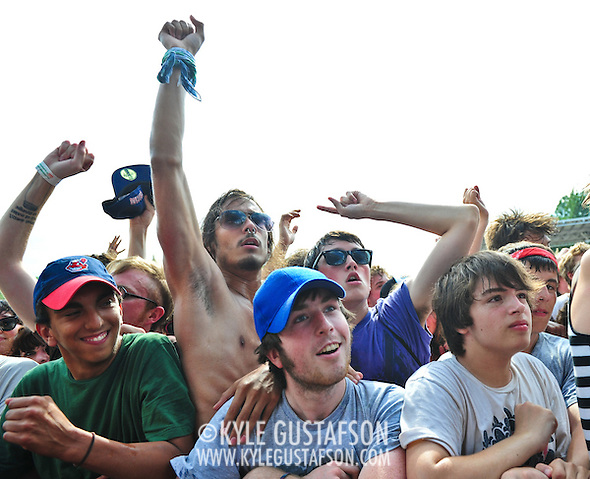