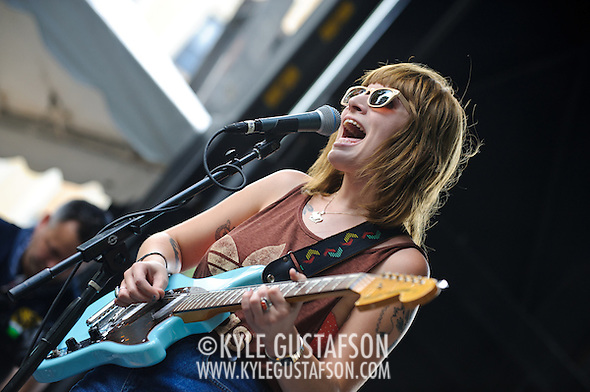 Best Coast might have been the most buzzed about band not named Pavement on the schedule last weekend at the Pitchfork Music Festival. There were lots of people talking about them everywhere I went. But when 1 p.m. rolled around on Sunday I wasn’t sure I was going to be able to catch them. A huge thunderstorm passed through Chicago about 5 minutes before we were ready to leave for the festival grounds.  Luckily it didn’t last long and we made it to the site and over to the B stage just as they started their set. 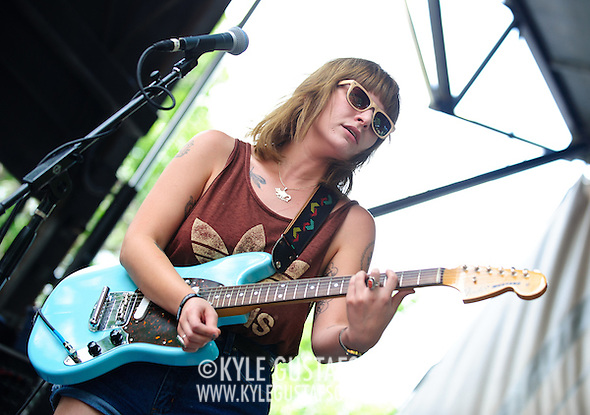 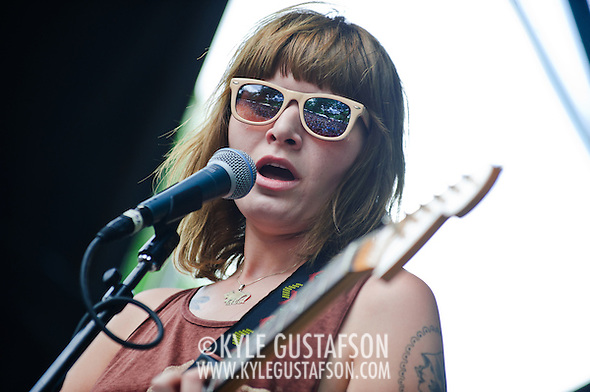 The light at the B Stage was difficult to get a handle on.  The stage was set up in a shady area and the stage had no lighting to speak of, so most of the light was pouring in from the open part of the stage, on the sides and directly behind the drum stand. It was tough not to blow out the background given the lack of natural light on the band. 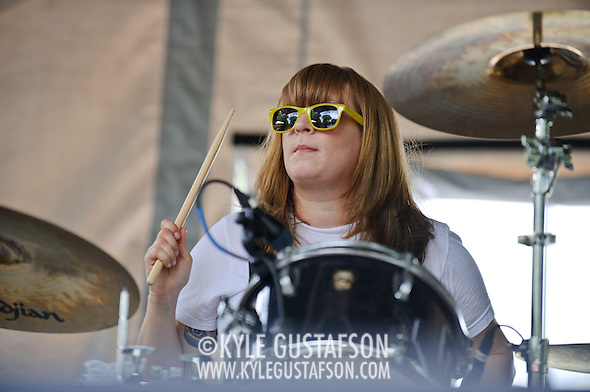 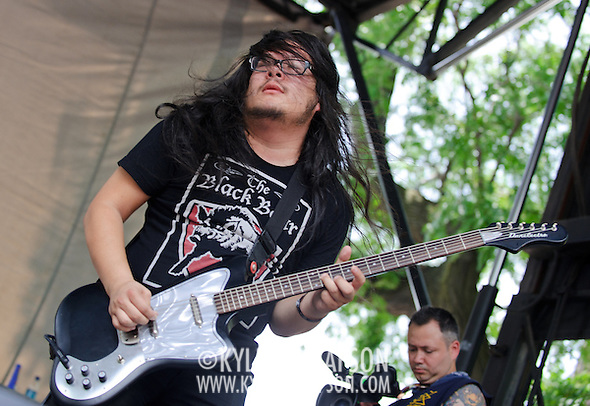 As for the music, I can’t recall much.  I was more worried about getting my shots and making it over to the next stage to shoot the next band. I’ll have to pick up a copy of the album and check them out that way. 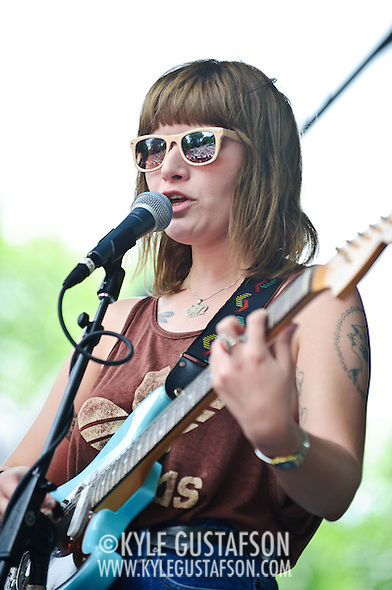 Be sure to check out all my photos from the 2010 Pitchfork Music Festival.