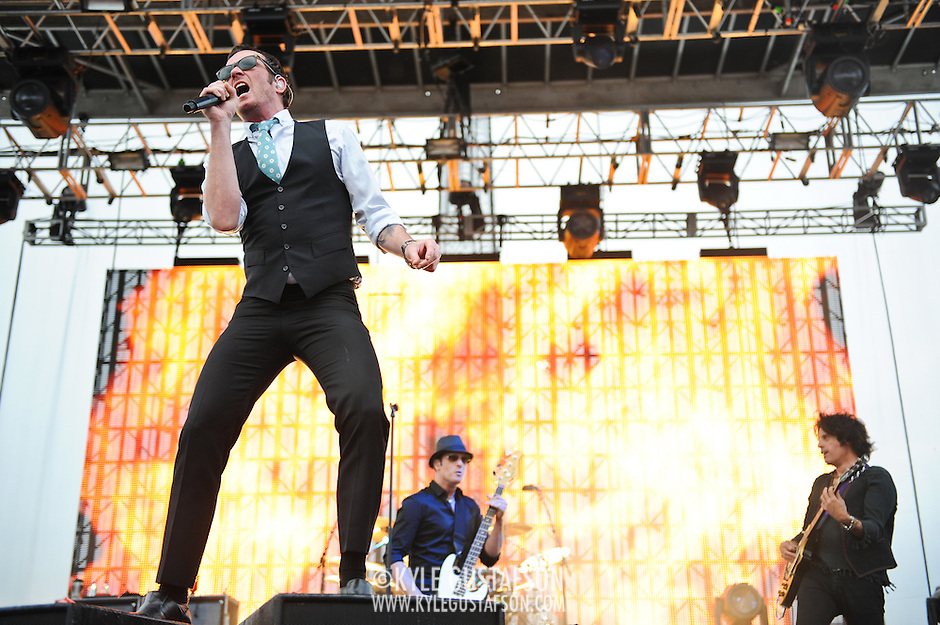 Ever since shooting Velvet Revolver at the Virgin Festival in 2007, I have made it a mission to shoot Scott Weiland whenever he plays in the greater D.C. metro area. His performance that day was as electric I have ever seen, commanding the audience through his charisma and machismo. It was pure rock n’ roll, plain and simple. 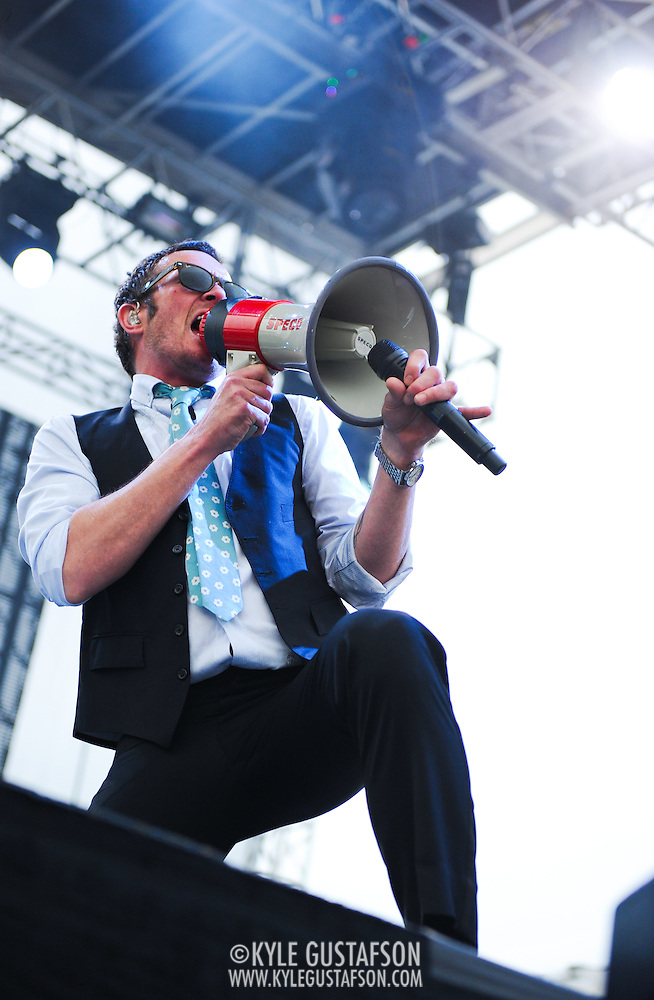 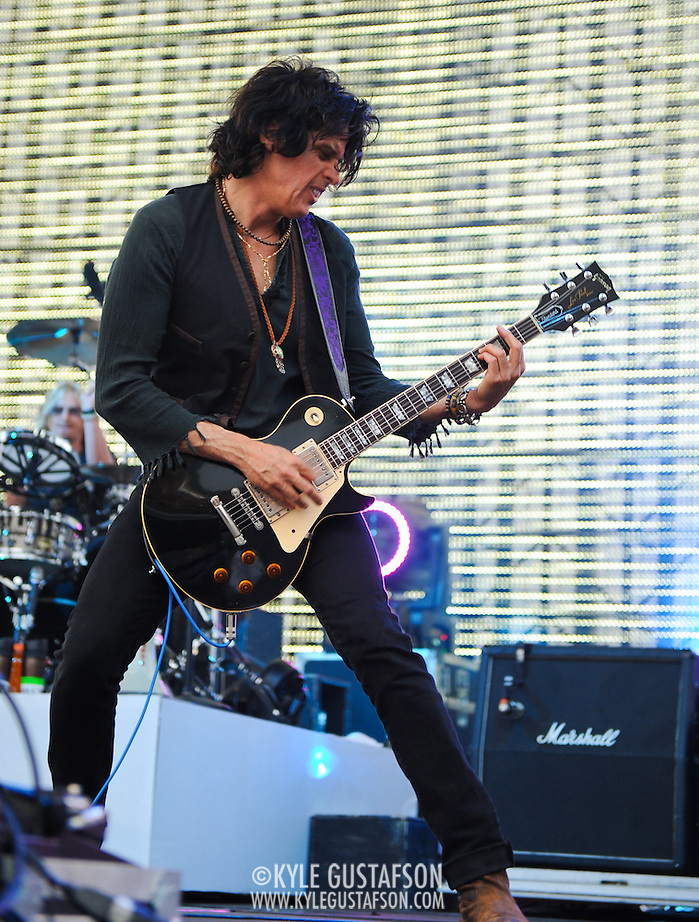 His appearance at Virgin Festival in 2008 was much more subdued but he had his mojo back last summer when played Merriweather Post Pavilion with STP. Saturday’s performanceat RFK wasn’t quite on par with his Velvet Revolver set in 2007, but the band turned in a headline-worthy set that undoubtedly left fans drooling for the band’s new, self-titled album which is being released today. 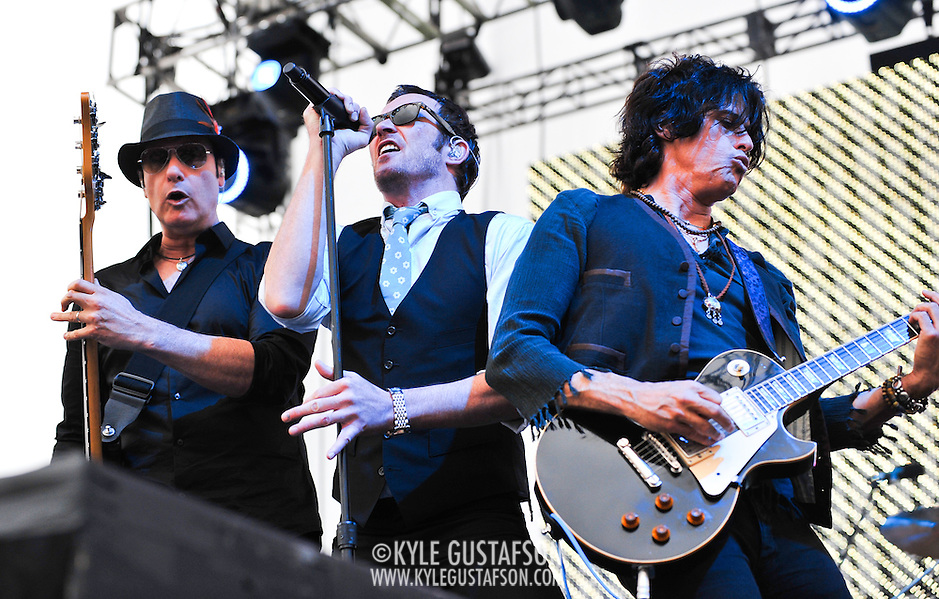 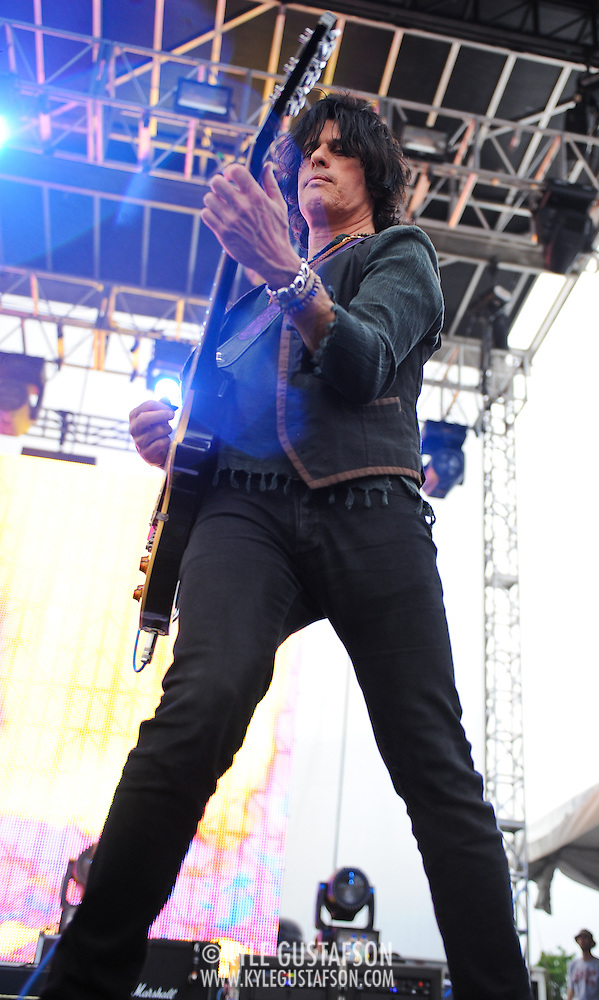 We were given three songs in the pit and we got three of the band’s best songs, “Crackerman,” “Vaseline” and “Wicked Garden.” Weiland was very energetic and totally going for it, running around the stage and whipping the crowd into a frenzy by jumping on the monitors on the front of the stage. 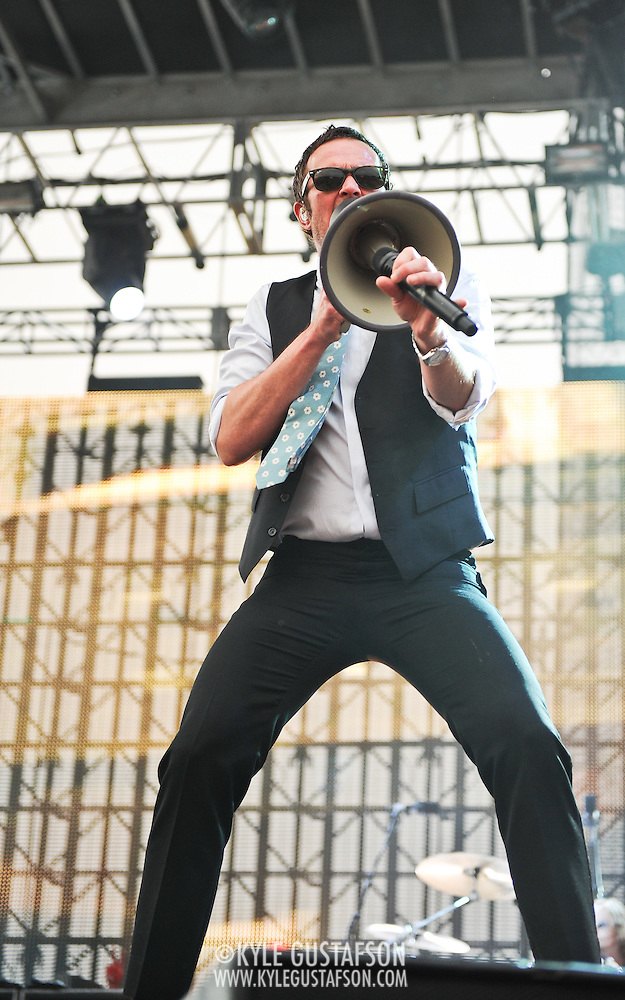 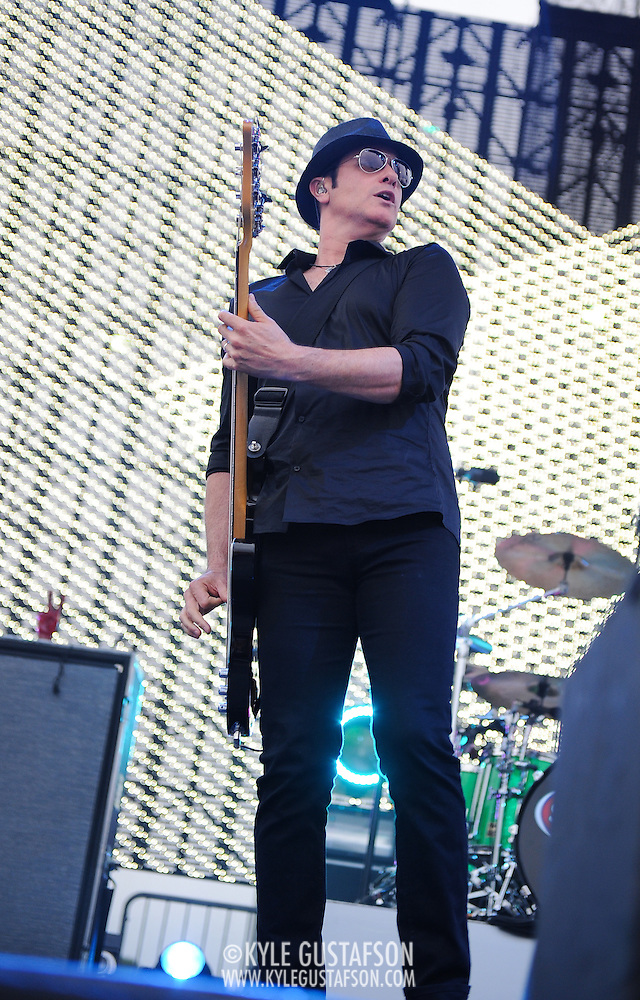 Dean DeLeo did his best to take some eyeballs away from Weiland, giving the crowd his best guitar moves and also interacting with Weiland whenever he could. His brother Robert seemed content to bob around the back of the stage when not singing backup. 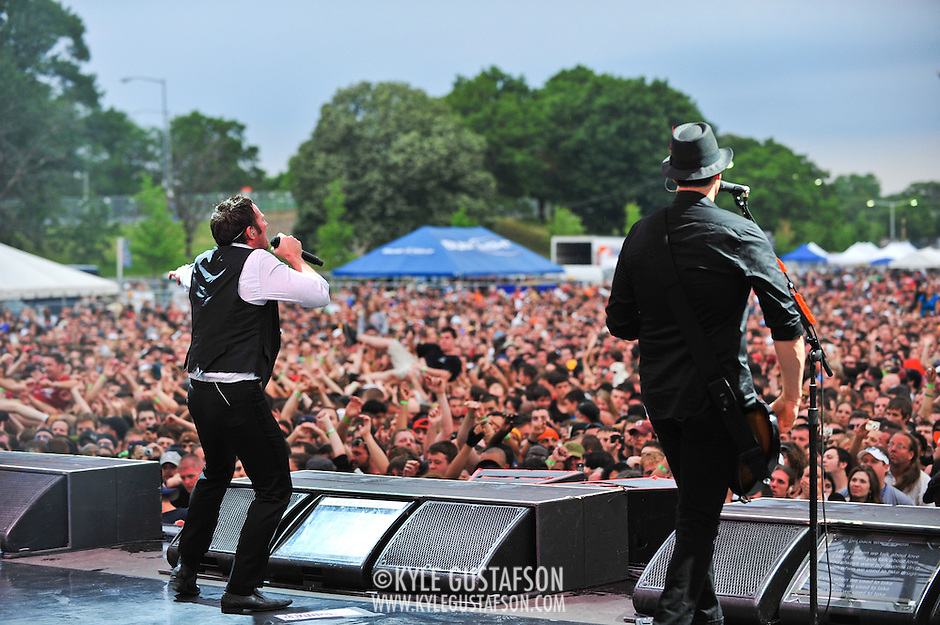 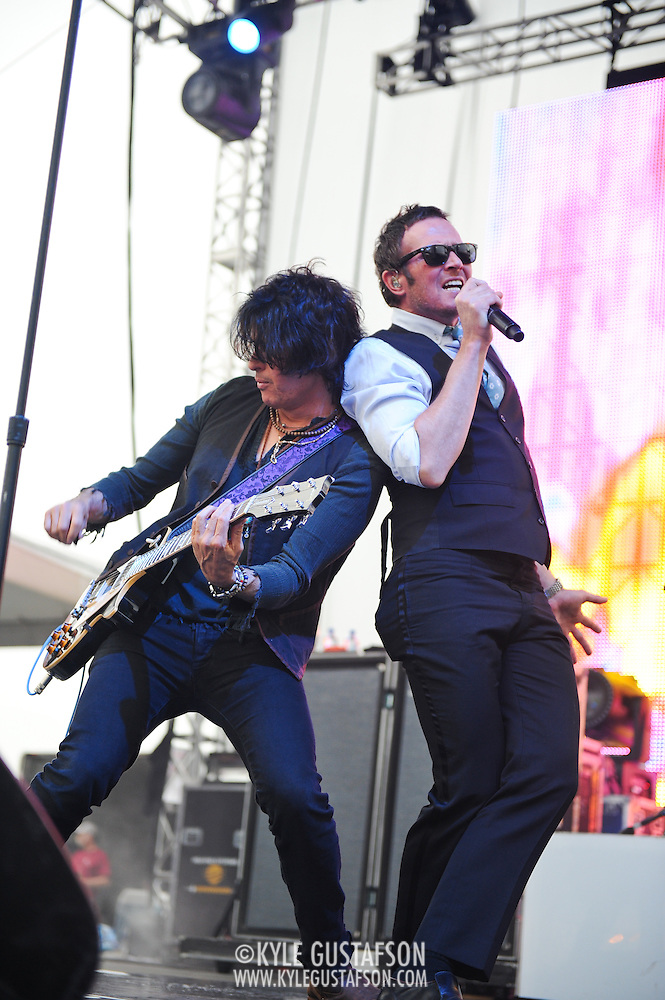 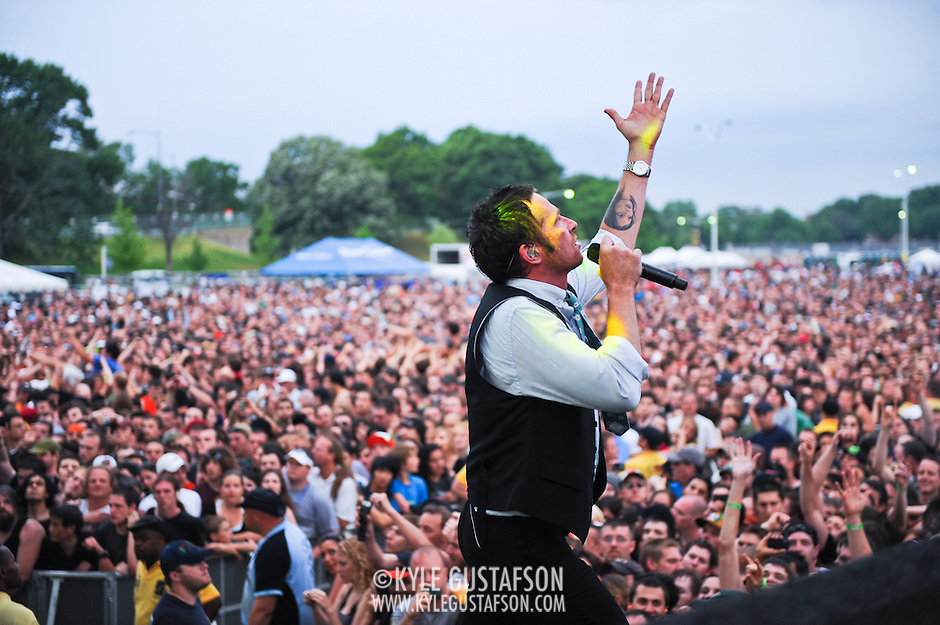 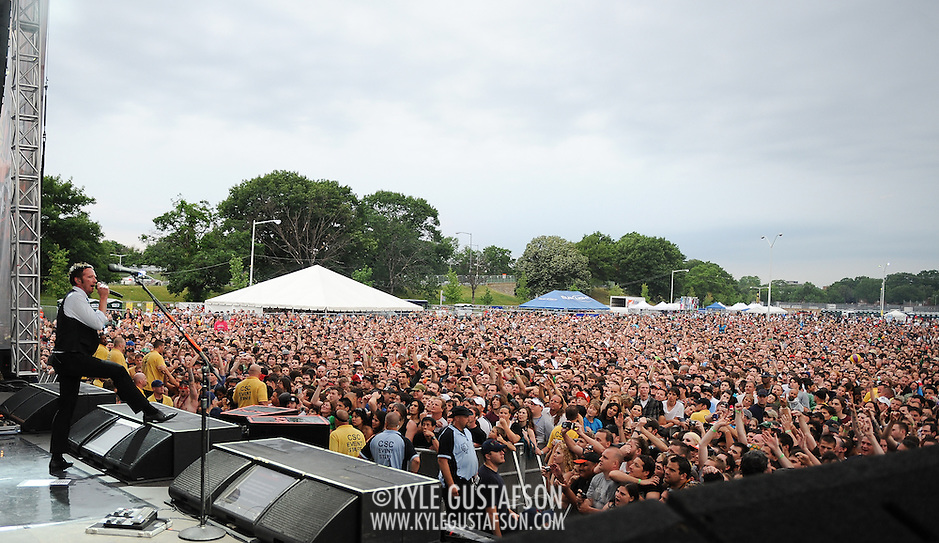 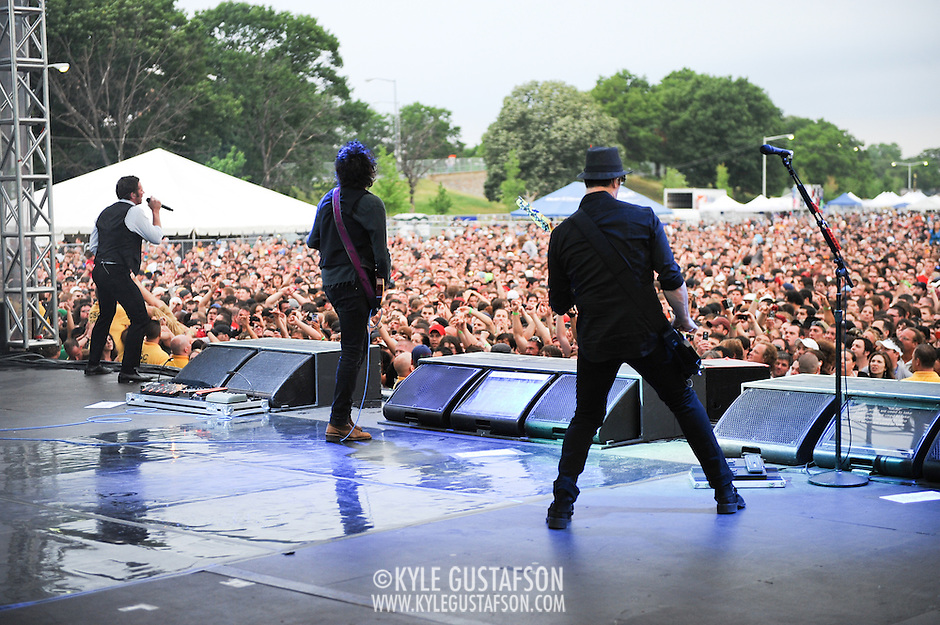 Check out the full photo set below and don’t forget to pick up a copy of the new Stone Temple Pilots album out today!