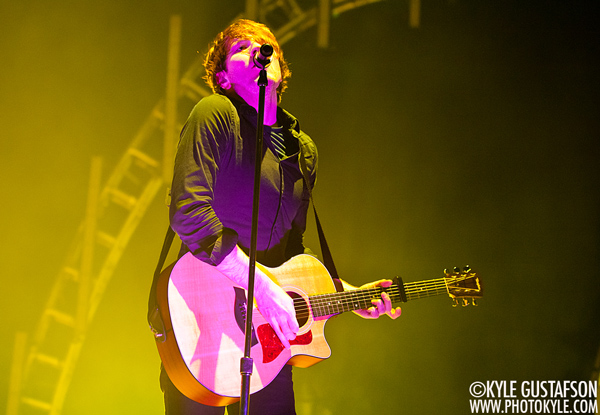 Last night I got a last minute assignment to shoot Adam Young, aka Owl City, during his performance at DAR Constitution Hall.  His hit song “Fireflies” is on the iPod of everyone under 18, so the audience last night definitely skewed young. 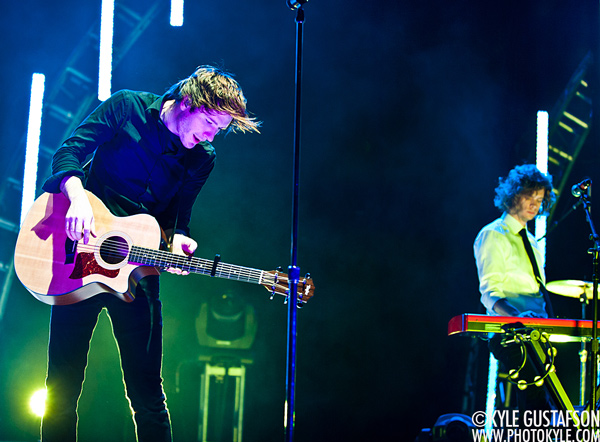 Young spent the first sing instrument free, but strapped on guitars for the next two songs.  Lighting was pretty harsh, more of the super-hot pink lighting bands seem to go for these days, coupled with deep blue washes in the back ground. I spent a lot of post production time trying to make Young look less sickly than the lighting made him out to be. Finally, during the very short third song, we got some regular lighting on Young. 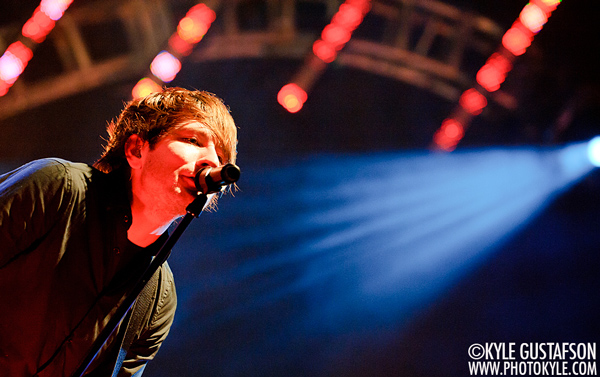 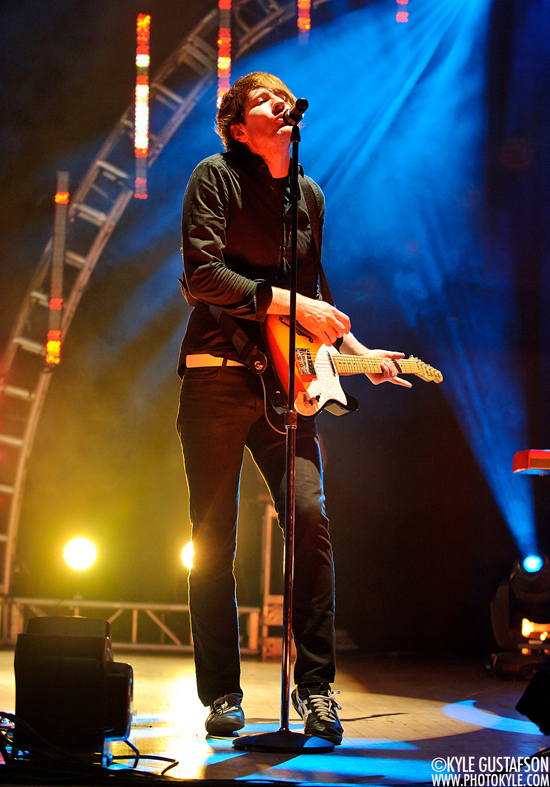 My movement was restricted a bit as there is not photo pit at DAR.  I was allowed to shoot in any of the three aisles, right, center or left.  As most of the people in front were standing, I spent songs 1 and 2 in the center but then tryies to move around a bit during the third song. Young moved around a bit but spent most of his time at the mic directly behind the stand.  he like his mic high so he has to reach up to sing into it, but given my lack of space to move around, it proved chgallenging to get a clean shot of his face as it was generally blocked by the stand and the mic. 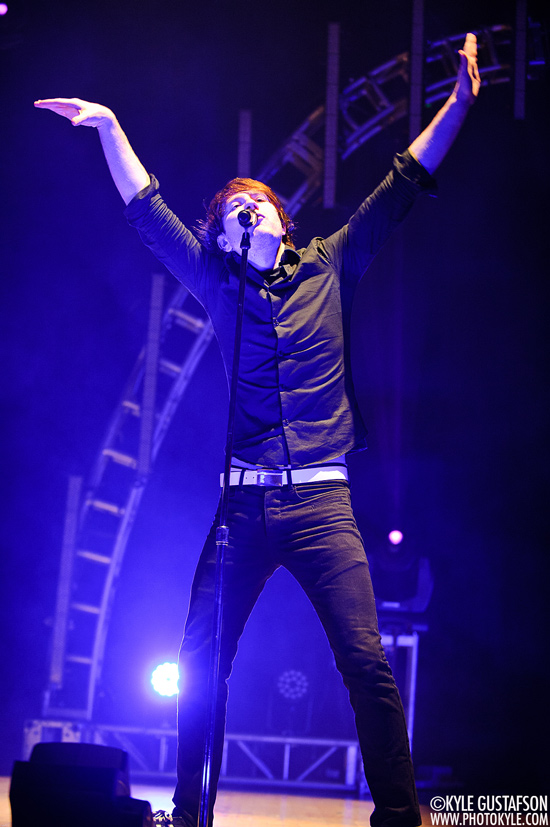 Check out Dave McKenna’s review for the Washingon Post’s Click Track Blog along with some of my photos.  Follow me on Twitter to see what I am shooting next. Full photo set below: