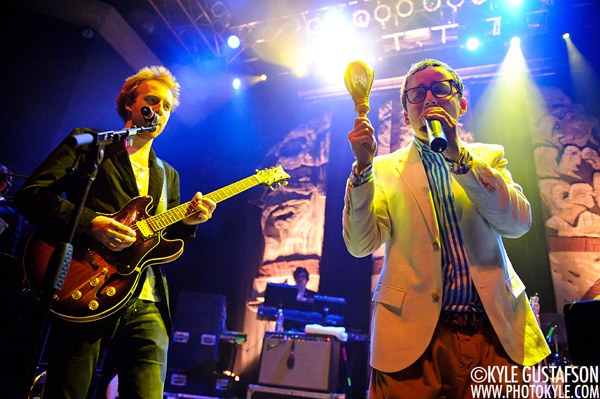 British elctropop collective Hot Chip hit the 9:30 Club on Saturday with The xx, resulting in a sold out show that quickly turned the club into one big sweaty, pulsating dance floor. 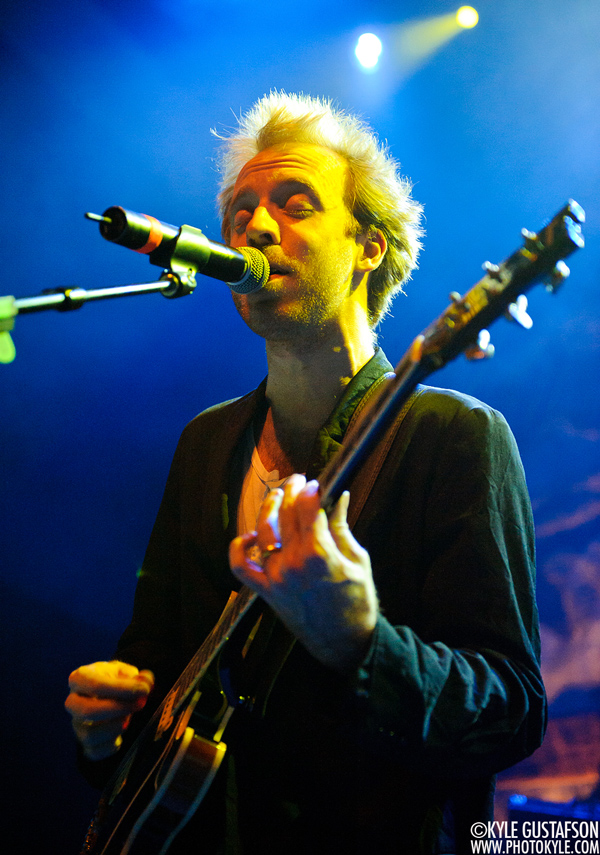 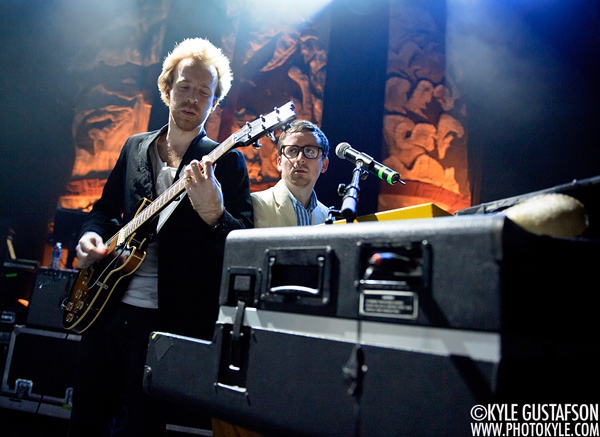 This was not an easy show to shoot.  There was no photo pit, which meant I had to shoot from the crowd.  Due to the amount of keyboards and sequencers that the band likes to use, I knew I had to get there early to have a chance at getting a spot in front.  I did and although it ended up working out, it was still a very challenging shoot. 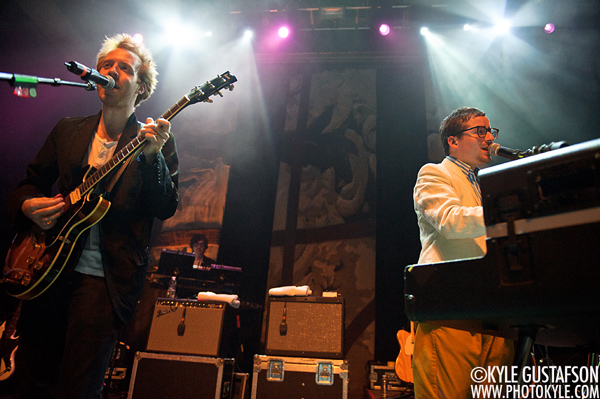 The right and left parts of the stage were taken up by a huge keyboard set up, so I was basically left to shoot whoever was performing in the middle of the stage, which ended up being singer Alexis Taylor and guitarist Al Doyle. Luckily this duo was fairly mobile and gave me a decent assortment of shots. 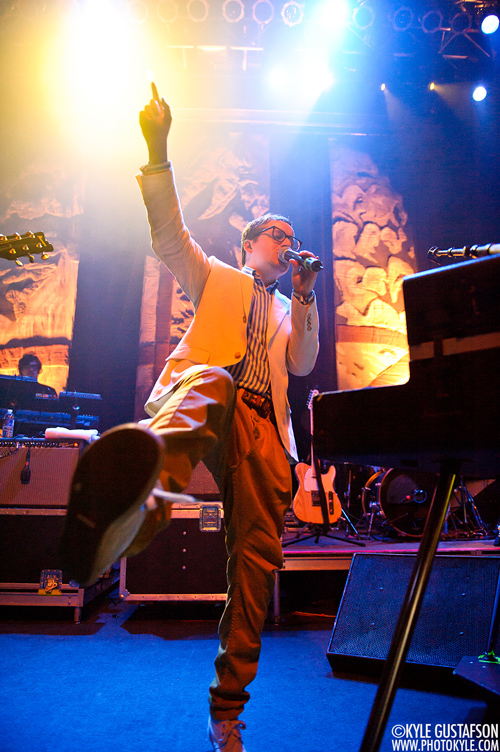 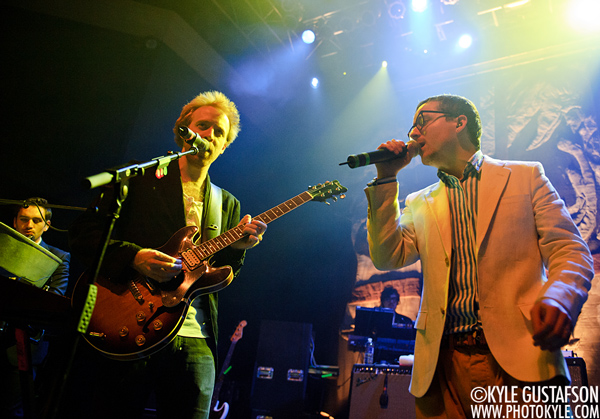