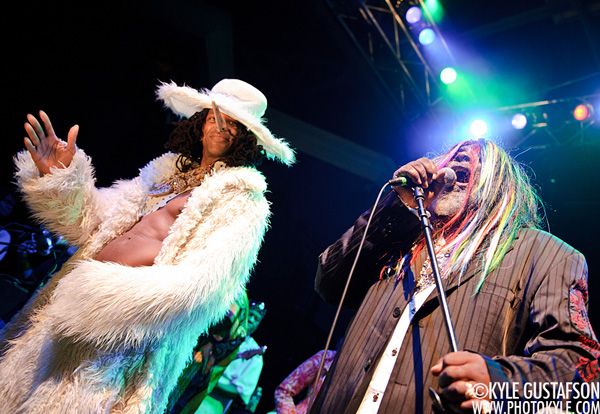 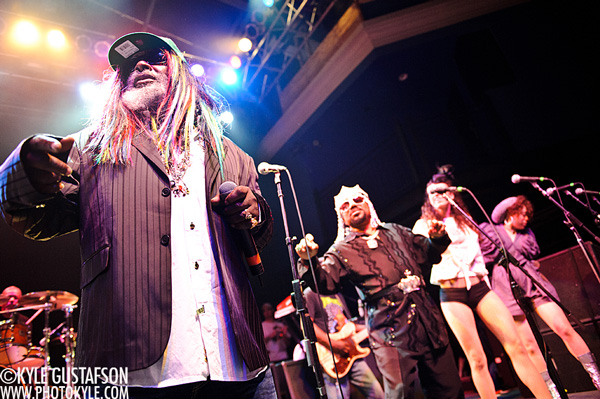 I had originally planned on taking a night off on Monday but I got a last minute assignment from the Post to cover the George Clinton and Parliament-Funkadelic show at the 9:30 Club.  Chris Richards had written a story that ran in Mondays paper trying to find out what ever happened to the band’s Mothership stage prop and the concert review and photos would be a follow up to that piece.  I had seen Clinton only once before, on the 1994 Lollapalooza stop in Charlotte.  Obviously, this was over 15 years ago and Clinton is now approaching 70 years old.  But he, and his group, can still bring it live. 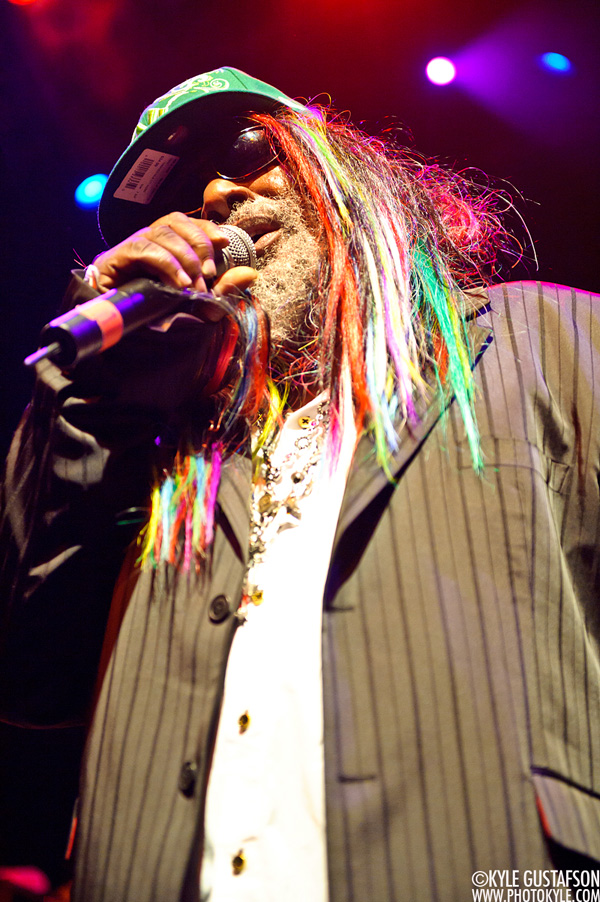 The band were scheduled to go on at 10 p.m., but when I arrived just after 9:30, bassist Lige Curry led the Funkadelic/P-Funk All-Stars through a bit of a warm up set.  Then at around 11p.m., Clinton and the band strode onto the stage in full regalia (in the case of Gary Shider, this meant a diaper). 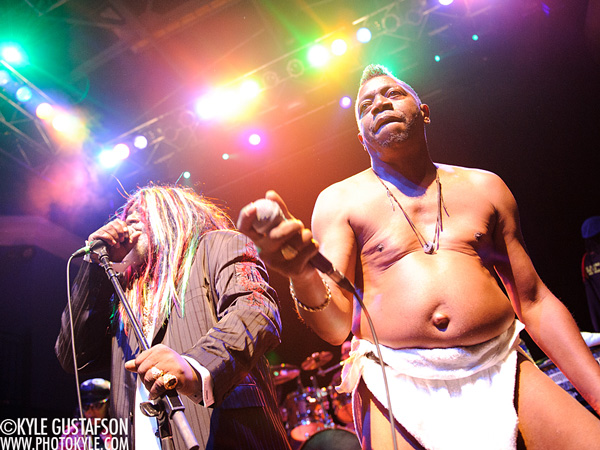 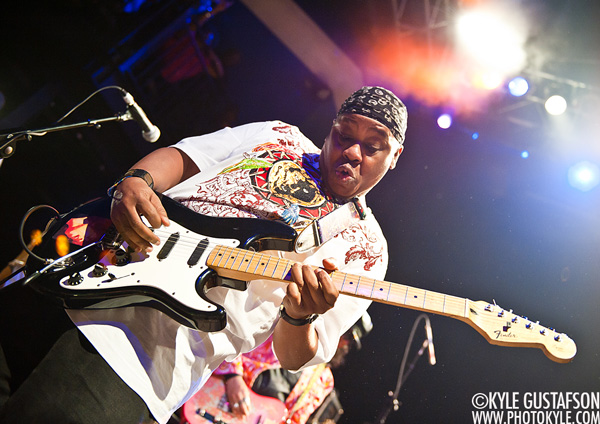 There were so many people on the stage it was hard to get clear shots of everyone, there always seemed to be a mic stand in the way. A three-piece horn section, numerous guitarists and back-up singers all crowded the front of the stage, surrounding George who was in the center of it all. 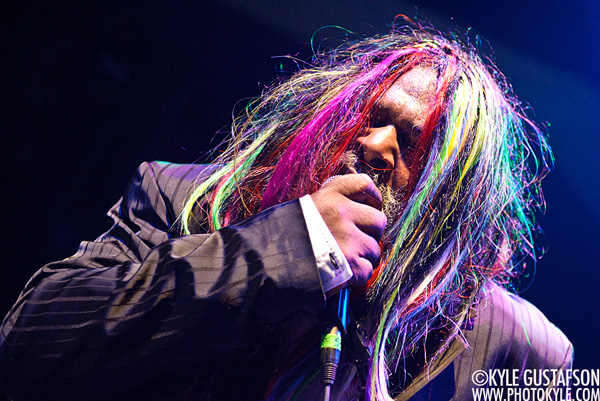 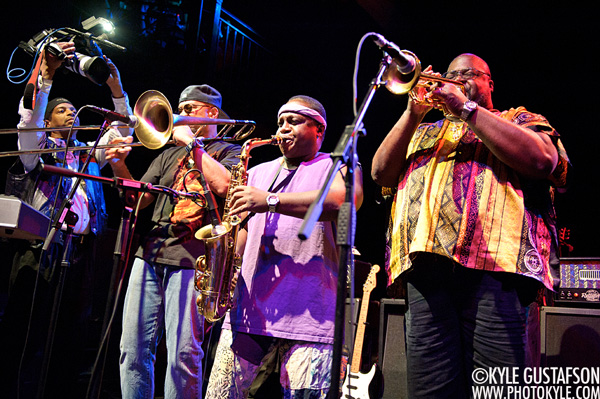 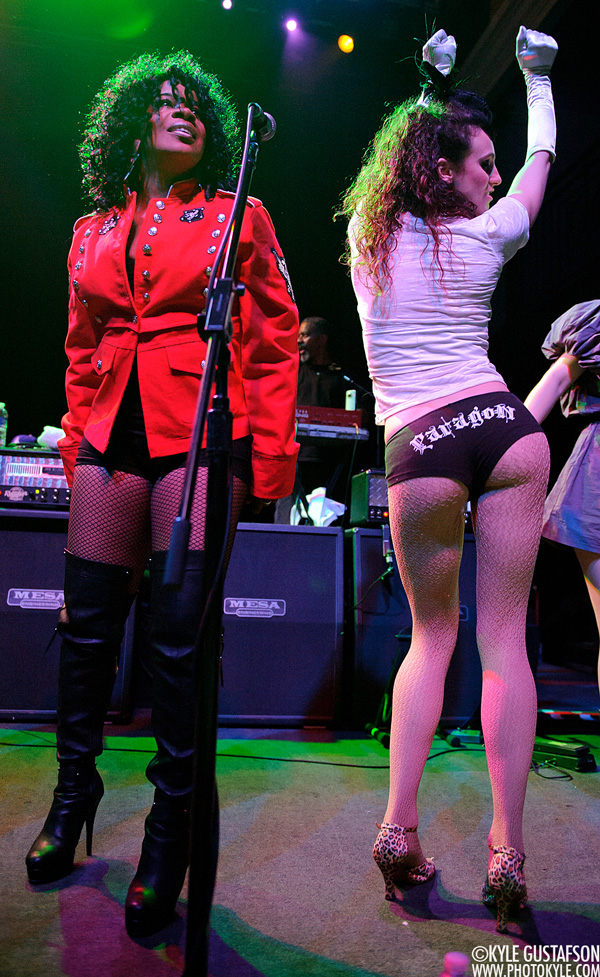 This turned out to be a great gig in more ways than one.  These shots ran in a blog post on Tuesday and one of the photos accompanied the review on the front page of washingtonpost.com!  That was pretty exciting.  And then they received front page placement in the Wednesday’s Style section. 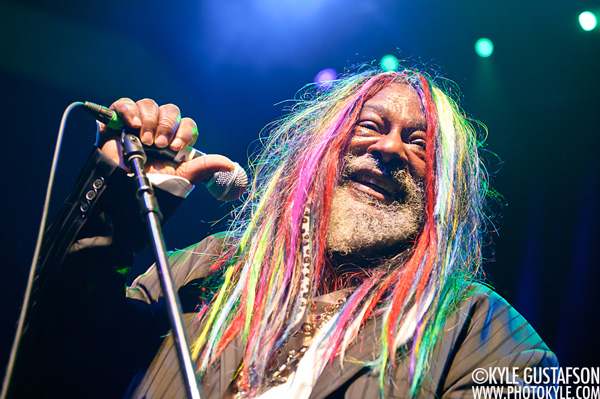