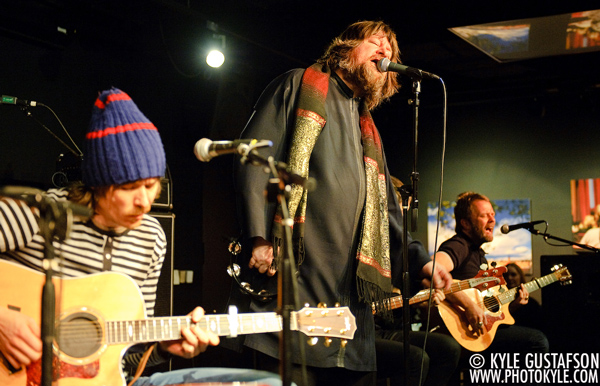 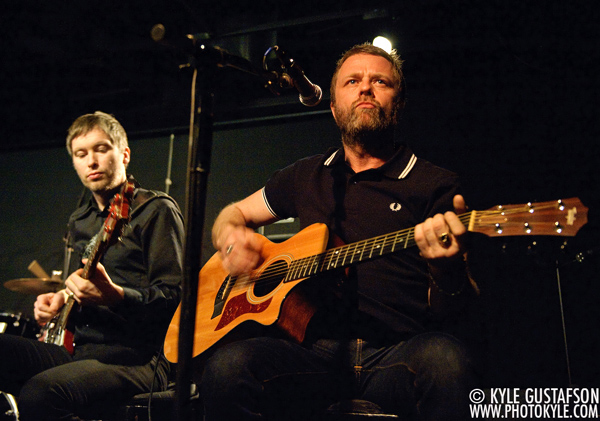 Swedish rockers The Soundtrack of Our Lives played a special acoustic set at the House of Sweden here in D.C. before their regularly scheduled gig at the Black Cat later that night. Known all around for having one of the best live shows out there, I was interested to see how the band would handle a stripped down show in such a tight space. 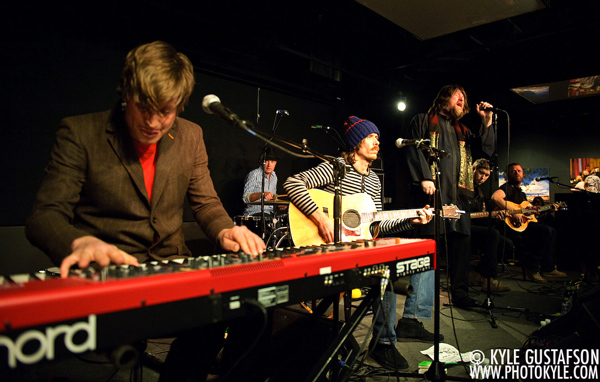 Even though the band was seated, they still played with their usual fire and intensity.  Lead singer Ebbot Lundberg paired his stage antics down a bit but still played the role of frontman to the hilt. The stripped down sound (only the keys and bass were plugged in) actually let the bands meoldies and vocal harmonies shine through and it put a new spin on their material.  A brilliant rendition of their “hit””Sister Surround” was fleshed out with some lovely backing vocals that are a bit buried in the recorded version. 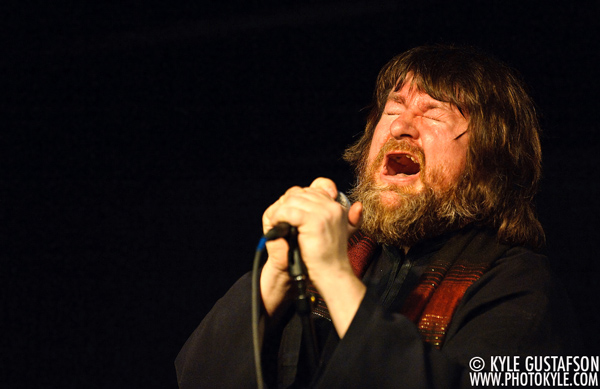 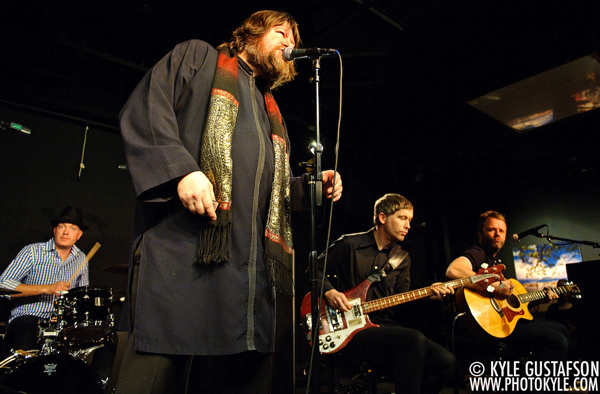 Shooting this show was a bit of a challenge. The room is basically a conference room with a stage and lighting system and its filled with tables in the front.  So I was forced to crouch down and sit on the floor in the front, so as not to block anyones view.  This meant a lot of shots looking up at the band. All the wide shots were from my 24-70/2.8 but I did take a few snaps with my 70-200/2.8 VR I while standing on the sides of the stage.  I stayed mostly at ISO 4000 on my Nikon D3. Ebbot asked for the lights to be turned down before the third song, so I’m glad I got most of what I needed in the first two. 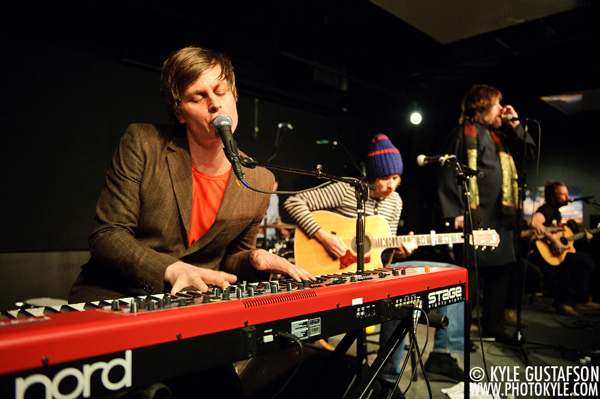 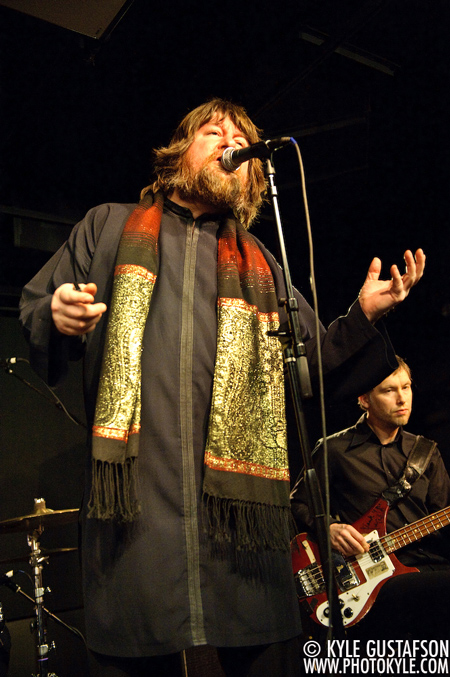 Head over the the Click Track blog to read the review of the show. 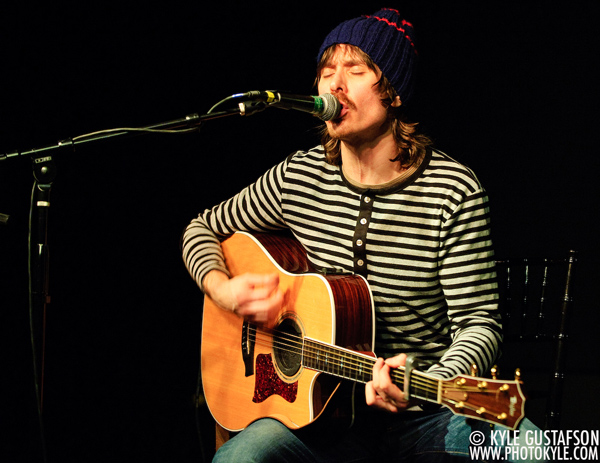 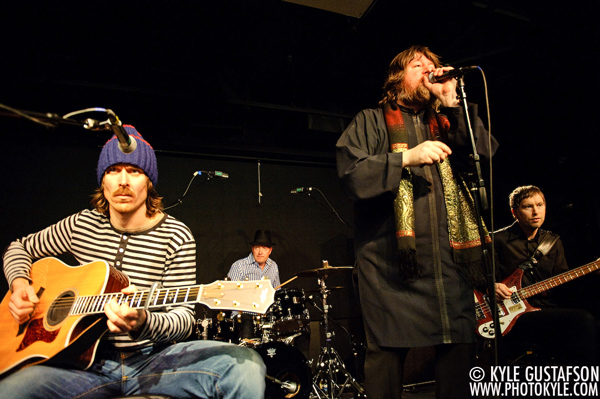 House of SwedenThe Soundtrack of Our Lives
0 Comments