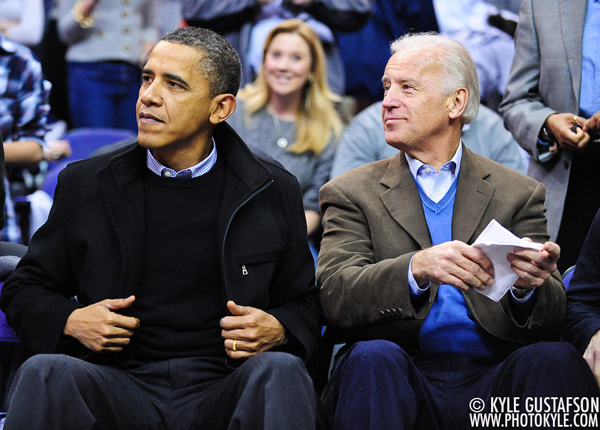 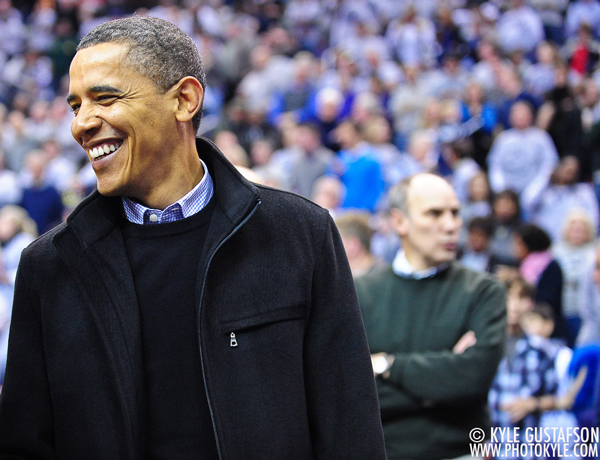 What’s the one thing that could take last Saturday’s Top 10 match-up between Duke and Georgetown to another level? The attendance of the nation’s most powerful basketball fanatic, President Barack Obama. Being a photographer in Washington D.C. gives me the opportunity to shoot politicins all the time, but I never thought I’d be covering two different event with appearances by the President in a scant four months. I had the pleasure of hearing the President speak at this year’s HRC Dinner in October. 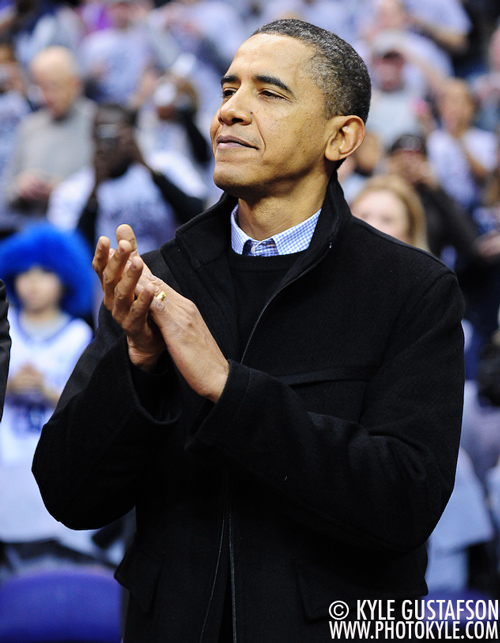 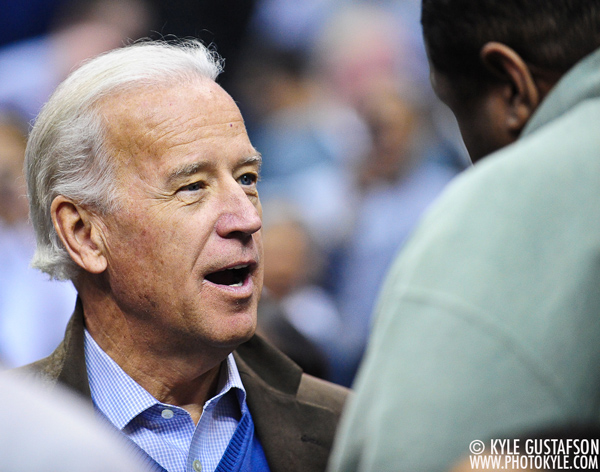 President Obama did not come alone on Saturday.  far from it in fact.  Vice President Joe Biden was there along with Press Secretary Robert Gibbs, Senior Advisor David Axelrod and Chief of Staff Rahm Emanuel. 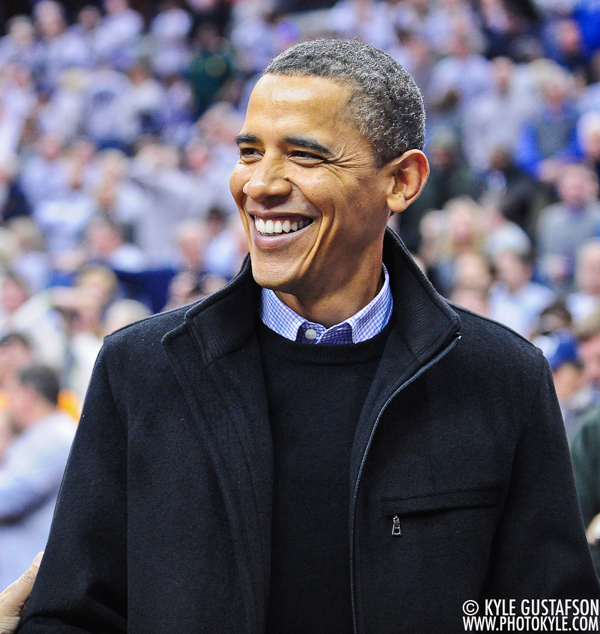 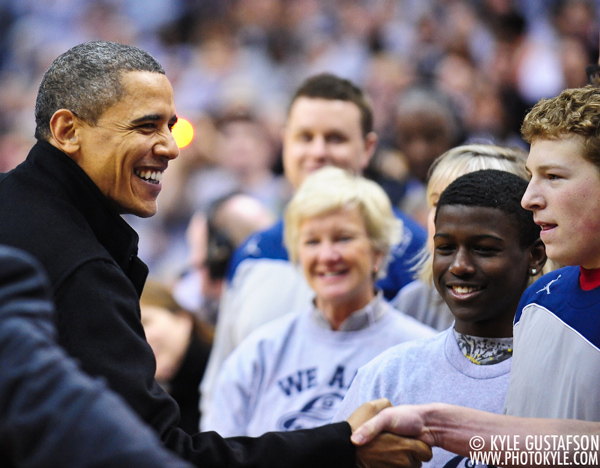 The press scrum to get shots of Obama coming out of the tunnel and taking his seat were pretty intense. In situations like that I try and get the best spot I can and go with the flow once the action starts.  Secret Service was everywhere and doing their best to keep us all in a very tight space.  was on the far end of the crowd and didn’t get many good shots of his entrance, but The President actually walked past his seat almost to half court before realizing his mistake and turning around, turning my bad location into one of the best. 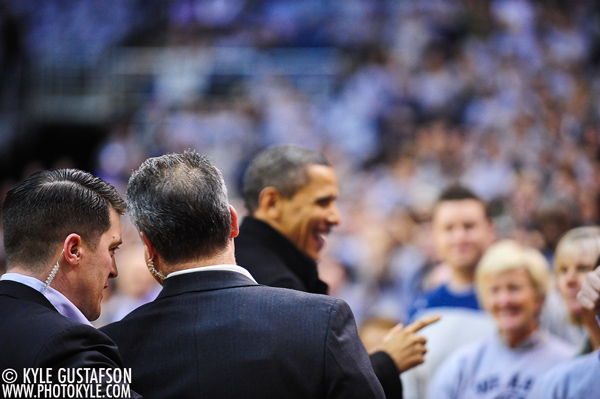 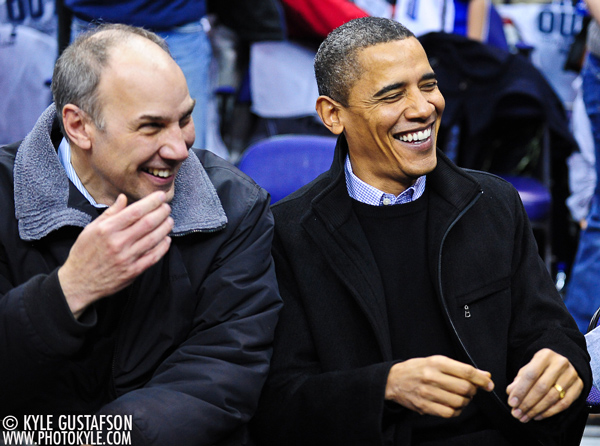 At halftime the photographers gathered into another big group to watch everyone come pay their respects to the president.  D.C. Mayor Adrian Fenty was there along with former Georgetown Head Coach John Thompson and Washington Post writer/ESPN talking head Mike Wilbon. You can see all of those photos over on DCist. 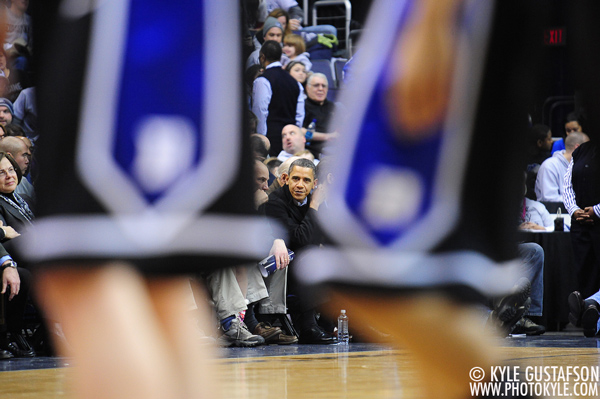 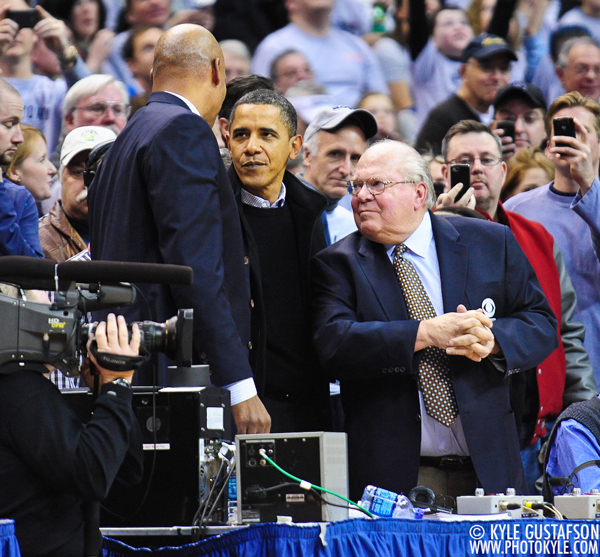 There is a special thrill taking photos of The President out in public, interacting with his constituents.  President Obama definitely radiates charm and oozes charisma.  He had the whole building eating out his hands.  It was a sight to see. I hope to have the chance to do it again soon. 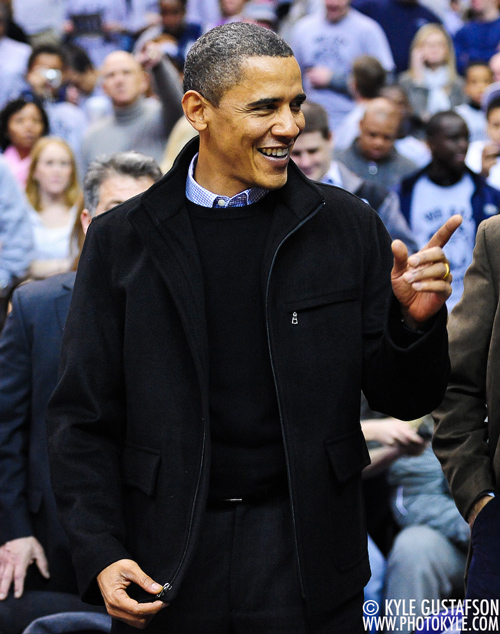