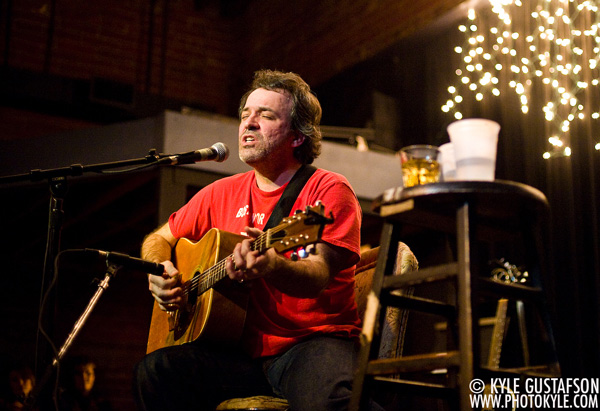 This was the first gig I shot solely with my new Nikon D3. Iota was the perfect place to try out my new rig in a demanding low light setting and I was not disappointed. I shot most of these photos at ISO 3200 and they look better than my 1Ds Mk II at ISO 1600. 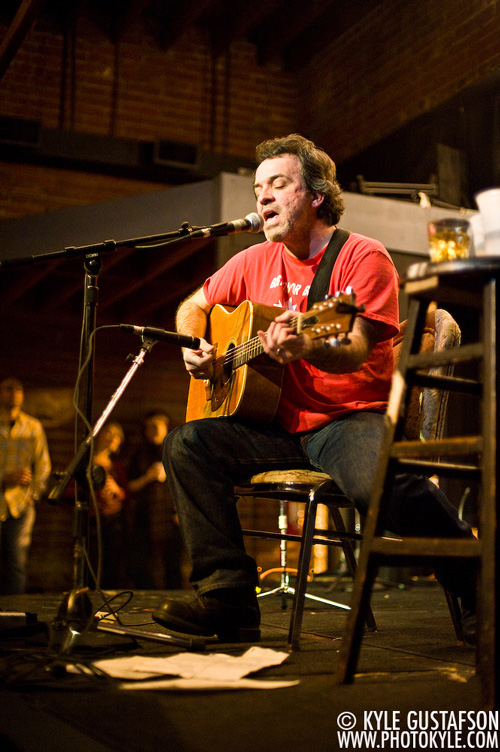 The set up for this gig was a bit different from most Iota shows in that it was a seated show.  That limited me a bit in my ability to move around the club and prevented me from staking out a spot in the front of the stage. Another limitation was my lack of Nikon lenses.  At this point I just had the 50mm/1.4 and nothing else.  I’ve since remedied that by selling of a bunch of my Canon gear and buying a 24-70/2.8 and 70-200/2.8. 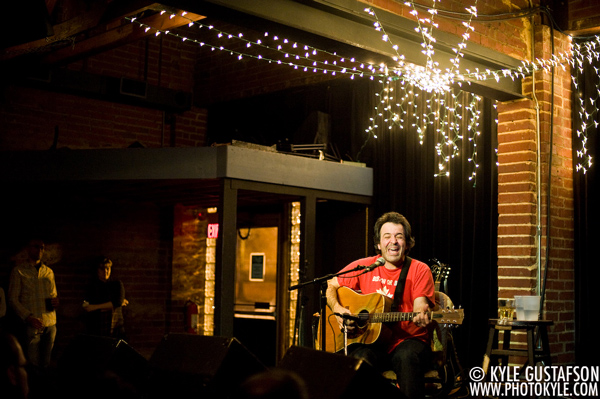 The show itself was pretty amazing.  A friend of mine swore by the Pernice Borthers album The World Won;t Listen and burned me a copy but I never spent much time with it.  That’s a shame because Pernice played a few songs from that album early in the set and they were brilliant. I made a mental note to try and find that CD and rectify my error. 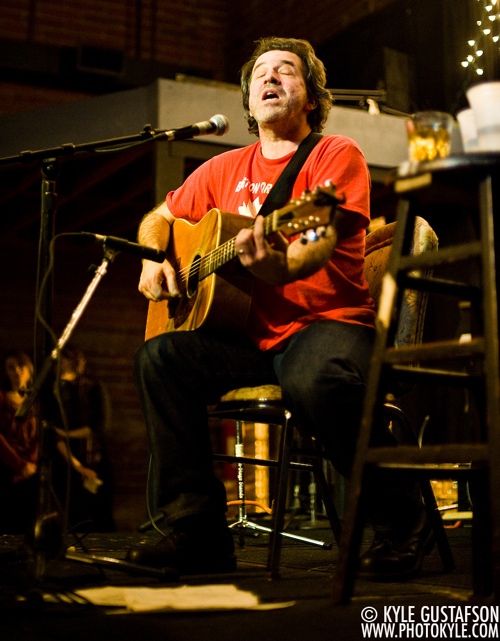 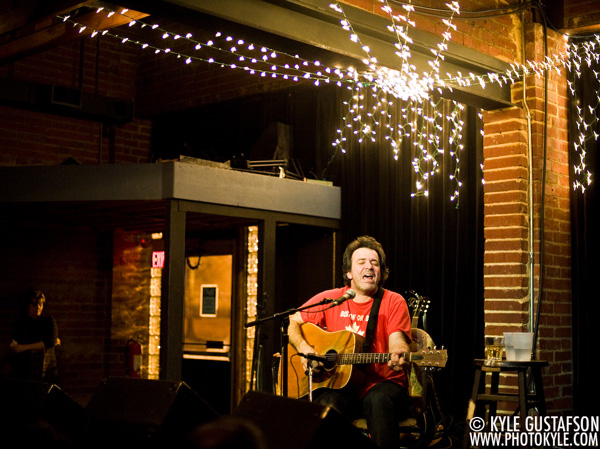 Pernice has a very engaging stage presence and chats quite a bit with his audience.  He even called me out for taking photos!  “I’m about to go Tiger Woods on your ass,” he jokingly growled at e before breaking into a big laugh.  “Wait,” he continued, “I guess that has different connotations these days.”  What he was referring to is probably my biggest (and only) gripe with the Nikon D3, the shutter is very loud and it’s very apparent in a quiet setting.  I tried to do my best at only snapping photos at opportune times and not taking more shots than I needed, but there was only so much I could do.  I replied to Pernice that I would cease taking photos if it was bothering him but he told me not to worry about it.  Still, after getting a few more shots up front, I moved to the back to get a few wider shots and then put my camera away.  There’s nothing I hate more than when a photographer causes a distraction at a show and I certainly didn’t want to be that guy. 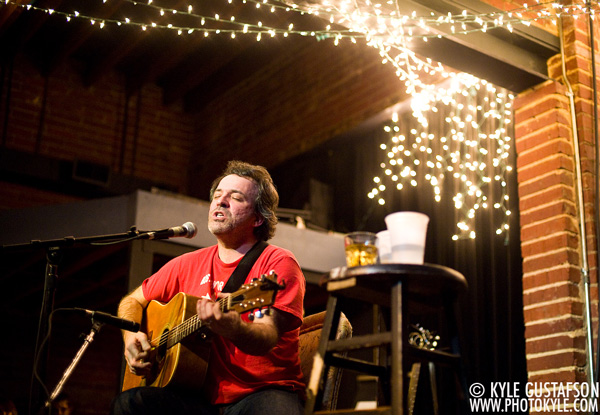