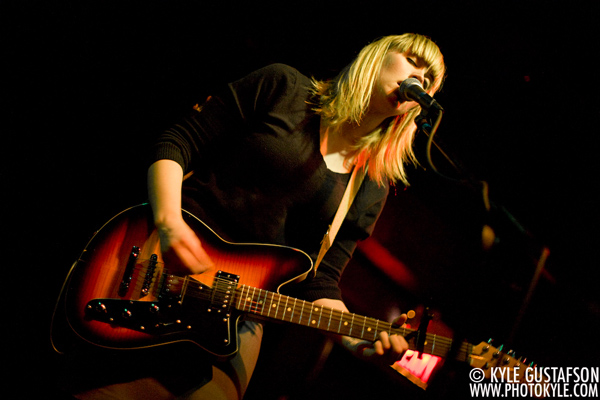 Baltimore-based duo Wye Oak have generated a lot of buzz in the short time they have been together.  Their stop at the backstage of the Black Cat was the last date in their short winter tour and they went out with a bang. You can read the Washington Post’s review of the show here. 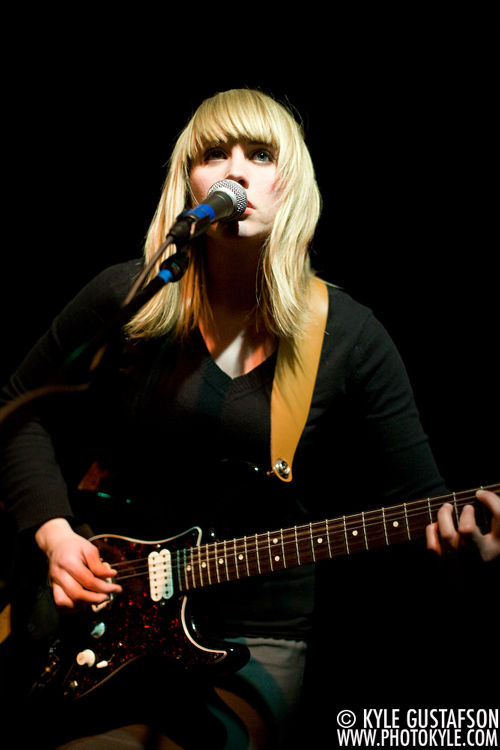 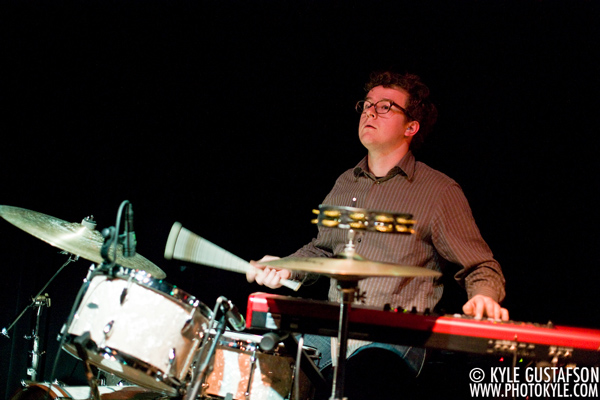 I used to dread shooting in the Backstage room at the Black Cat, but the club has upgraded the lighting in the room recently and it’s actually a fun shoot now.  The lights are mounted high on the ceiling, so they can use a nice, bright light without blinding the acts.  A lack of backlighting really gives you the chance to get a dark background to play around with. The only drawback is that when a musician sets up out of the light, toward the back of the stage like the drummer here, you’re not going to get many good shots of them.  Oh well. I shot this show with my 1DS mk II and a 50mm/1.4. 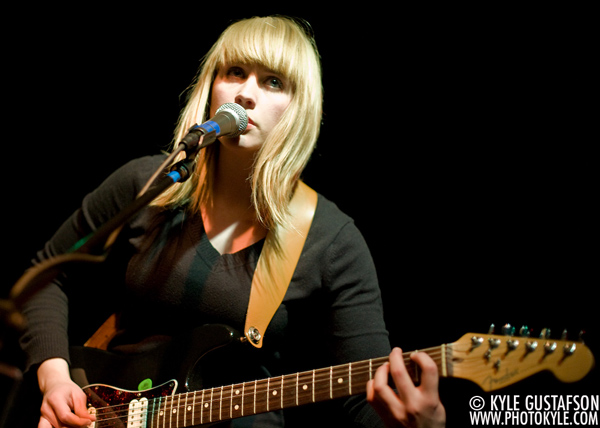 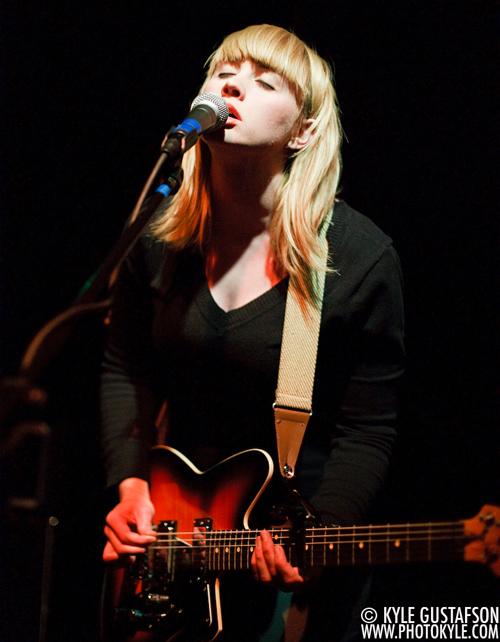 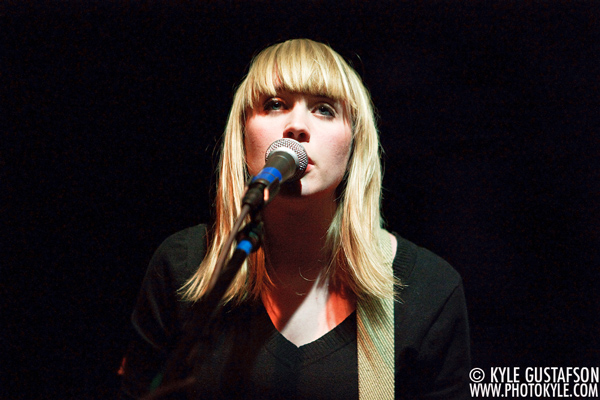