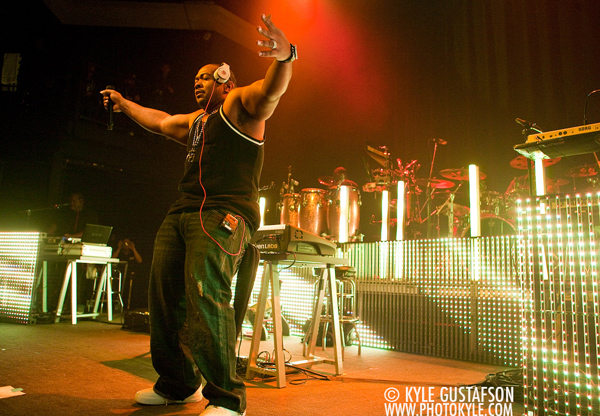 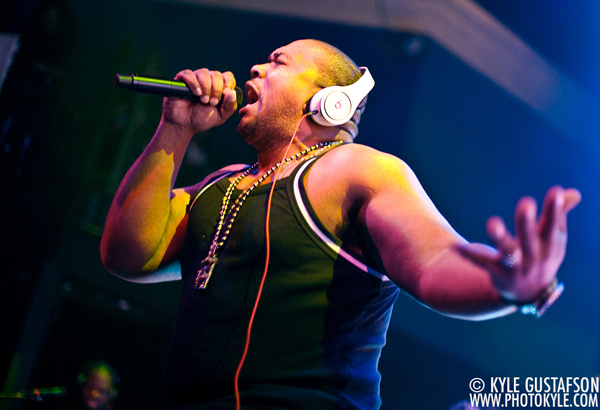 You probably wouldn’t think hip-hop producer Timbaland is much of a performer (I know I was very skeptical going into this show), but you’d be surprised at the energy and showmanship he produces on the stage. His limited singing ability was masked somewhat with Autotune, but the crowd did not care. Hands were in the air and asses were moving the entire show. 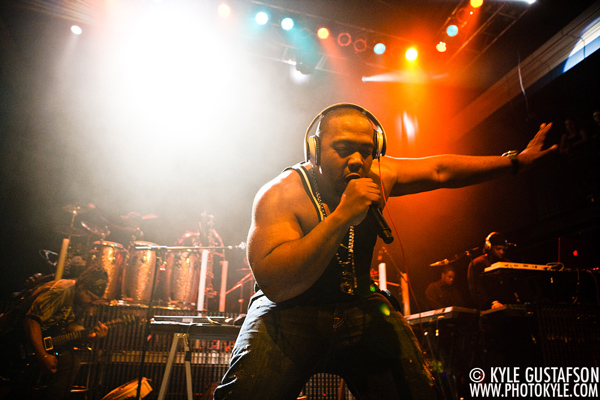 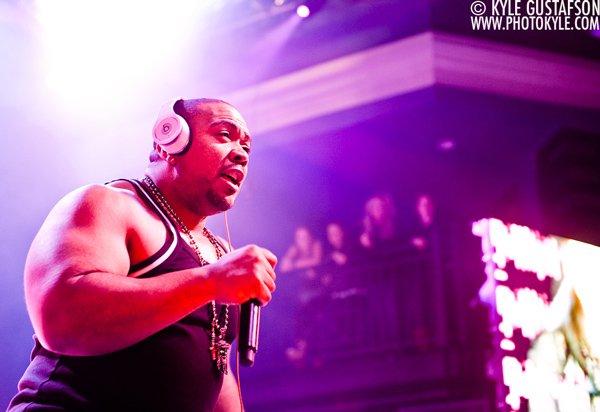 The night was billed as “Timbaland and Special Guests”, which was a bit misleading seeing how guests like Drake appeared only in the video form on the life sized screens on both ends of the stage, but Timbaland didn’t spare any money on the stage set up and light show, which allowed him some leeway from the crowd as he ran through a number of songs from his collabo-heavy album, Shock Value II. 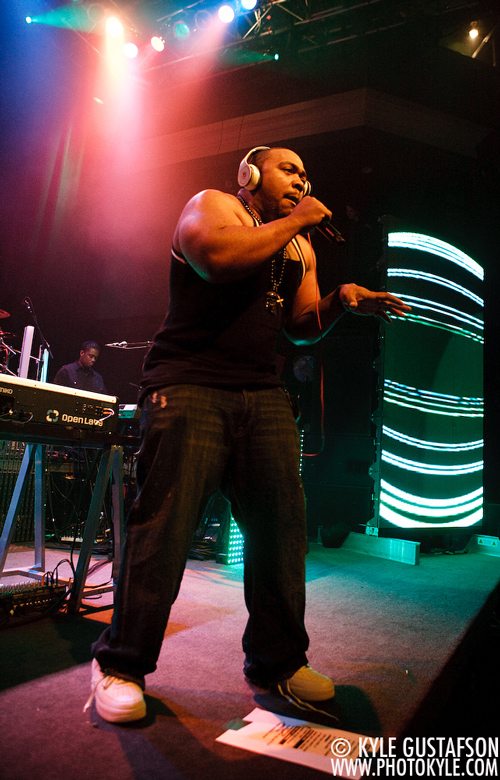 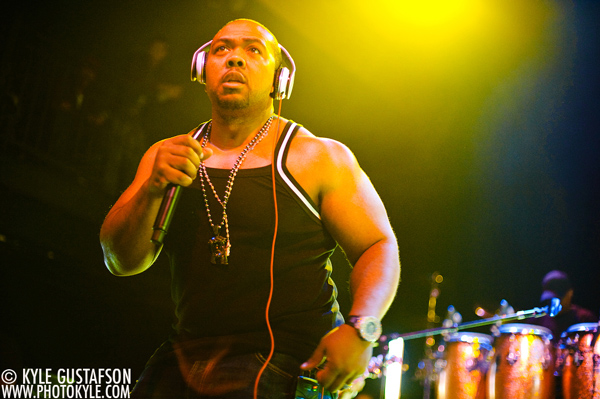 This was my first gig with my new Nikon D3.  I’m still learning the whole Nikon control system and have only bought a Nikon 50mm/1.4  lens so far, so I also brought my 1Ds mk II with my 24-70/2.8.  The lighting was challenging at times, so I used the Nikon then and went wide with the Canon when the lighting allowed.  Overall, it was a good combo, but I must say I was amazed at the low-light performance from the D3.  Enough so that I have no hesitation switching brands.  But more on that later. 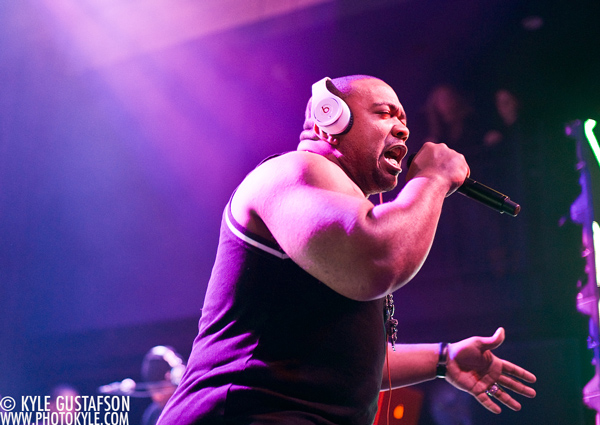 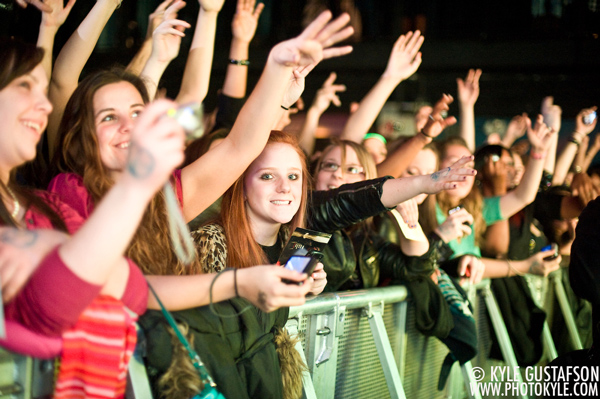