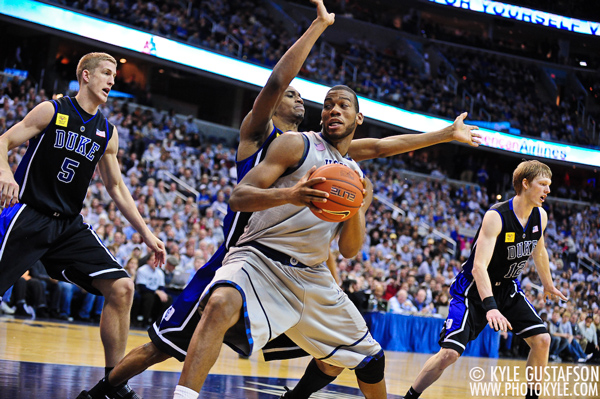 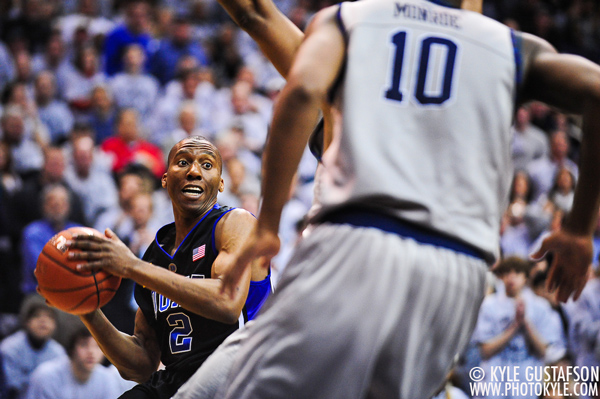 Yesterday was a day that I will remember for a long time.  I’ve been a Duke fan for over 20 years and I ever thought I would have the opportunity to shoot one of their games. Sure, the outcome wasn’t what I wanted (far from it) but it was quite a thrill to sit on the baseline a few feet from the Duke bench and take in all the action from such a great vantage point. 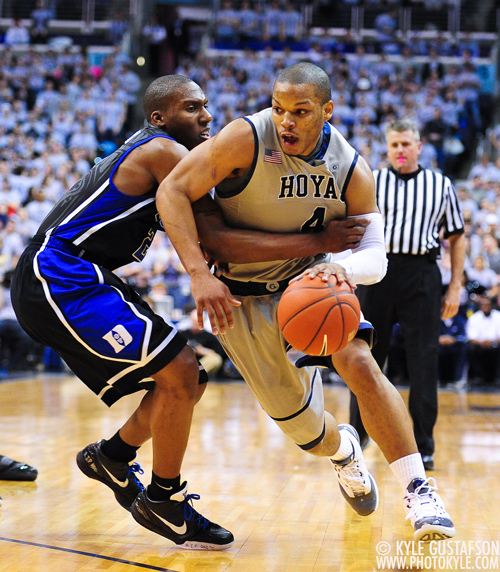 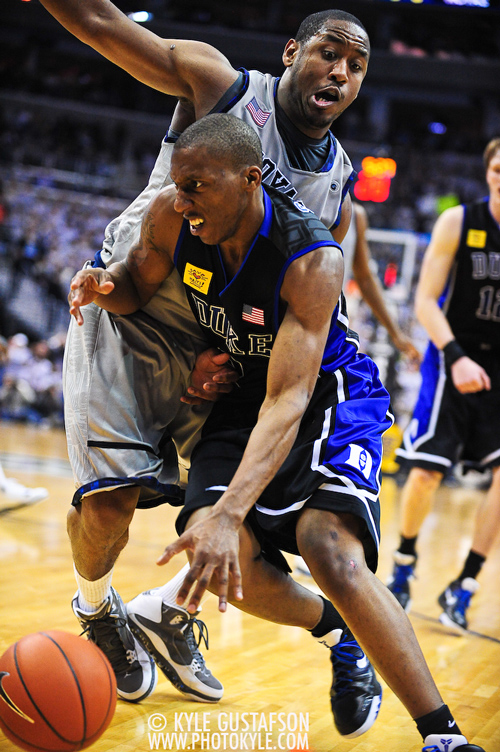 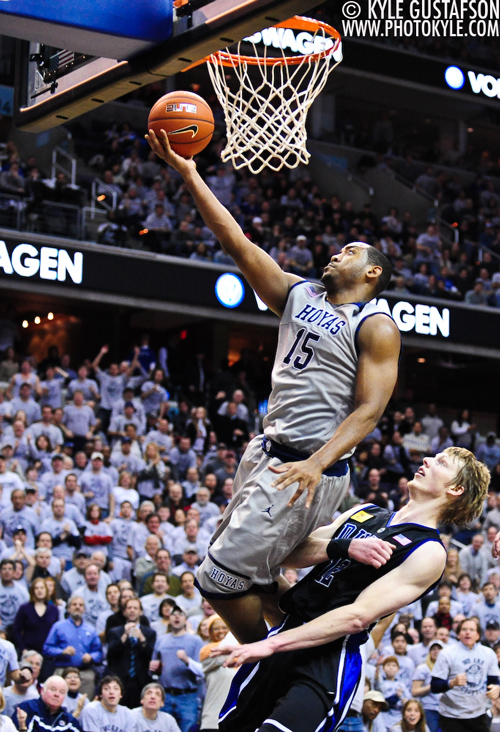 Naturally I ended up “watching” most of what I saw through my camera viewfinder, but even then it was easy to see how much Georgetown’s defense bothered Duke.  The Devils never found a rhythm on offense and often ended up with contested jumpshots. Easy baskets and good looks were few and far between. 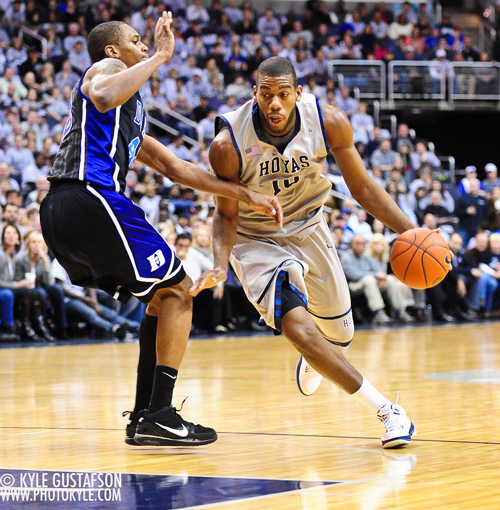 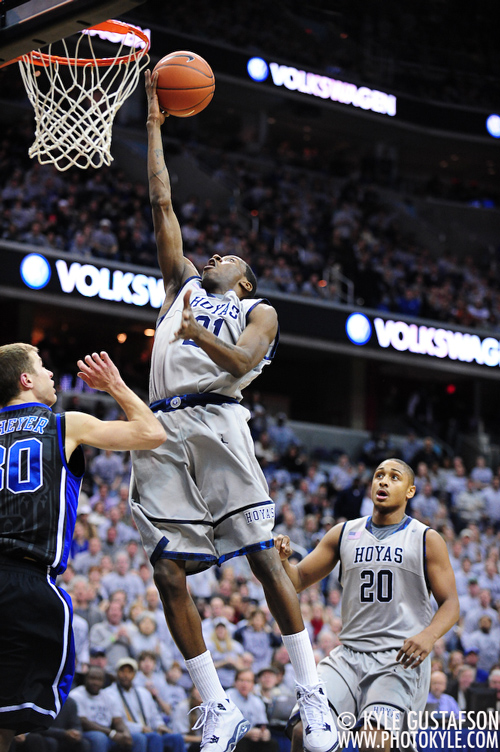 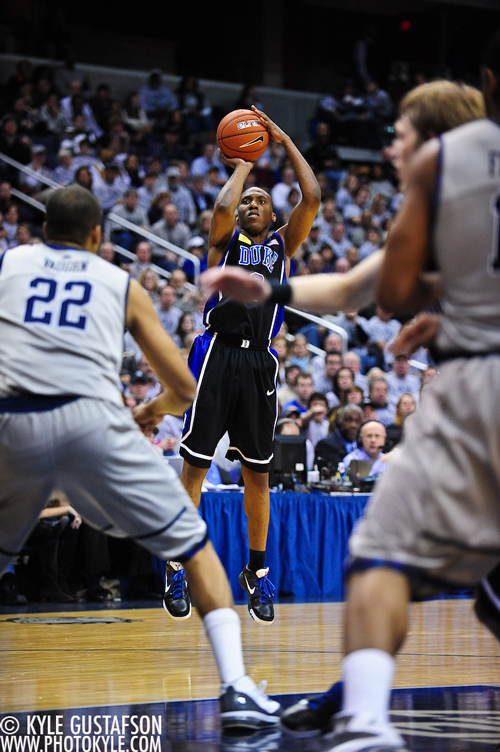 Georgetown on the other hand, had no problems getting good shots, particularly in the lane.  Duke’s front court did not have an answer for former Duke recruit Greg Monroe down low.  He led the Hoyas in what turned into a rout in the second half. Georgetown shot over 70% from the field for the game and made Duke look as bad as I can remember. 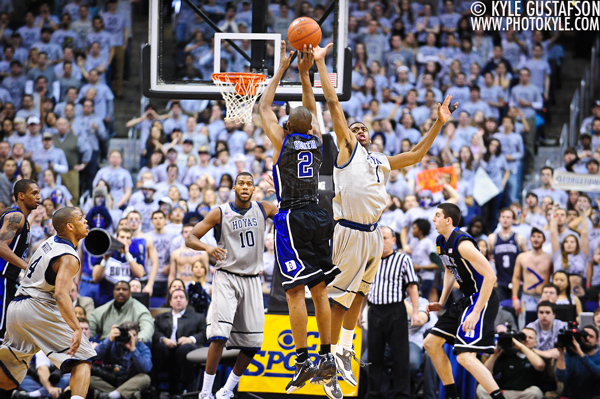 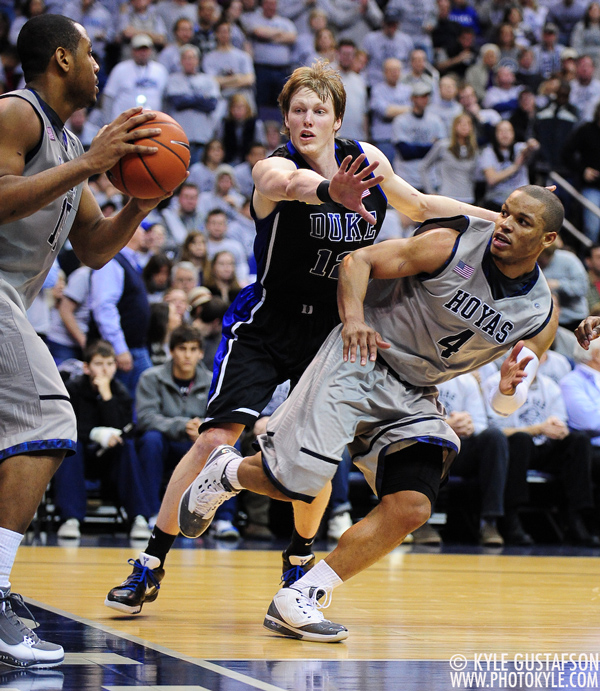 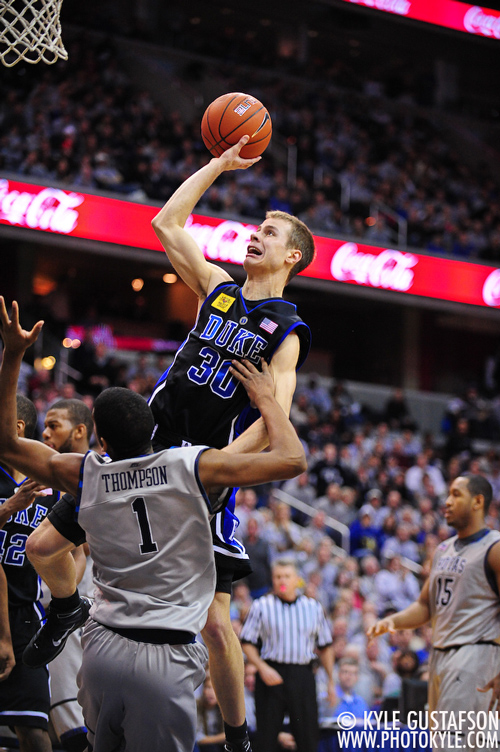 This was my first opportunity to shoot a sporting event with my new Nikon D3.  To say I came away impressed would be a huge understatement.  All of these shots were taken with a 70-200/2.8 at either 2500 or 3200 ISO. Doesn’t look like it does it?  Most of these photos are straight out of the camera. 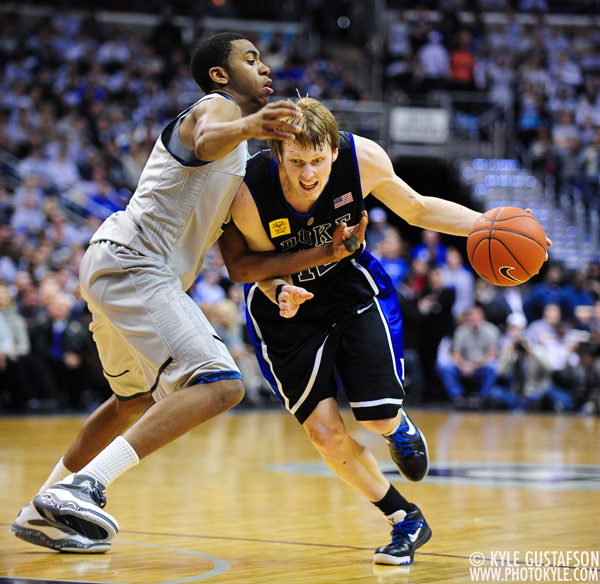 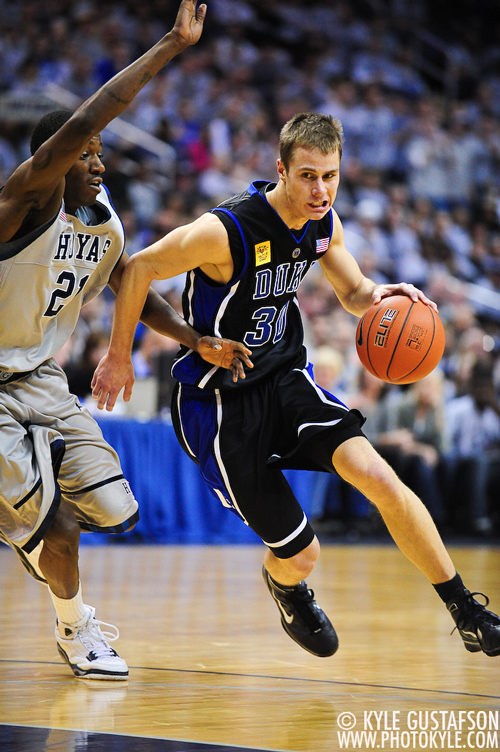 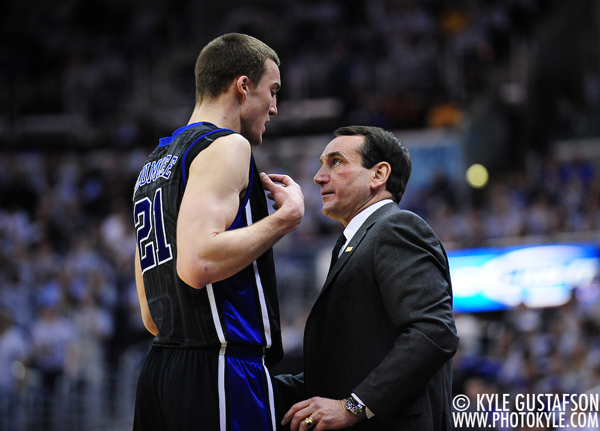 Oh yeah, President Obama and most of his cabinet were there too.  And I sat directly in front of Tracy McGrady. I’ll have all of those photos for you on Monday.