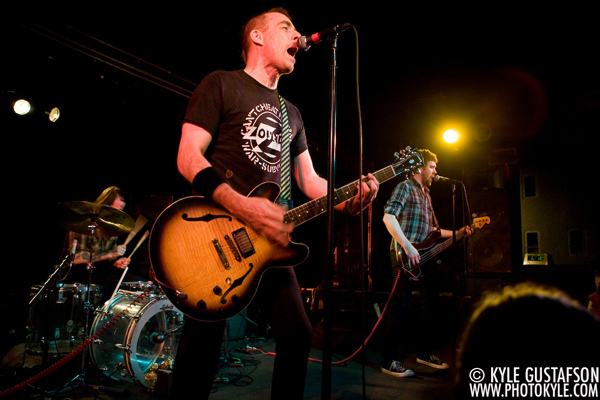 When I moved to Washington D.C. in the summer of 2004 the first gig I saw in my new hometown was Ted Leo at the Black Cat. I actually took a blind date with me, which turned out to be a bad move as I left her to go up front and enjoy the show and never came back.  The show was THAT good.  And I am very happy to report that Ted is just as captivating in 2009 as he was back then,  more so in fact. 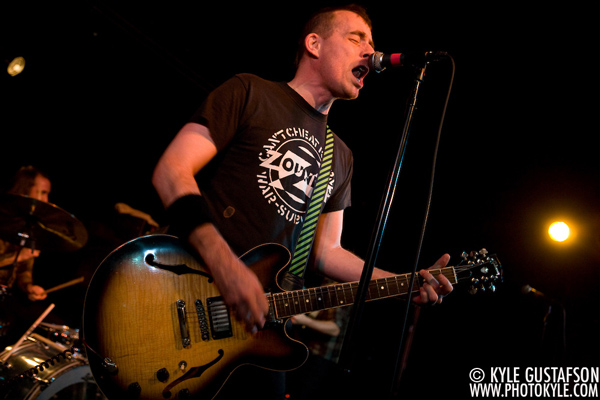 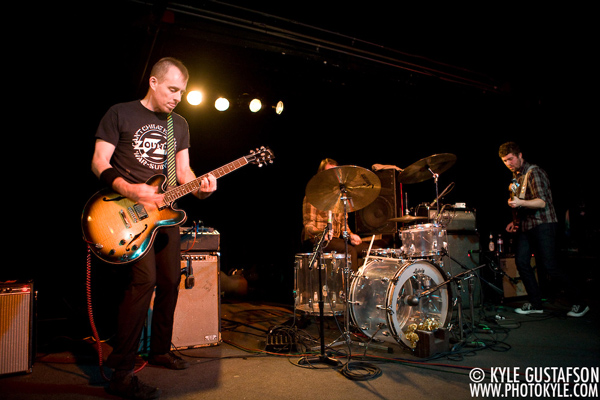 Ted Leo shows in D.C. are a special thing, especially when he plays the Black cat.  Half the town shows up to see him, and backstage is filled with the cream of the D.C. music scene crop.  And they are not just there to be seen either.  When Ted broke a string in the fourth or fifth song of the night, Ian MacKaye got his back-up guitar ready and then restrung the broken string during the next song. 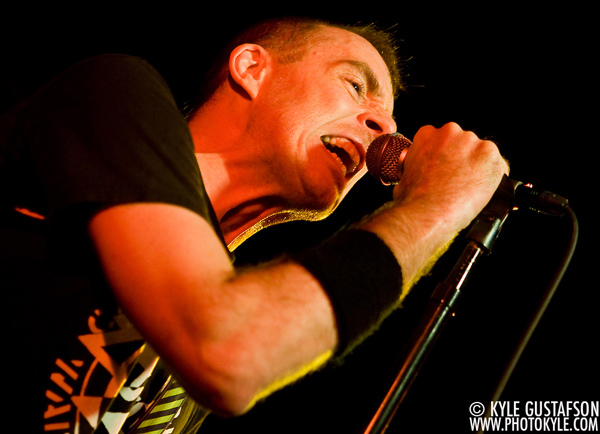 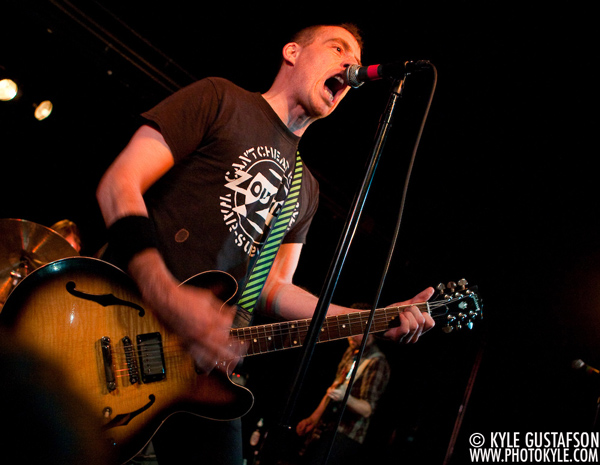 This show was obviously VERY sold out, so moving around the front of the stage was out of the question.  I was able to grab a good spot up front, right to Ted’s right, and stayed there the rest of the night. The lighting was better than usual at the Black Cat, so I was able to use my 24-70mm/2.8 in addition to my 50mm/1.4 and 85mm/1.8. 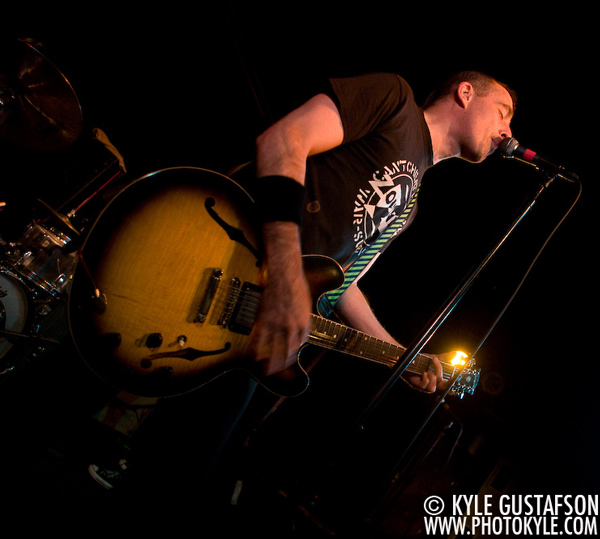 As for the show, if I may trot out a very over-used phrase, Ted just fucking killed it.  The new material from his forthcoming album, The Brutalist Bricks, sounded great, as did a host of “hits” from his back catalog.  My only complaint was that I had to leave early to get an early start the following day. I missed “Parallel Or Together,” argh! Oh well, maybe next time. 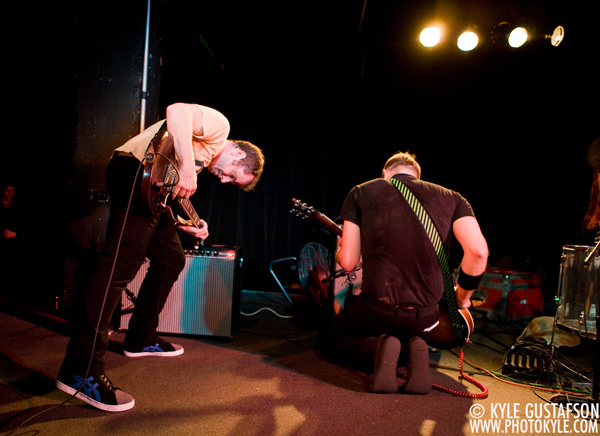