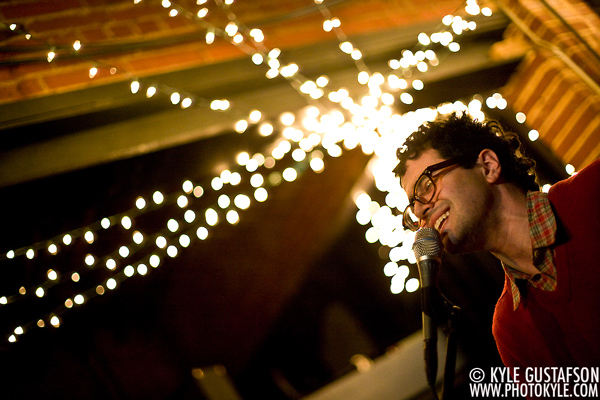 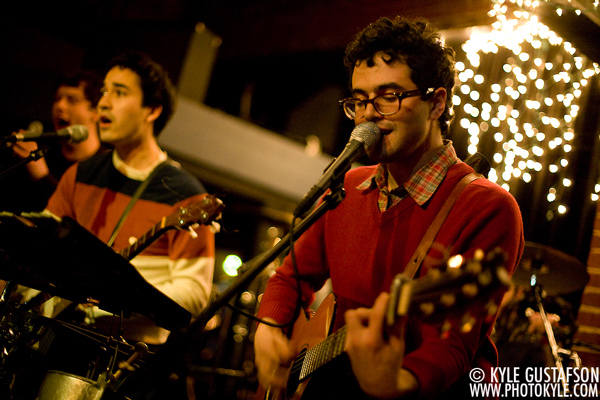 Freelance Whales are a rather unfortunately named band from Queens, NY that are garnering a lot of buzz from various internet outlets.  Their sound is straight from the Arcade Fire/Montreal, Canada school of indie rock; lots of people on stage playing various instruments (often different ones for different songs) as well as banging on things like watering cans and the like. 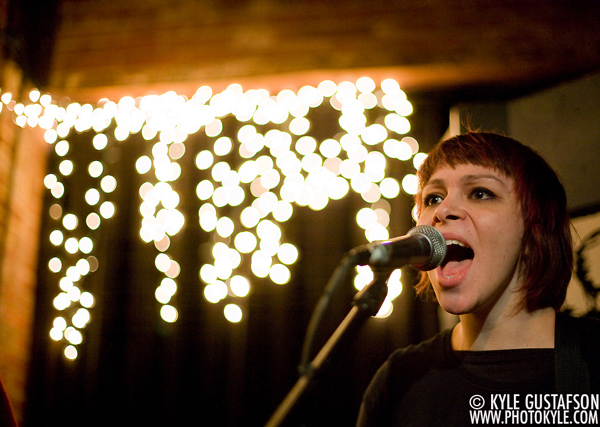 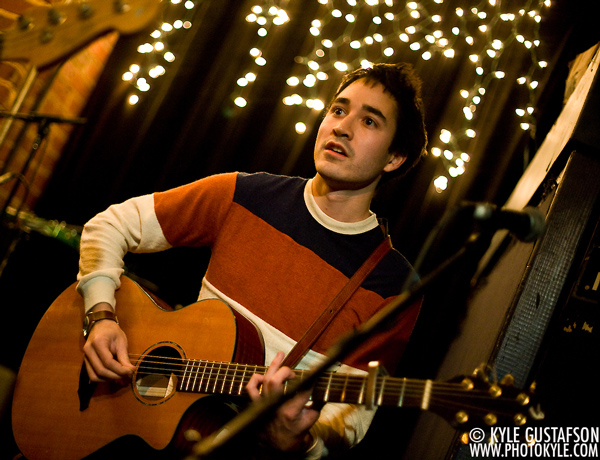 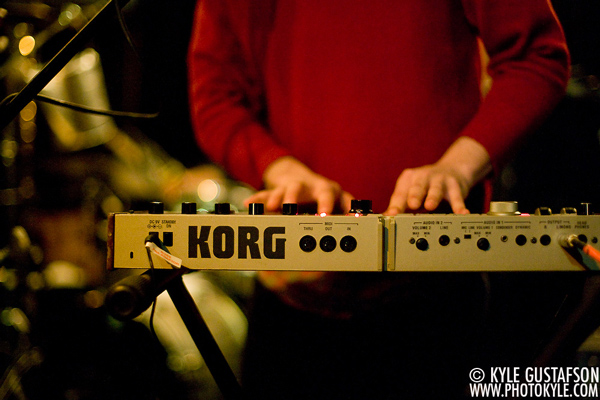 The lighting at Iota mainly comes from the Christmas lights hung above the stage, aided by a few spotlights hung over the sound board.  As such, I shot this set almost exclusively with my 50mm/1.4 and 85mm/1.8.  I tried my 24-70mm/2.8 for a few frames but it was just too slow. 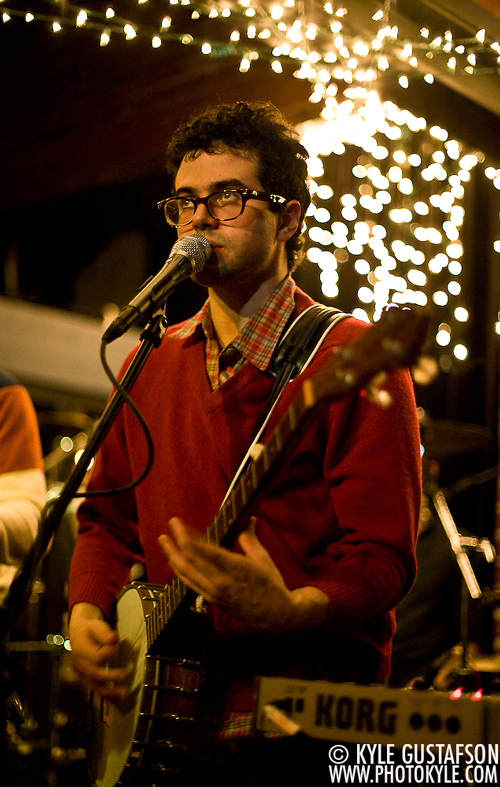 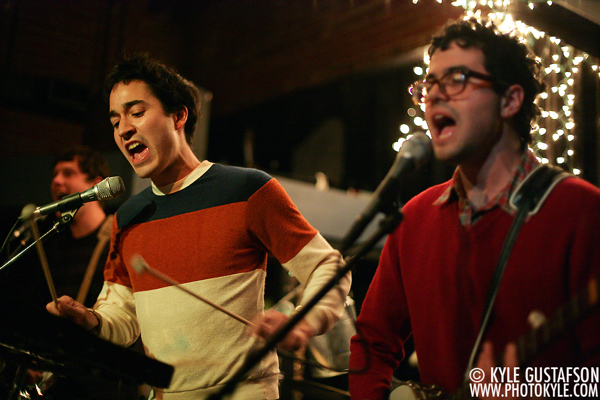 If you missed the band’s set, don’t worry.  They are back in D.C. in january, playing the Black Cat backstage on January 21st. 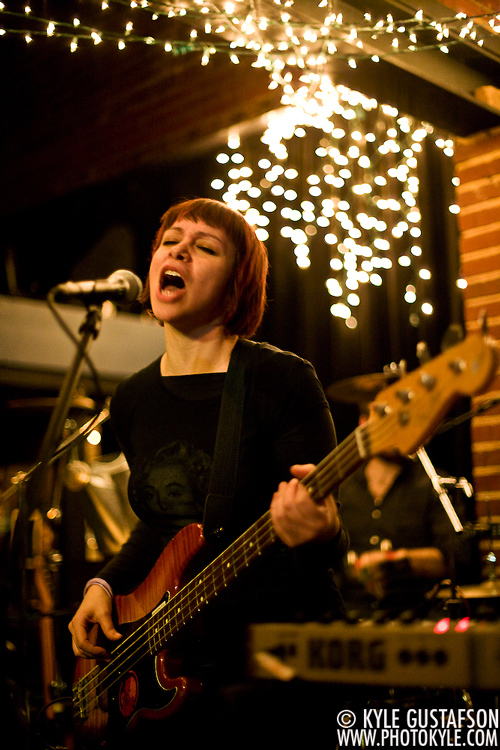 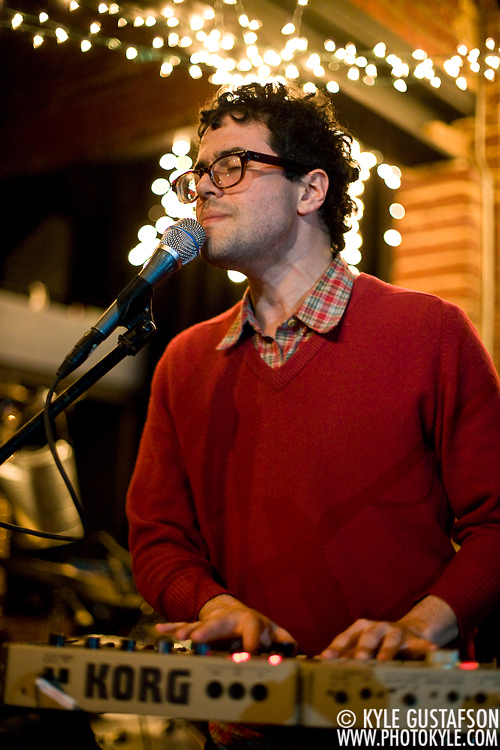