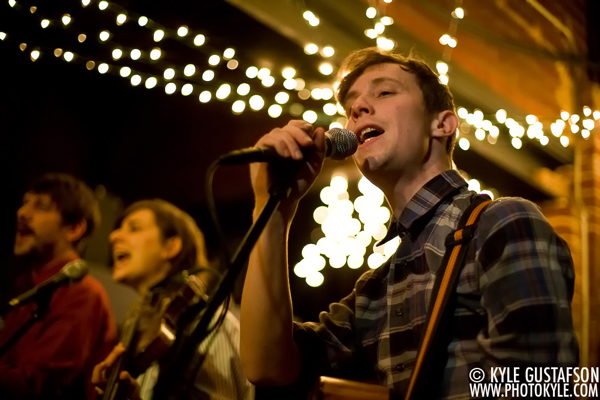 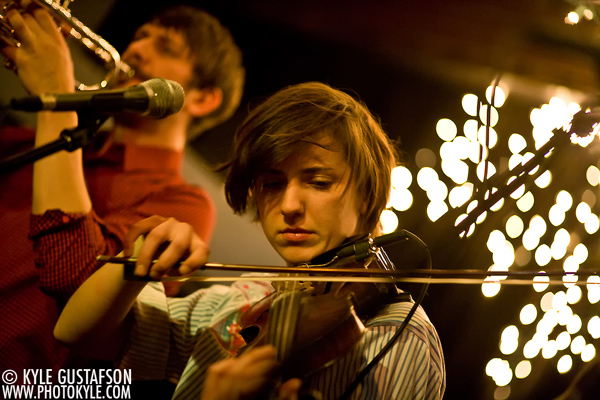 Headlining last weekend’s show at Iota was London-based Fanfarlo, a band quite a few of my friends can’t stop talking about.  I went to the show to see what all the fuss was about and even though I didn’t expect to like them, I quite enjoyed the show. 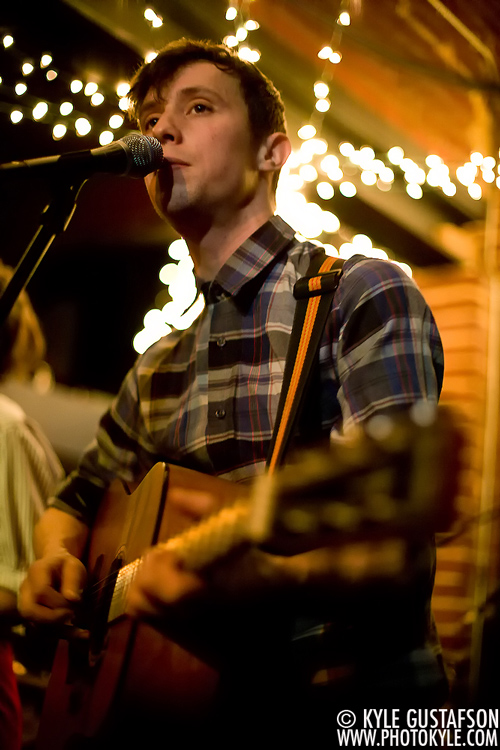 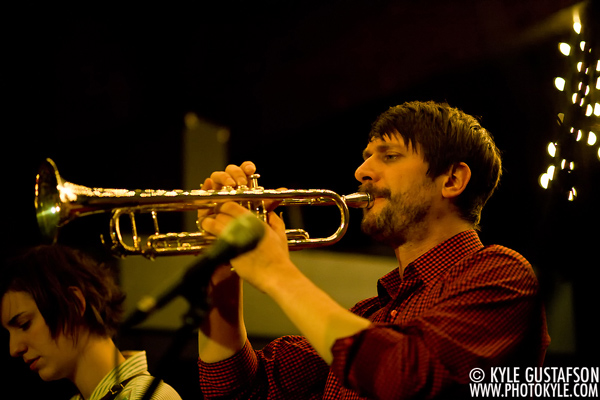 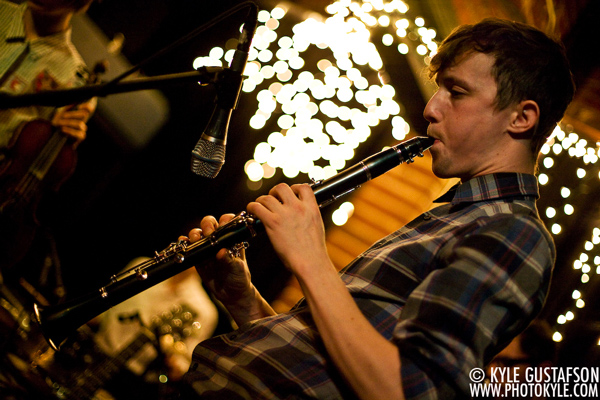 The Post’s David Malitz pegs the band’s sound much better than I could: “Arcade Fire was the most obvious reference point, as both bands feature violin, rugged acoustic guitar, marching beats and occasional blasts of brass. But while Arcade Fire sets its sights on emotional catharsis every minute, Fanfarlo is content to just make sure it all sounds plenty pretty.” 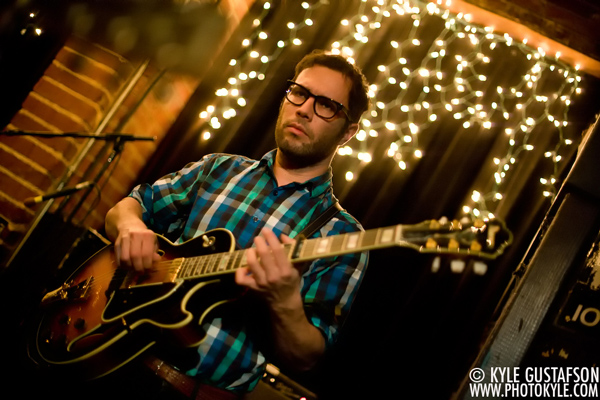 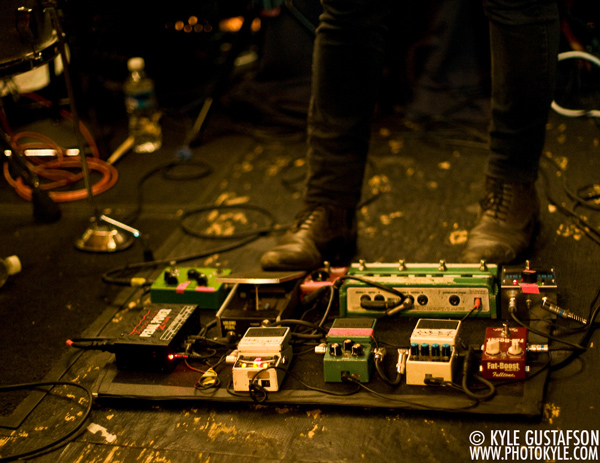 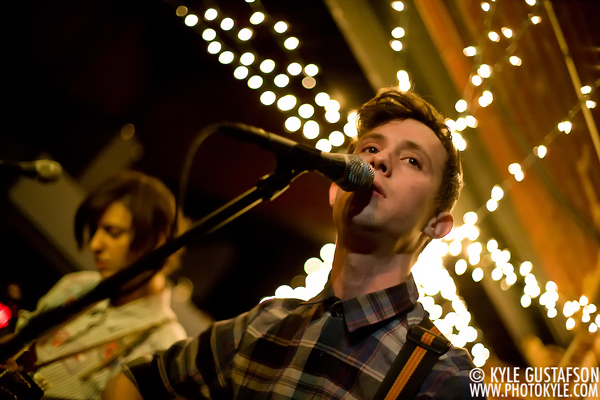 The stage was very crowded with the six band members and all of their equipment.  It was virtually impossible to get a clean shot of anyone without getting someone else or a piece of gear in the frame. I shot a majority of these photos with my 50mm/1.4 and a few with the 85mm/1.8, although I had a hard time getting a shutter speed that was fast enough to freeze the action. 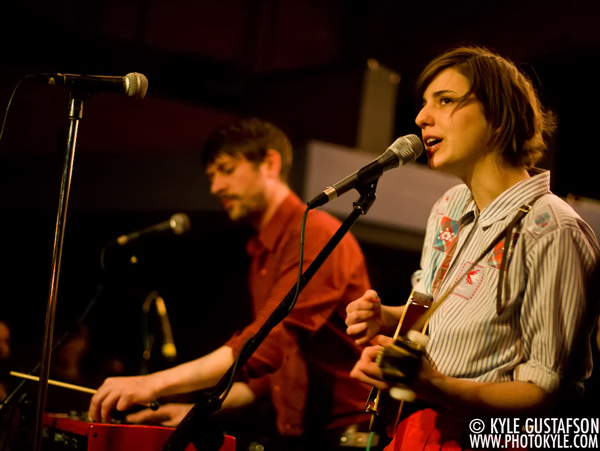 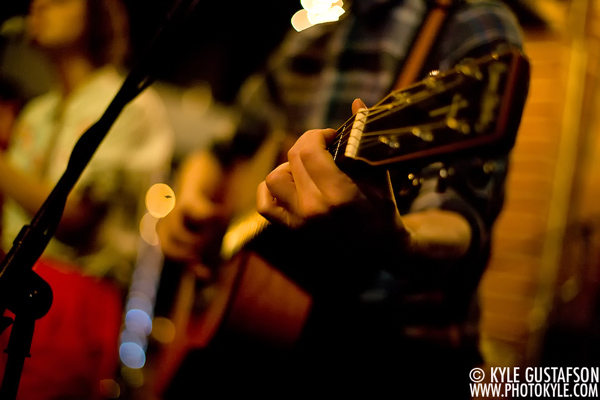 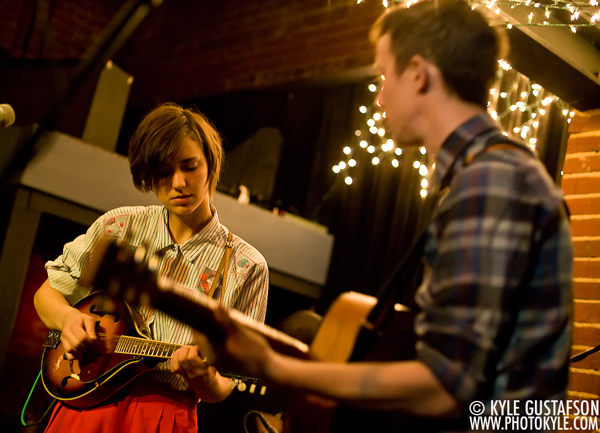 Overall I really enjoyed this show and I can’t wait to see the band in a bigger venue, like the 9:30 Club.  There was a line down the block full of people that couldn’t get in to this show, so an upgrade in venue seems certain next time they are in town. 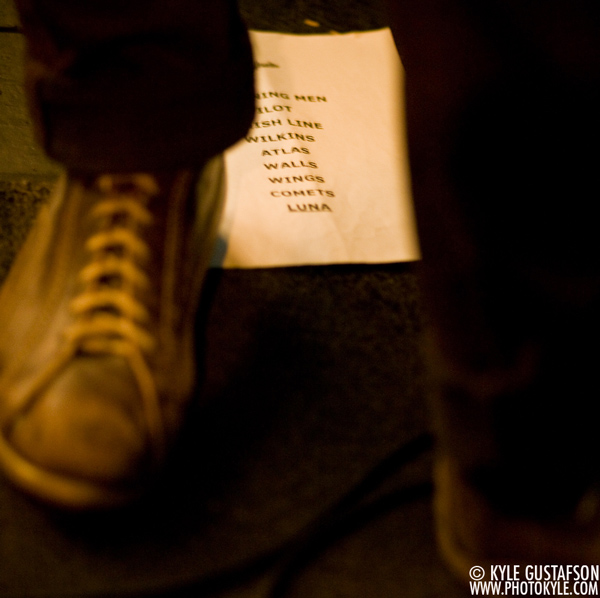