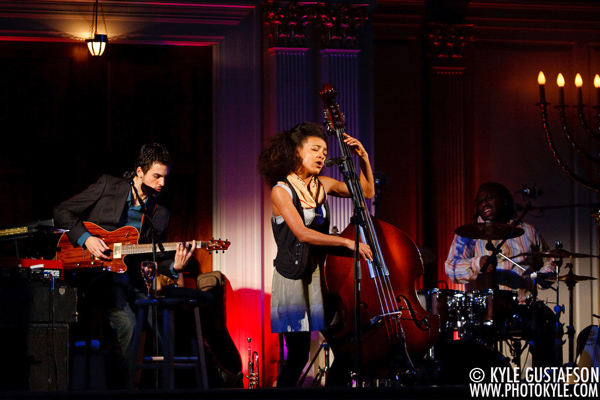 One of the best things about shooting concerts for the Washington Post is getting assignments that take me outside my comfort zone.  And shooting a jazz quintet in a jewish synagogue definitely qualifies as a perfect example. 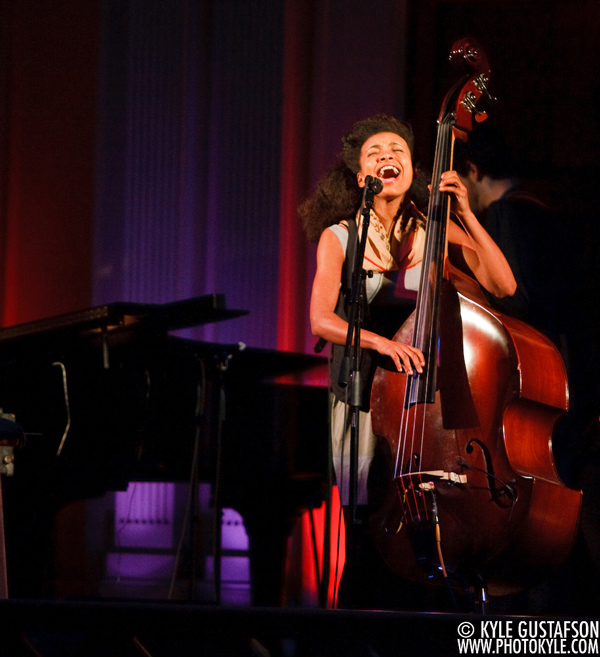 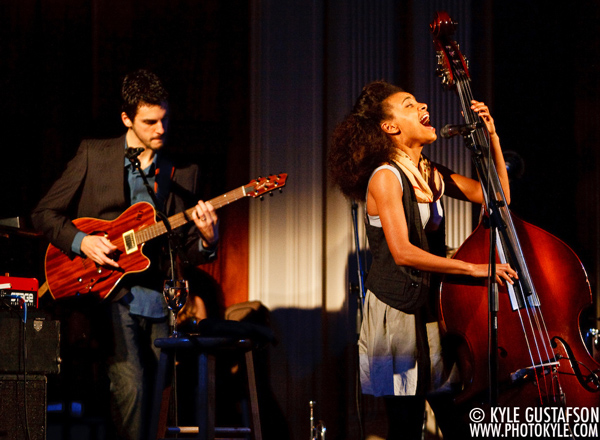 I’ve shot at the 6th & I Historic Synagogue once or twice before and the light has always been a deep, deep red. This and the shooting restrictions for this gig ( I was confined to the very back of the venue, behind all the patrons) made me very nervous about getting any decent shots.  Luckily the lighting guy was at his board before the gig started and we had a chat.  He was extremely nice and I told him what I needed to get in my alloted shooting time of two songs and he delivered. 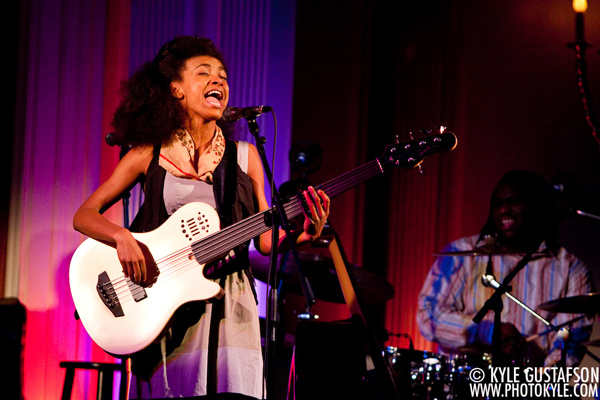 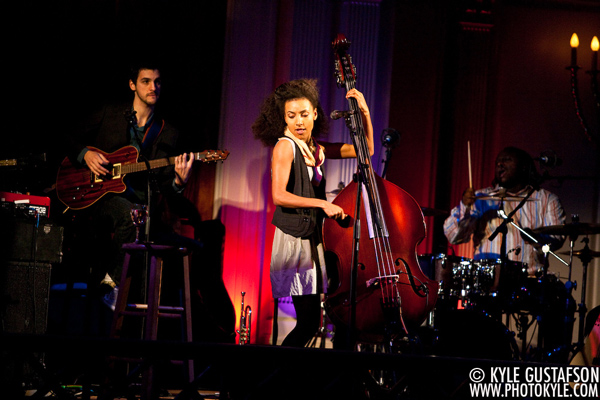 Esperanza Spalding was front and center on the stage and was lit very well with some nice, bright spotlights.  The rest of her band was set towards the back of the stage and mostly lit from behind with reds and blues. Since I wasn’t allowed anywhere near the stage I  used my 70-200mm/2.8 on both of my bodies, a Canon 1Ds Mk II and a 40D.  This gave me a very effective focal distance.  Going wide was not really an option due to the low light in the synagogue.  I wanted some wide shots with the big stained-glass window above the stage, but those shots didn’t really work because of the lack of ambient light away from the stage. 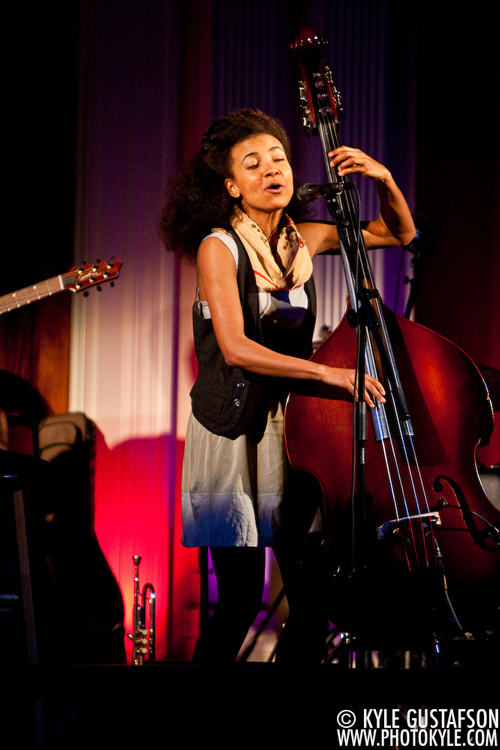 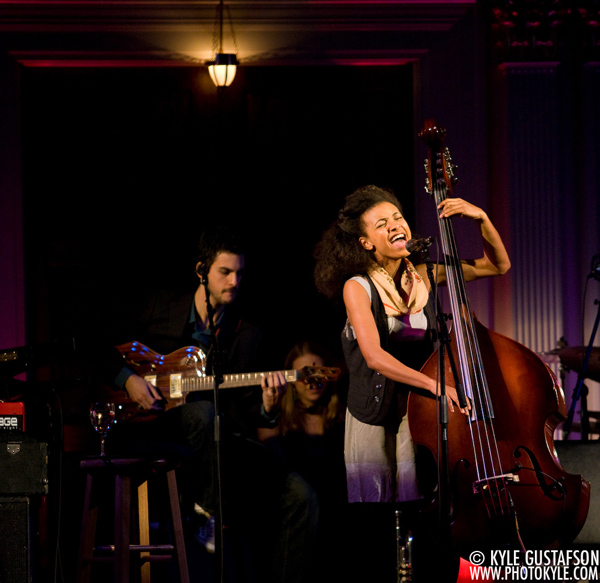 Checkout the Post’s review of the show here.  And follow me on Twitter to see what I am shooting next! 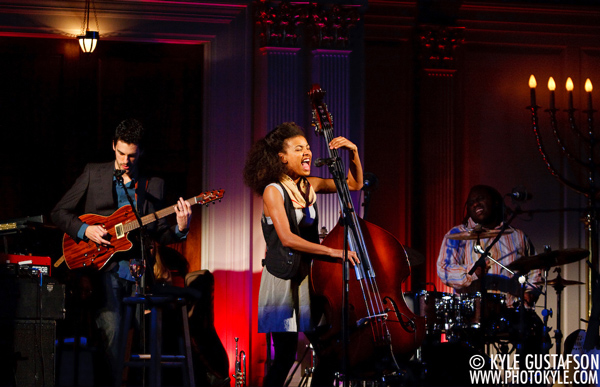