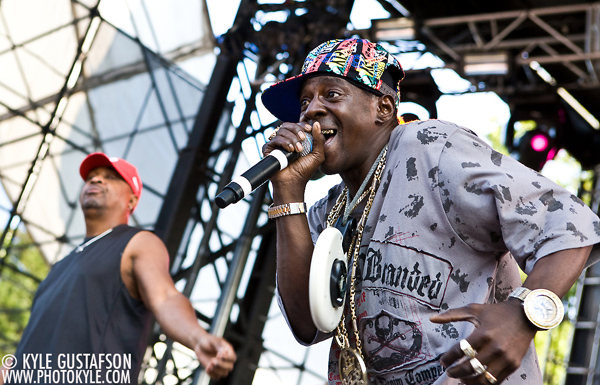 I spent most of my time in high school listening to Public Enemy so I was obviously very excited to get the chance to shoot them at the 2009 Virgin Mobile Fest.  They were on the bill at the Roots Picnic earlier in the summer, but they went on as the sun was setting and I really didn’t get any shots I was happy with.  So I was determined to get some keepers during my second chance. 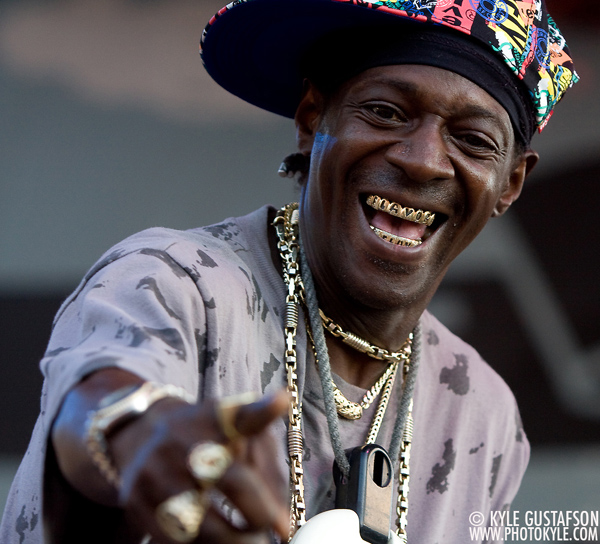 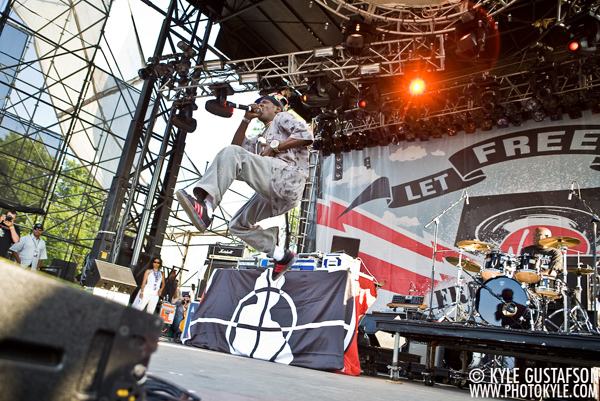 Seeing Chuck D and Flava Flav do their thing on stage is really something else.  Chuck still has his booming voice and commands your attention when he is on the stage. Flav is  no slouch either, running all around the stage and generally being the premiere hype man in hip hop. 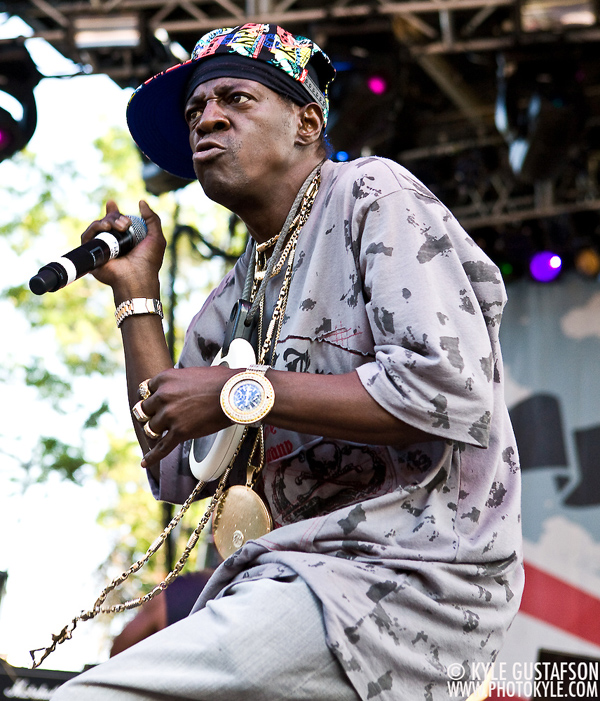 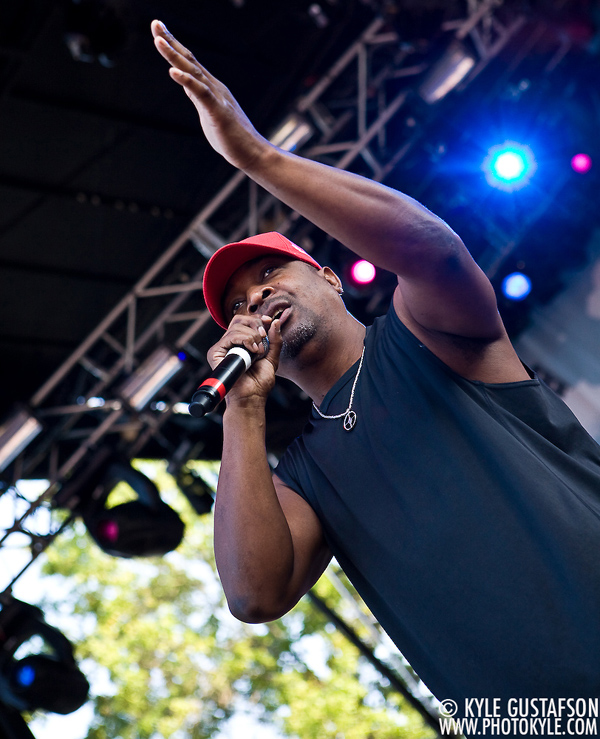 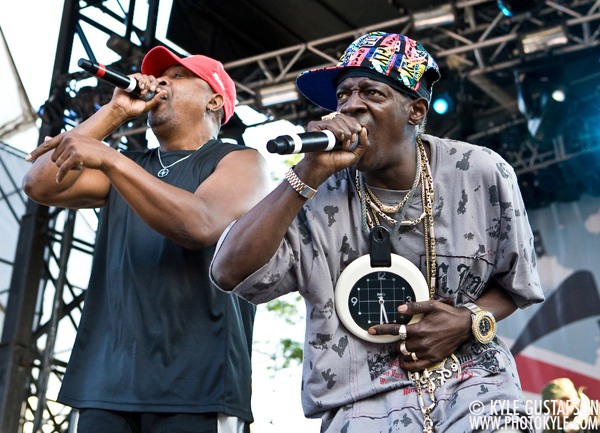 Since I was shooting the Freefest for the Washington Post, I was afforded a few liberties not given to most of the other photogs on site.  I talked the staff into letting me take some shots from the viewing platform above the stage as well as some shots from the back of the stage itself.  It’s pretty easy to blend in on the stage of a hip hop show because there are always people just milling about the back of the stage. 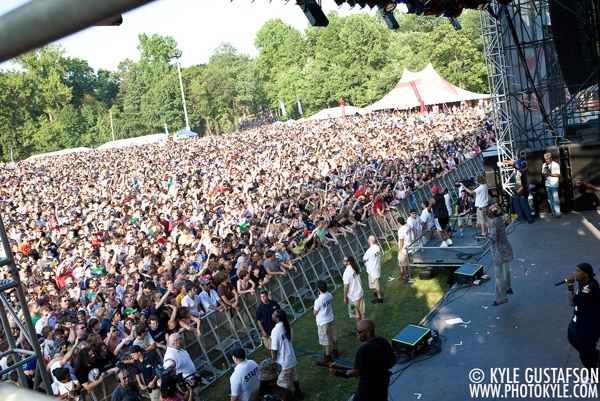 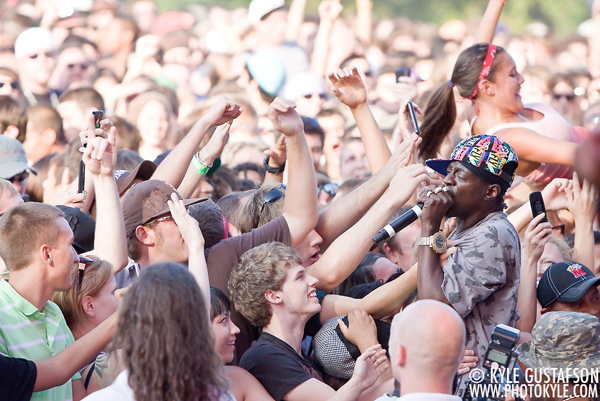 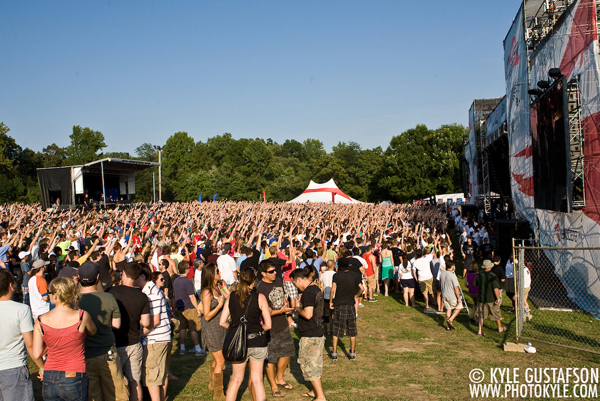 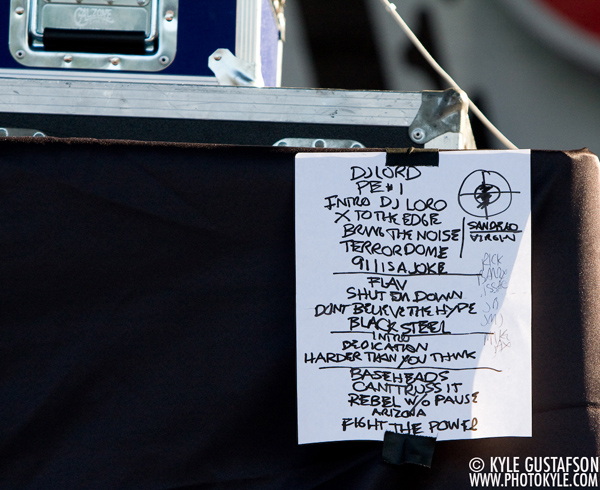