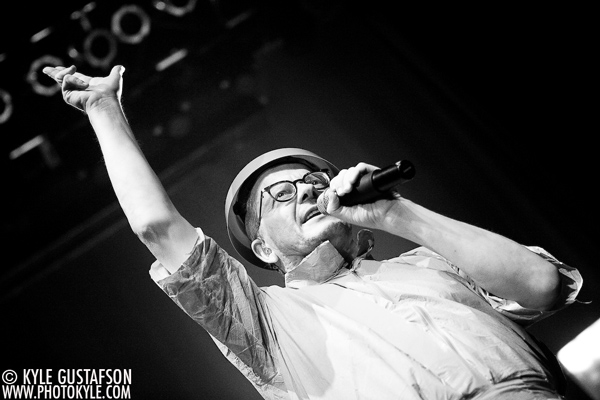 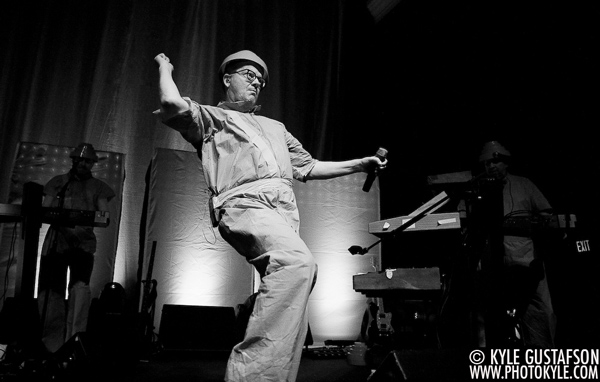 Devo is a bit before my time but it was hard to pass up a chance to shoot such a seminal band.  Who doesn’t love “Whip It”? The original band members are mostly in their 60s now and it showed on stage.  They weren’t the spryest group of gentlemen I’ve ever photographed, but the energy from the crowd more than made up for it. 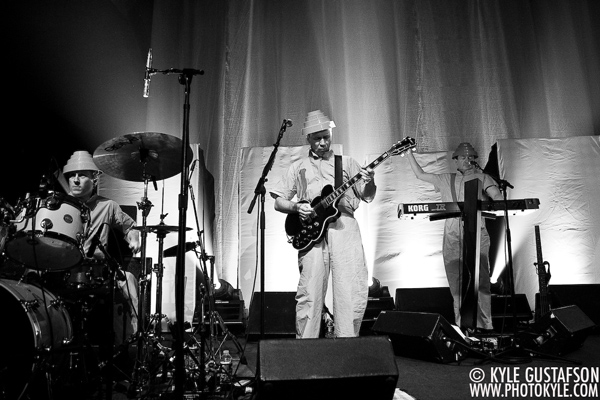 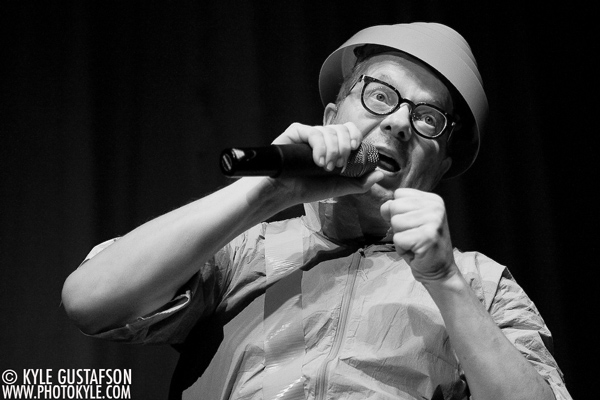 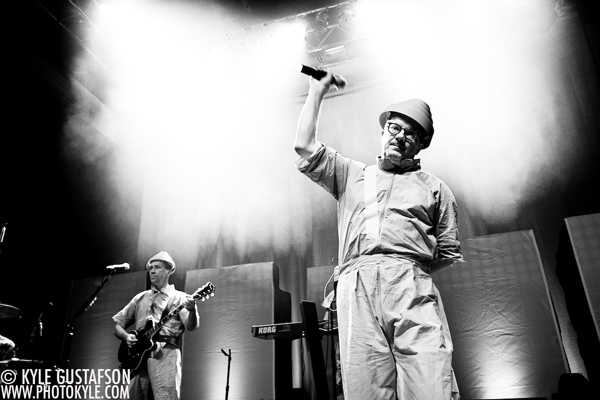 Lighting for this show was fairly disappointing, mostly consisting of a deep, saturated red for two out of the three songs, hence the B & W photos. Mark Mothersbaugh was the only member of the group to move around the stage during the first three songs, so I was a bit limited in my shots. 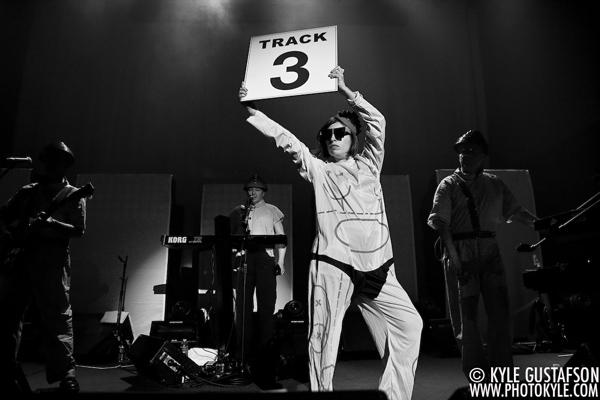 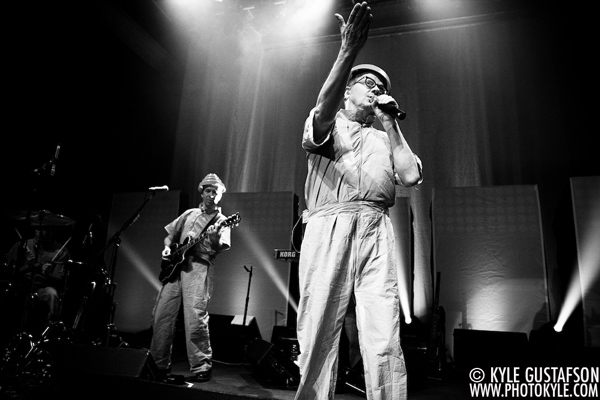 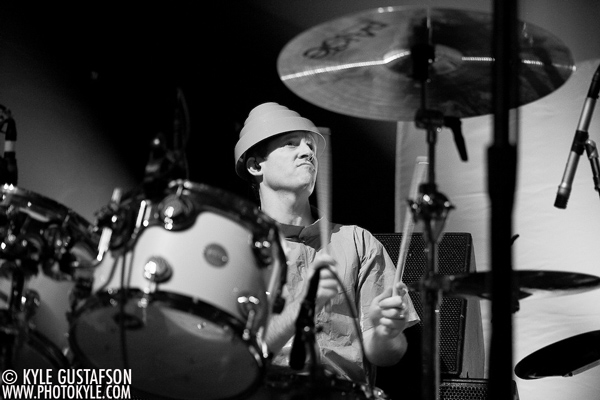 The band are currently doing doing dual dates in certain cities playing two of their seminal albums, Q: Are We Not Men? A: We Are Devo! and Freedom of Choice. I shot the Freedom of Choice night so I got to hear “Girl U Want” and “Whip It” even though I left after my three songs. Win! 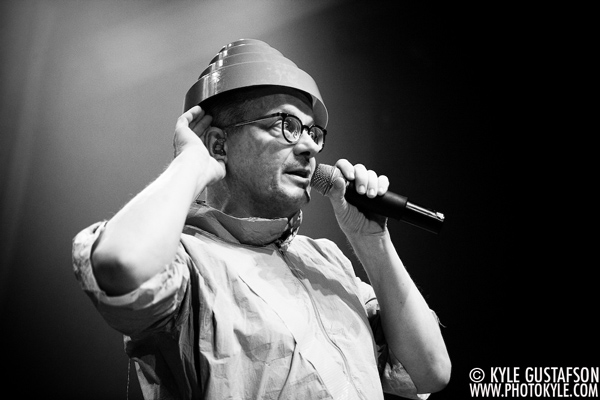 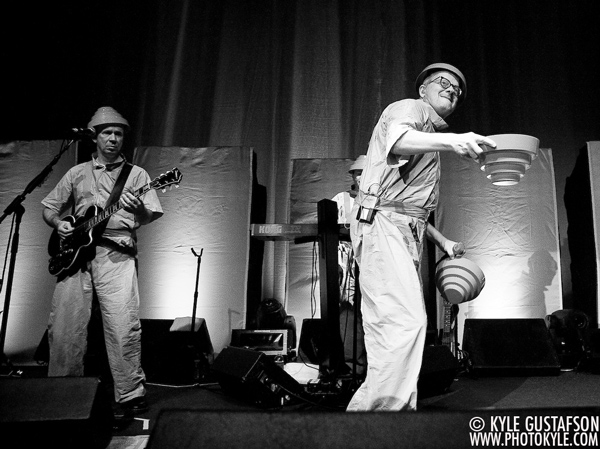 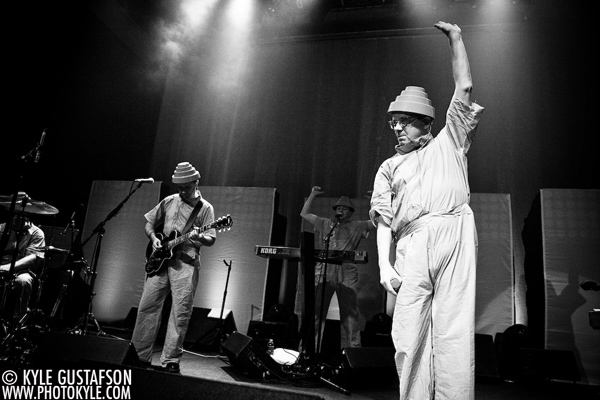