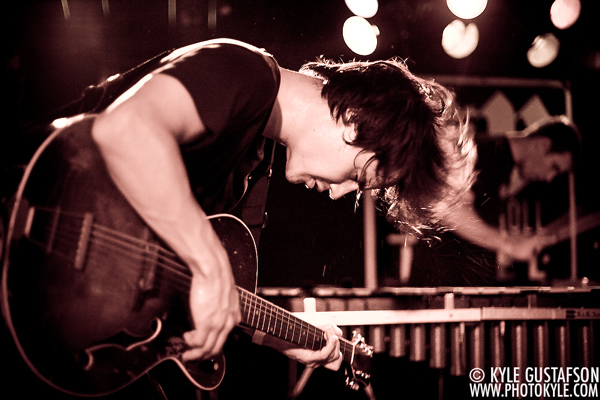 It’s been a while since I went to a show in DC to see a band I was genuinely excited about, so I was glad that The Dodos were in town on Friday.  I saw them last year at the Black cat and was really blown away that two people could crank out such a big sound on a makeshift drum kit and an acoustic guitar.  Back then they sat facing each other in the middle of the stage and just wailed away.  There wasn’t much action but it was still very compelling to watch. 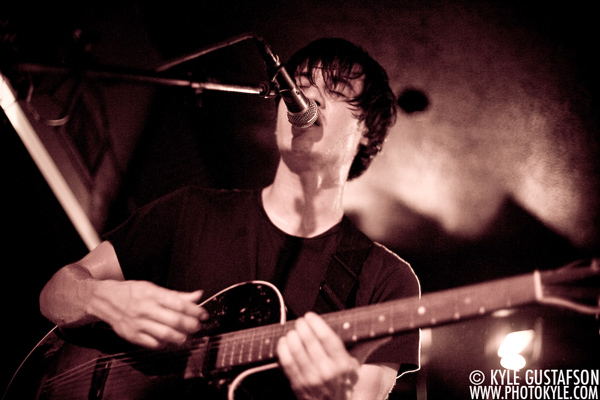 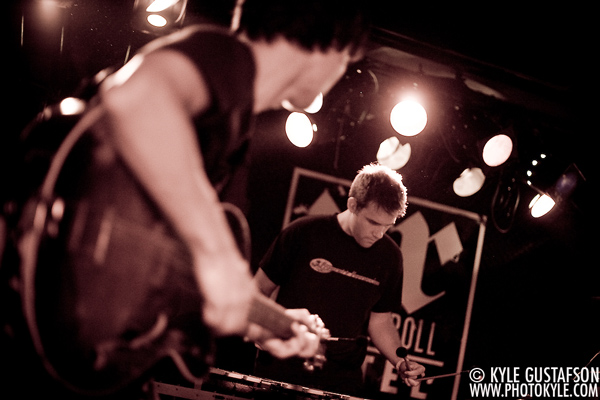 Now the band has added a third member, a xylophone / percussionist to help fill out its sound.  Guitar player Meric Long has discarded the chair and thrashes around the stage when he isn’t singing.  Drummer Logan Kroeber still plays his makeshift kit, complete with a tambourine duct-taped to his shoe that acts as his hi-hat. 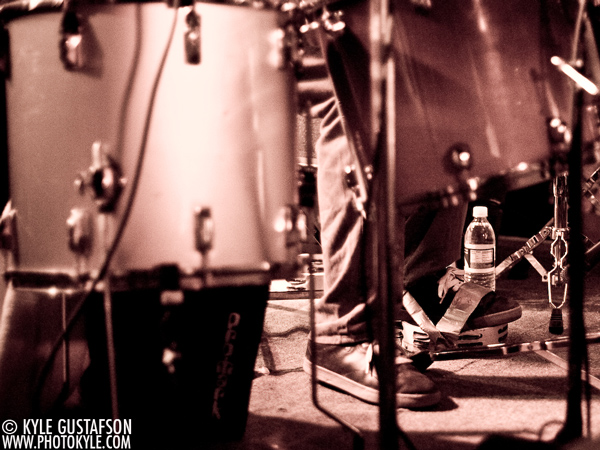 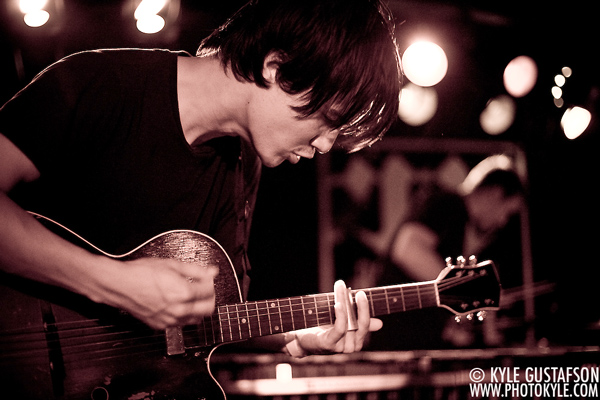 The band is currently touring behind their newest album Time to Die, which is a bit of a departure from 2008’s Visiter.  Gone are the pounding drum rhythms from Kroeber that propelled Visiter, instead, the new material focuses more on Meric’s songwriting. At least it does on the recorded version, live the group still packs a whallop. And while the new material sounded better live than it does on record, it was old “hits” like “Fools,” “Jody” and “Red and Purple” that got the biggest reactions of the night. 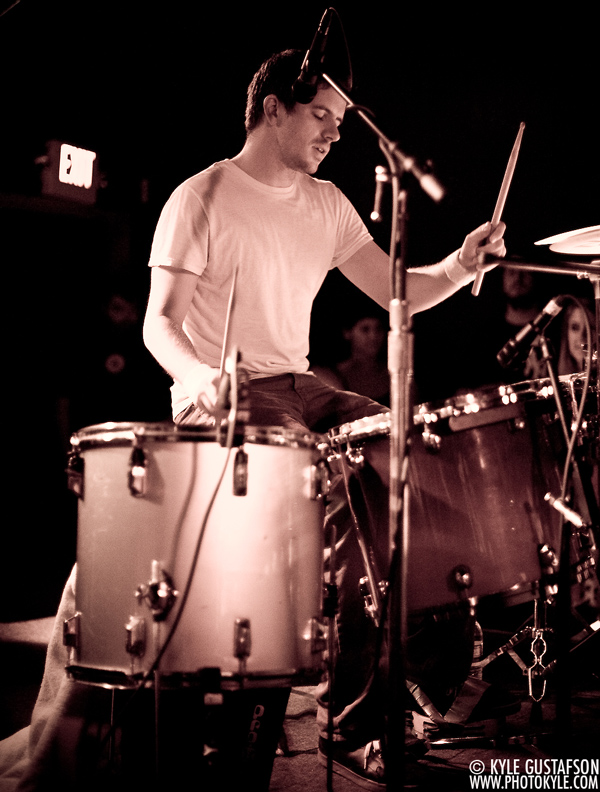 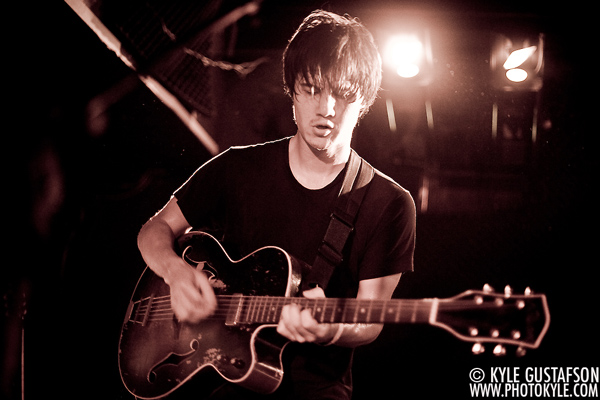 I hate to say it, but I abhor taking photos at the Rock n Roll Hotel.  The low ceilings don’t leave much room for the club to put in much of a lighting system, and what is there doesn’t change much (if at all) during the show, which usually means a bunch of pink photographs from yours truly.  That was definitely the case on Friday, but I converted all my shots to B&W with a Lightroom plug-in that desaturates the red channel and then used the “Aged Photo” preset to give it the red tint you see here. I shot this show with my Canon 1Ds Mk II and a 50mm/1.4 USM lens. 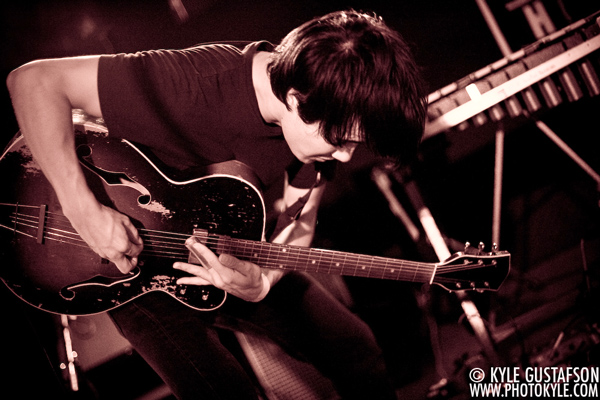 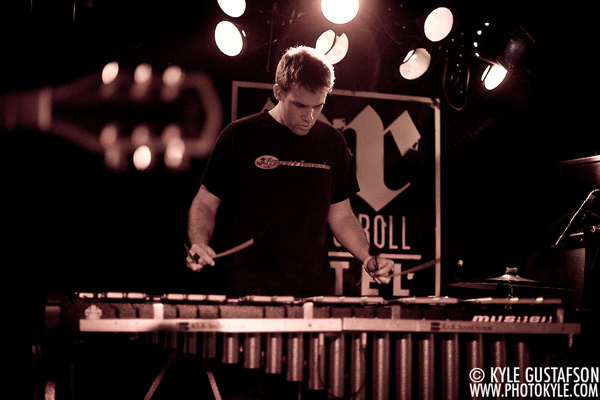 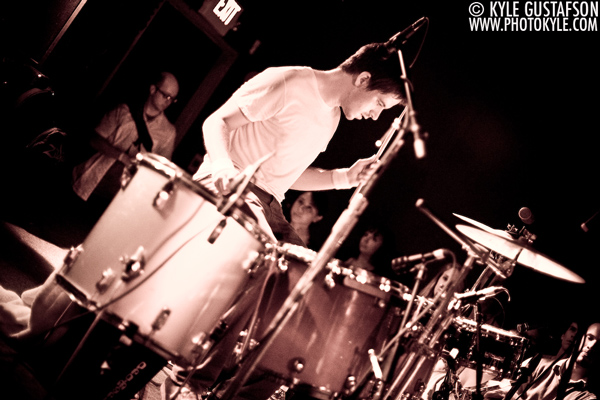