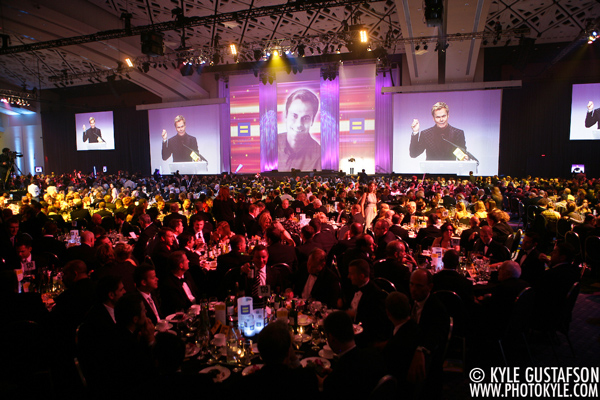 I got a last-minute request to shoot the Human Rights Campaign National Dinner last week and jumped at the chance to shoot President Obama and Lady Gaga at the same event. Little did I know what a grueling day it would be. I arrived at the venue at the ungodly hour of 4:30 p.m.  The event wasn’t due to start until after 7, but the media had to go through scrutinization by the Secret Service.  All of the photographers had to lay all of our gear out on the floor and watch while the canine unit smelled everything and a group of agents took apart every piece of gear in front of them and searched every pocket of every bag. Not knowing what to expect and wanting to be mobile for the after party, I packed fairly light, most others did not. It took a while. 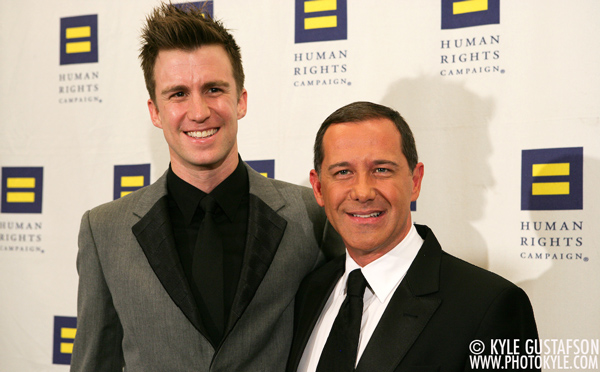 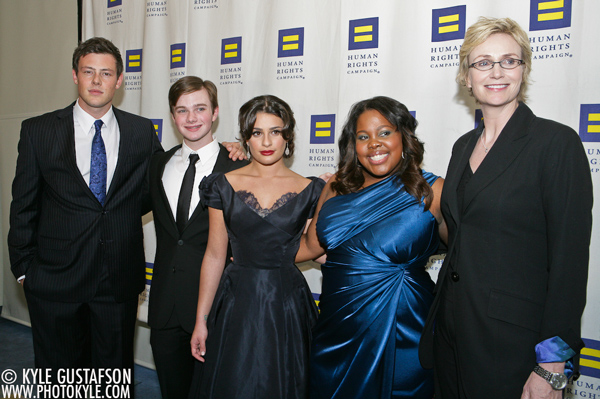 Once we were done we were lead upstairs to the media meet n greet area.  We had an hour or so wait for Gavin Creel of Boradway’s Hair as well as most of the cast from Fox TV’s Glee.  Each took turns posing in front of the HRC backdrop with HRC President Joe Solmonese. Lady Gaga was rumored to also be making an appearance but after waiting another 45 minutes she never showed up. 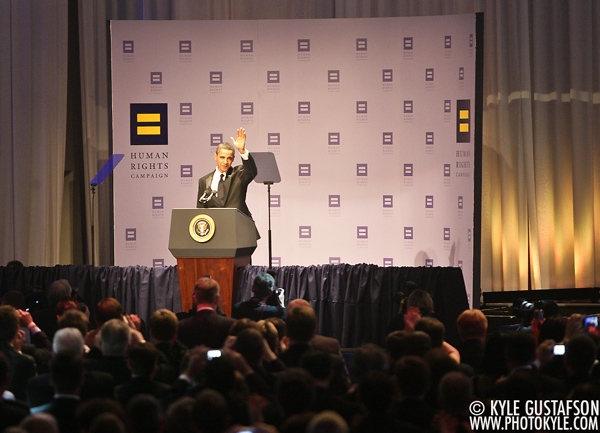 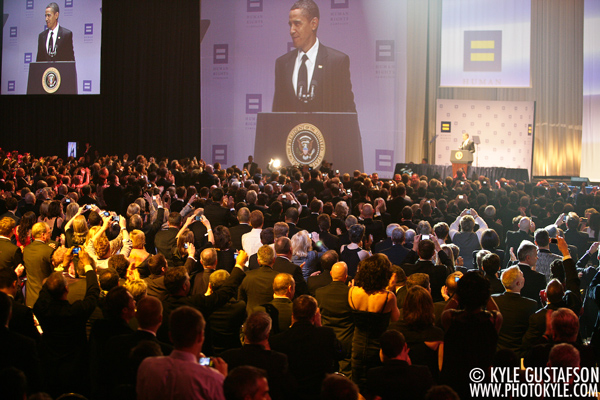 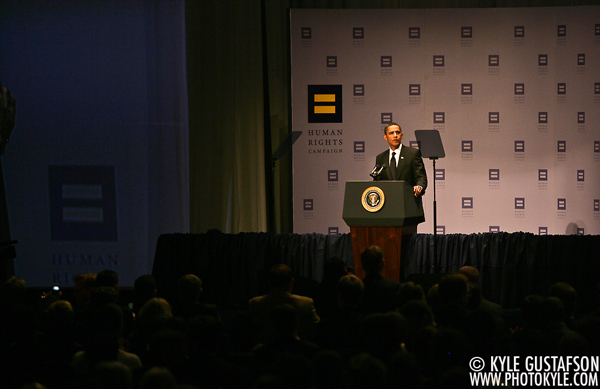 After that we were escorted into the ballroom and not allwoed to leave until after the President spoke.  All the TV and still photogs were lined up clear across the room on a small, two-tiered riser.  I ate a quick dinner on the way to the event, but it was tough to watch everyone eat and drink right in front of us after being on site for going on four hours.  Finally the President appeared and he gave a great and moving speech.  This is where packing light came back to haunt me.  I brought my full frame 1Ds MK II and left my crop body 40D at home, so even though I had my 70-200mm/2.8 with me, I didn’t have the reach I needed to get a close up of the President.  Now I’ll know for next time. 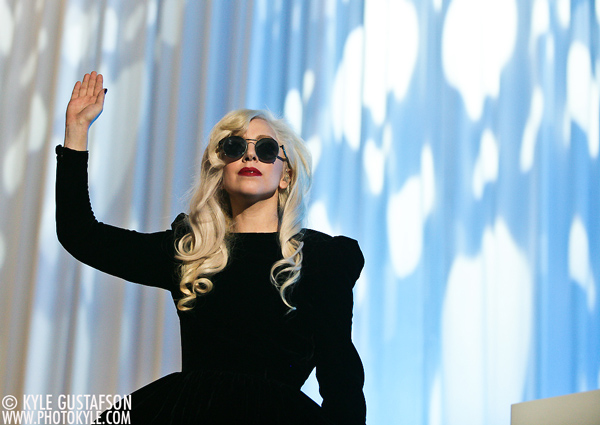 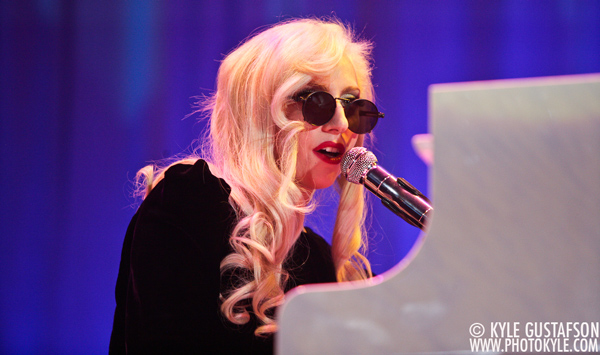 Lady Gaga was next and was a bit of a let down.  She had a rather ordinary dress on and only played one song, a piano-driven cover of John Lennon’s “Imagine.”  We were only given about a minute to shoot her and she didn’t sing while we were up there.  Sigh. 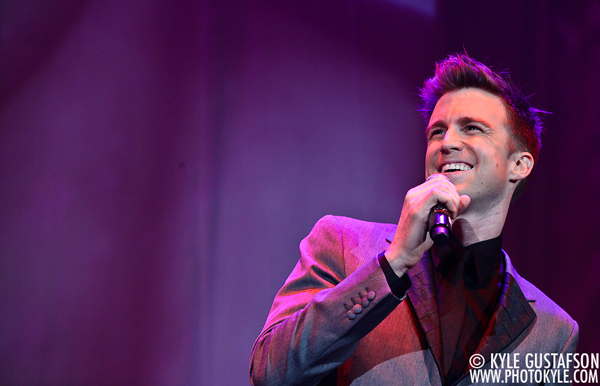 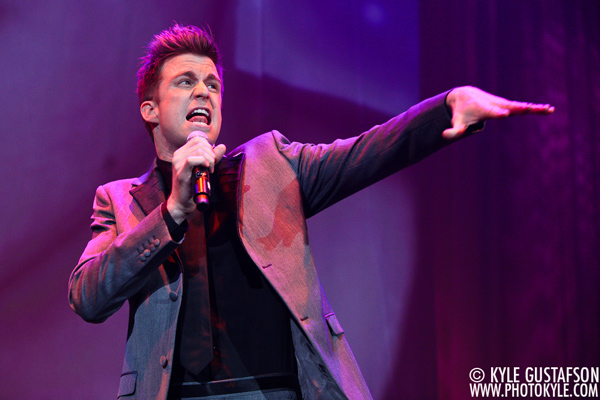 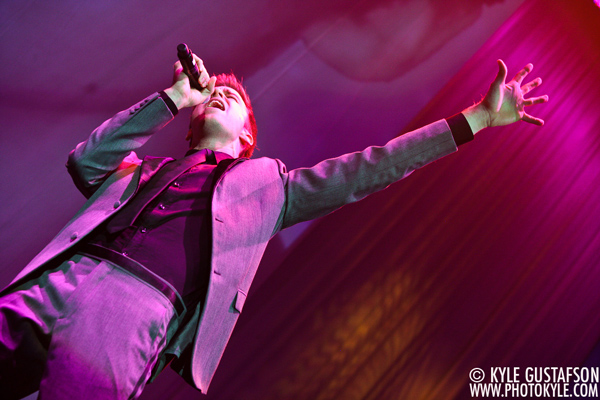 Hair‘s Gavin Creel was up next and I had fun shooting him.  Being a Broadway performer, he was used to making big gestures and performing to the person farthest away in the room, so I got plenty of good shots of him. 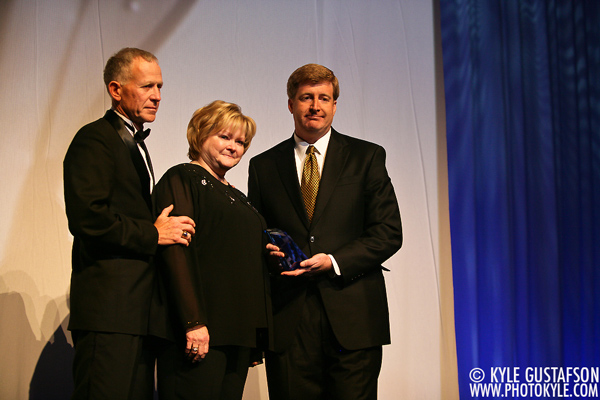 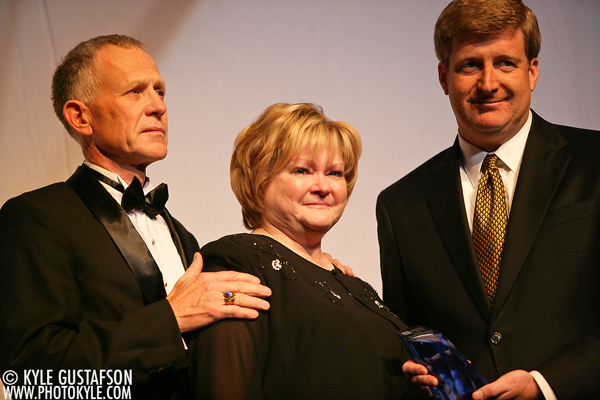 The late Ted Kennedy’s son Pat was up next, presenting an award in his late father’s name to the parents of Matthew Shepard.  It was easy to tell how emotional they were after arriving on stage.  They didn’t really know whether to be happy or sad and swung wildly between the two. 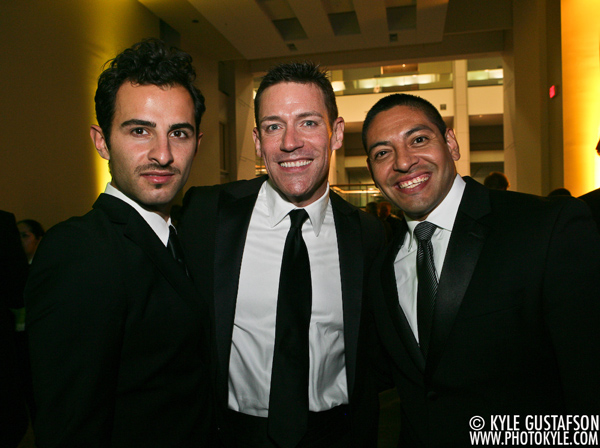 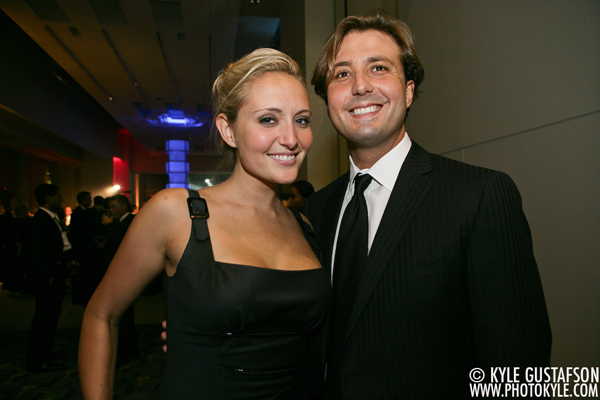 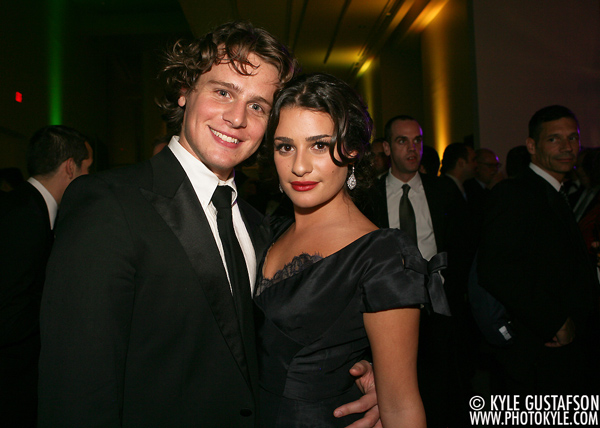 After that the night’s program was mercifully over, just over six hours after I arrived on site.  After that it was downstairs to get some photos of the after party.  I stayed until midnight and then headed for the Metro for the long trip home. Talk about a long day. But it’s not often you get to photograph the President! 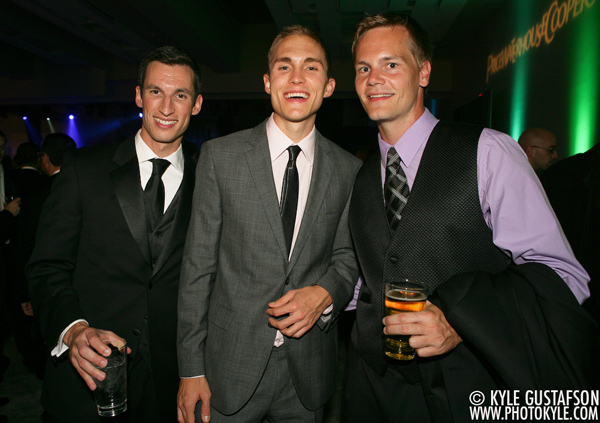 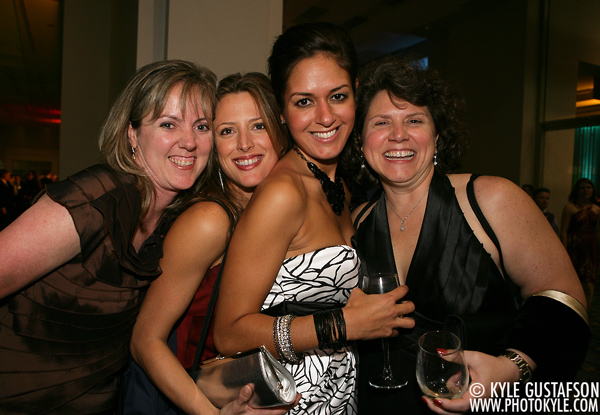 See more of my photos over on Washingtonian.com.