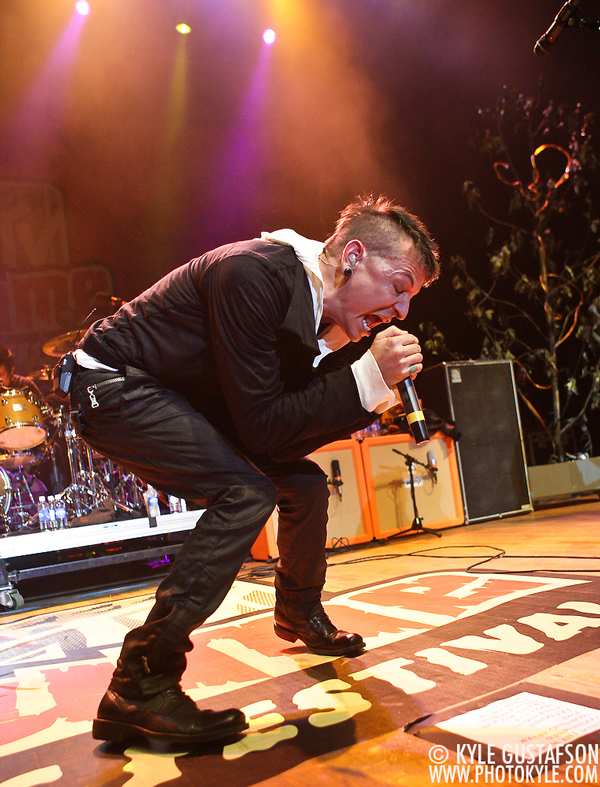 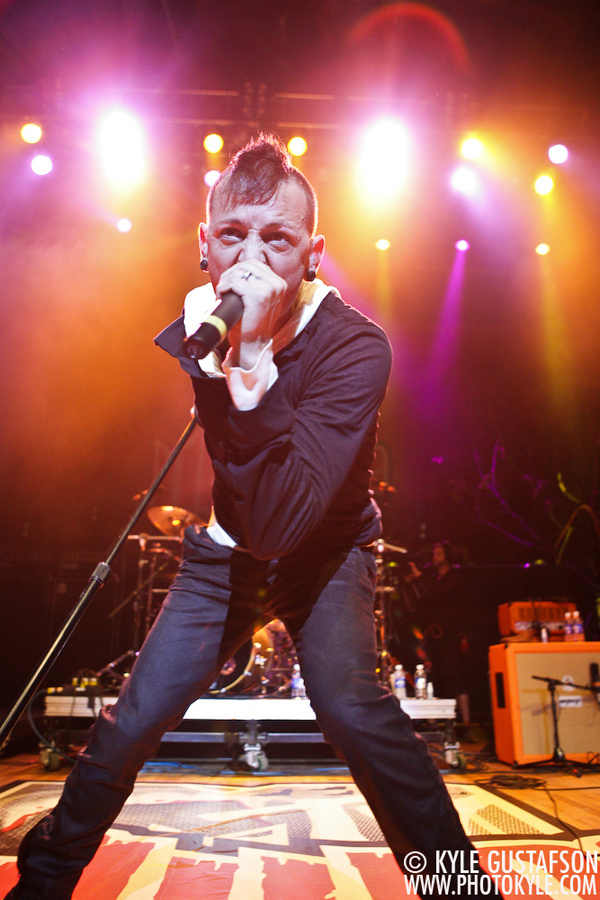 Dead By Sunrise is a side project from Linkin Park’s Chester Bennington. Although his singing style is the same in this band, the music is a bit more rock oriented and less rap-rock.  The band is touring behind their debut album, Out Of Ashes, which was released a week or so ago. But you’d never have known it.  All the kids up front were singing along to every song. 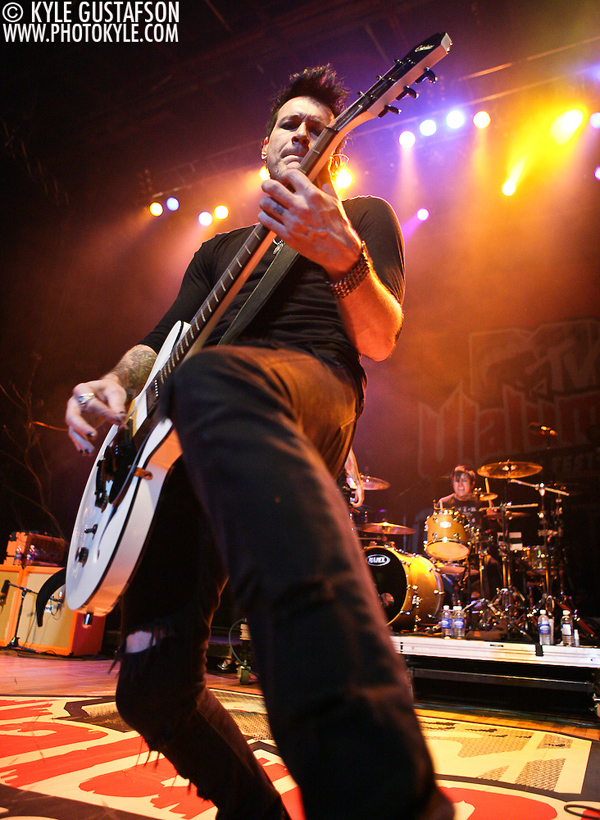 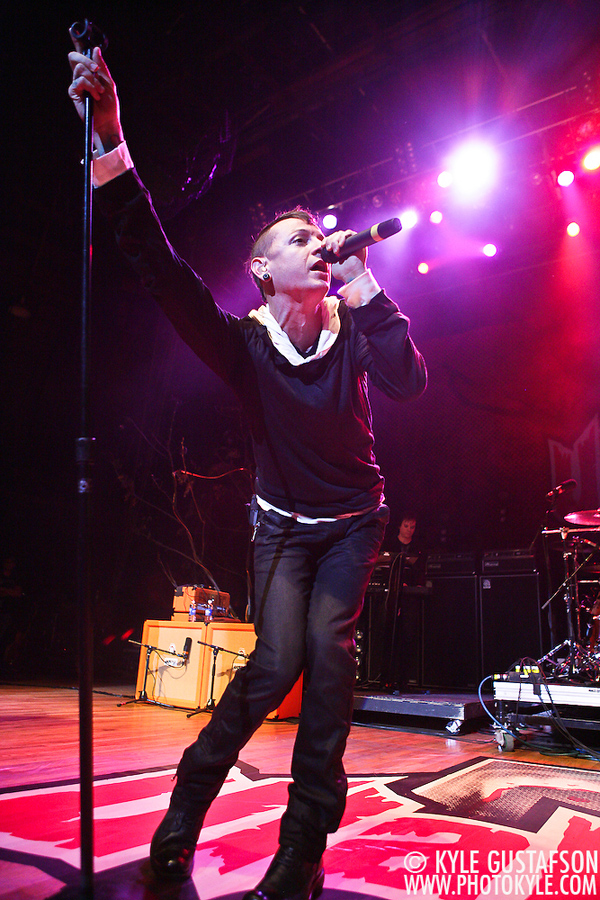 I started off this set with my 70-200/2.8 on my 40D but that combo proved too long so I quickly switched back to my Tamron 17-50/2.8 in between song two and three. Chester and the lead guitarist tended to stay at the front of the stage, so I didn’t have any need for the extra reach. As usual, my 24-70/2.8 was mounted on my 1Ds Mk II. Lighting was fairly straight forward, but better than the lights for Kid Cudi. 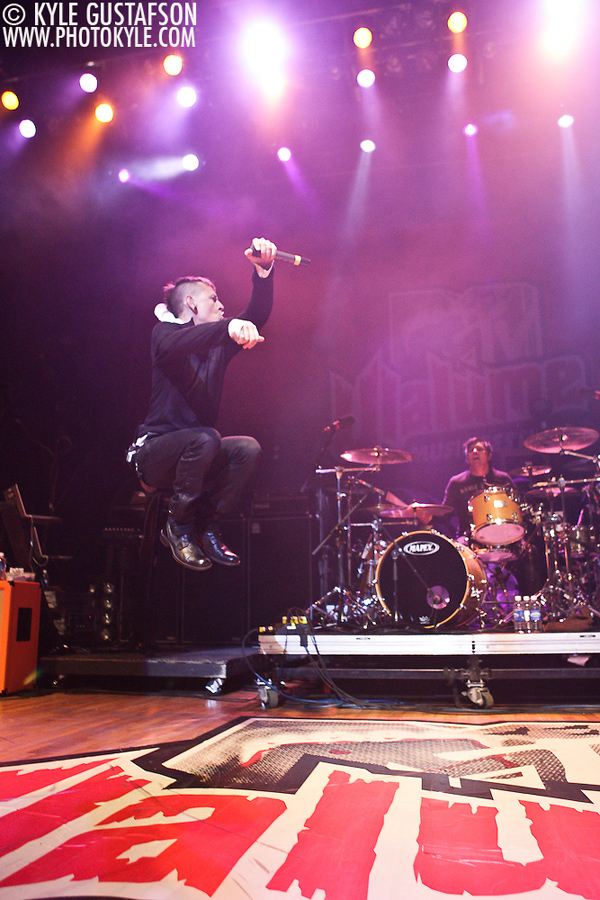 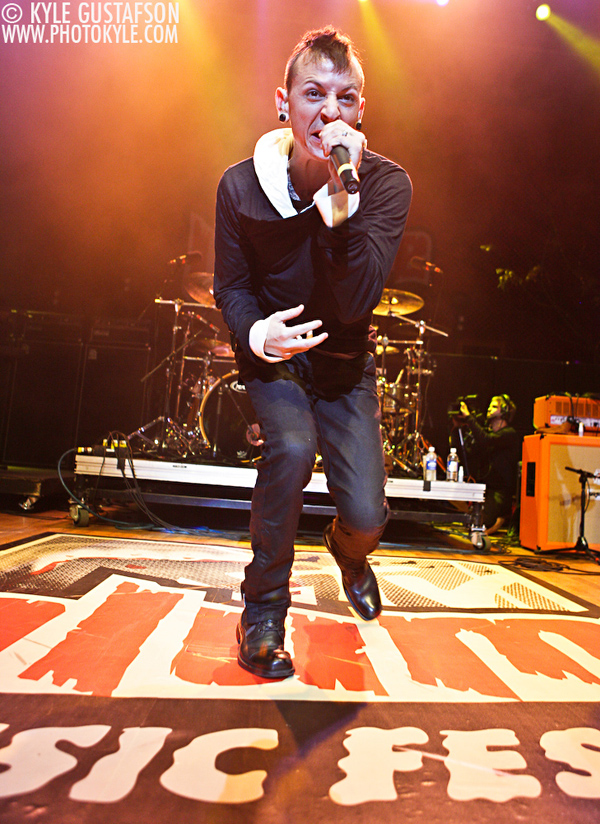 If you like these photos and want to buy a print, check out my online shop. Follow me on Twitter to see what I am shooting next! 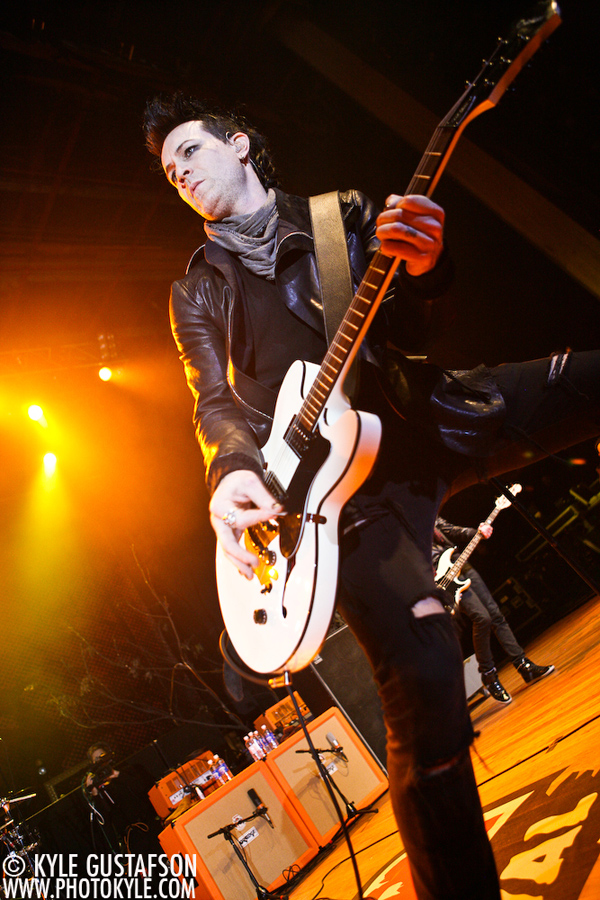 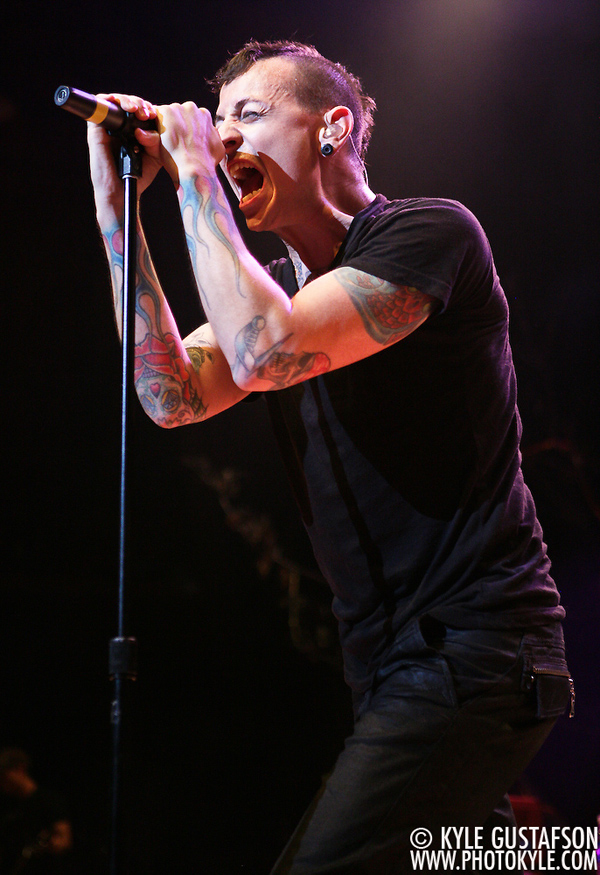 Make sure you check out these other set from MTV’s Ulalume Festival: