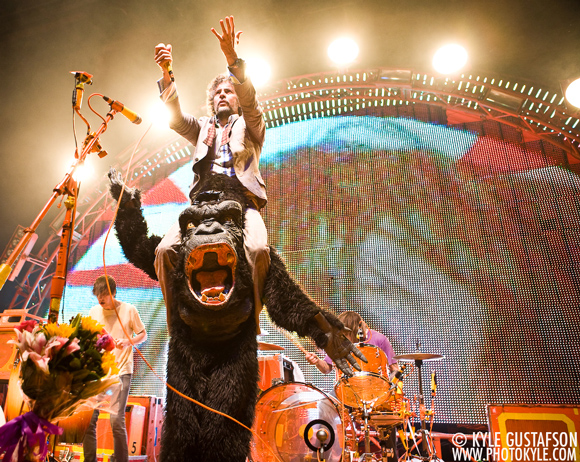 Confetti canons, dancing gorillas, hundreds of balloons, a big plastic bubble…shooting The Flaming Lips is nothing short of sensory overload. The band has been doing the same show for a few years but far be it from me to let it come through the area without shooting it. I was actually very excited for this show, seeing as the Lips have only played festival sets in the greater-D.C. area since I moved here five years ago. Finally getting to see them do their own show was pretty much a must see. 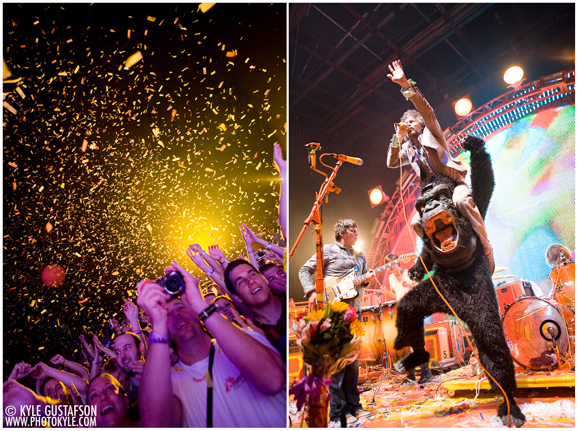 As you can see from the photos, they didn’t disappoint. And although I had heard about this big dancing gorilla, I was unprepared for just how awesome it would be. I decided to shoot with wide lenses on both my camera bodies for this show, thinking shooting telephoto wouldn’t do the scene justice. 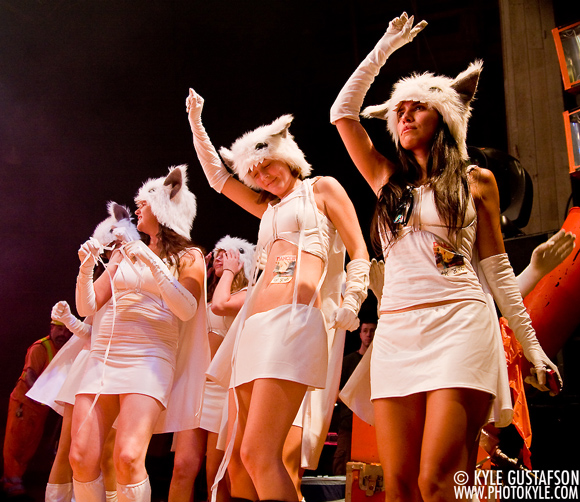 People (including me) might complain that the band haven’t changed their show much in the last few years, but I will say this for the band – they are a photographers best friend. I can’t think of many acts that pull out all the stops during the first three songs so the photogs in the pit can get all the good stuff before they have to put their cameras away. And for that, the band will always have my respect. 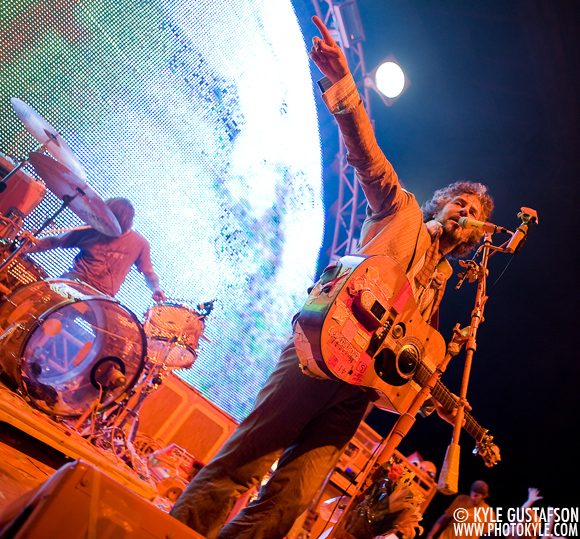 I almost didn’t want to shoot the show from the photo pit. While I was dodging balloons and everything else the band were throwing out to the crowd, I kept thinking that maybe the shots would be better from the soundboard or some spot out in the seats. Maybe next time. 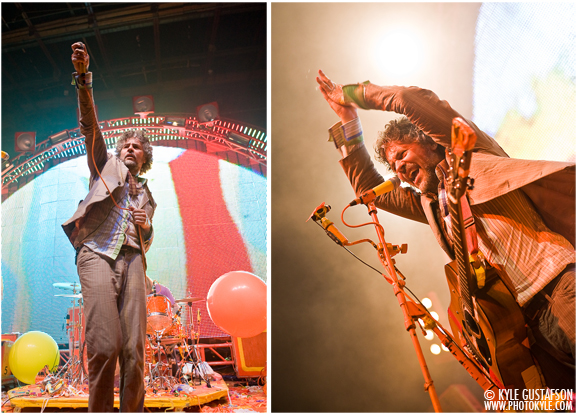