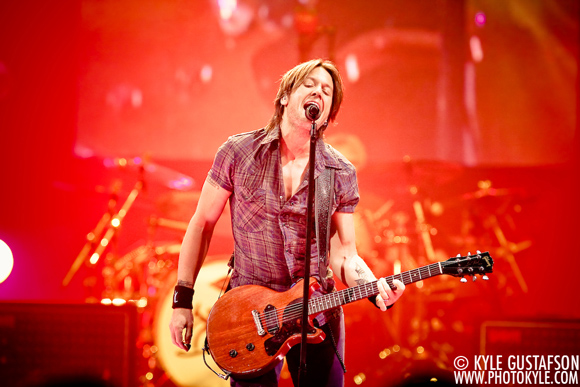 Arena shoots generally mean one of two things. A nice big photo pit and a very high stage, or a shoot from the soundboard requiring a very large (and long) lens. More and more I find soundboard shoots are the norm. Outside of the extra gear that’s required to shoot them, I don’t have anything against soundboard shoots, but it’s always nice when it’s clear the artist has thought about where the photographers will shoot from. Take Bruce Springsteen for example. The Boss set us photogs up with a platform all to ourselves directly beside the soundboard. We had a nice, elevated view of the show enabling us to get some hands in the bottom of the frame, but nothing obstructing our shots. 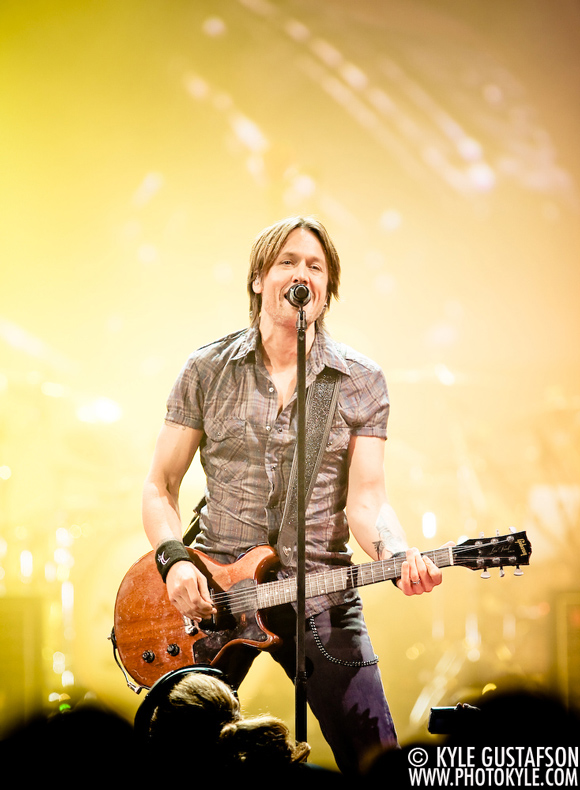 Let’s just say the conditions at the Keith Urban show were not up to snuff and leave it at that. When I am in situations like this, I try and speak to the people seated in front of where I will shoot from and ask them not to raise their hands for the first few songs. Most people are genuinely puzzled by the request but comply after a little explaining. This goes a long way making sure there are no arms or heads in your frames when you are trying to document the one time in the two songs you are alloted to shoot that the artist decides to actually step out from behind the mic stand. But I digress. 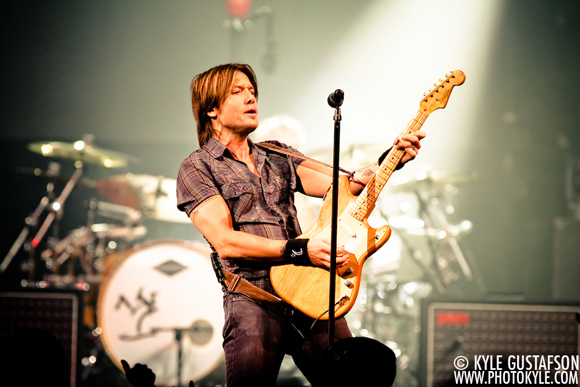