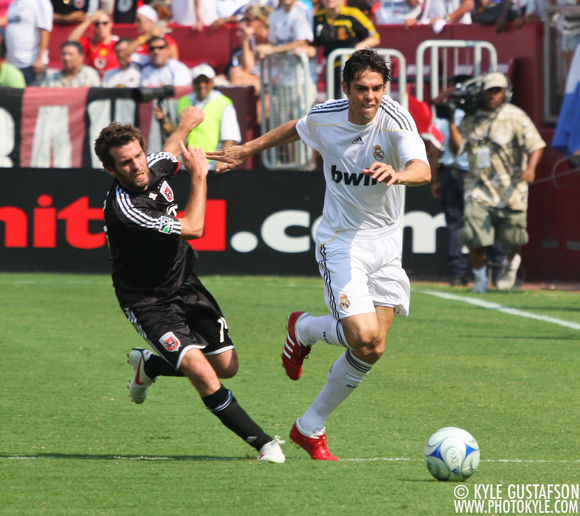 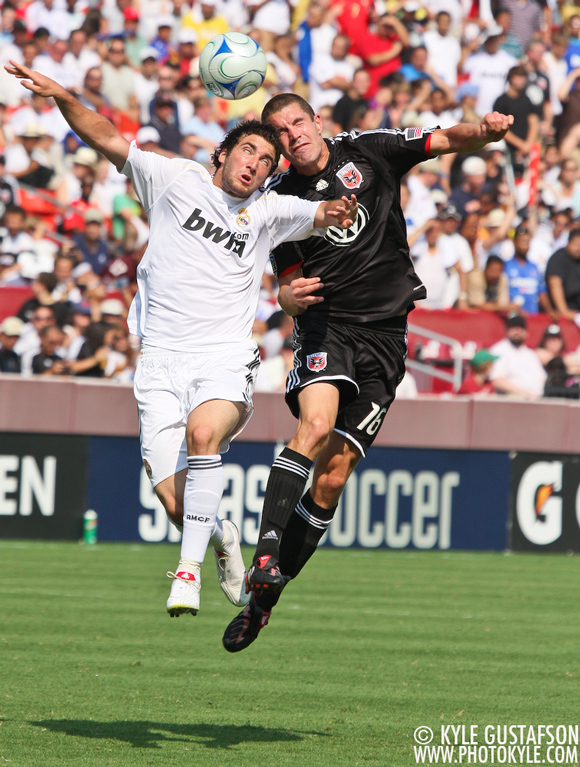 On Sunday I braved the oppressive D.C. heat and headed out to FedEx Field to shoot the D.C. United and Real Madrid exhibition match. Real Madrid made headlines all summer by spending exorbitant amounts of money to bring in Kaka, Cristiano Ronaldo and many other big-time footballers in an effort to return to prominence. This was also a big game for D.C. United, a chance to prove that they can play with the best teams in the world. The final result, a 3-0 Real Madrid win, doesn’t do United justice, as the locals played their more expensive counterparts to a standstill in the first half. Real scored twice in a two minute span in the second half and eventually both teams cleared their bench. But it was a thrill to shoot the last two Footballers of the Year in a stadium with 70,000+ people. 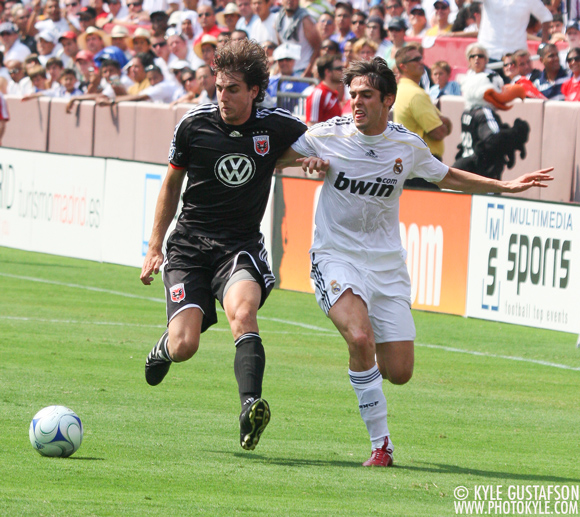 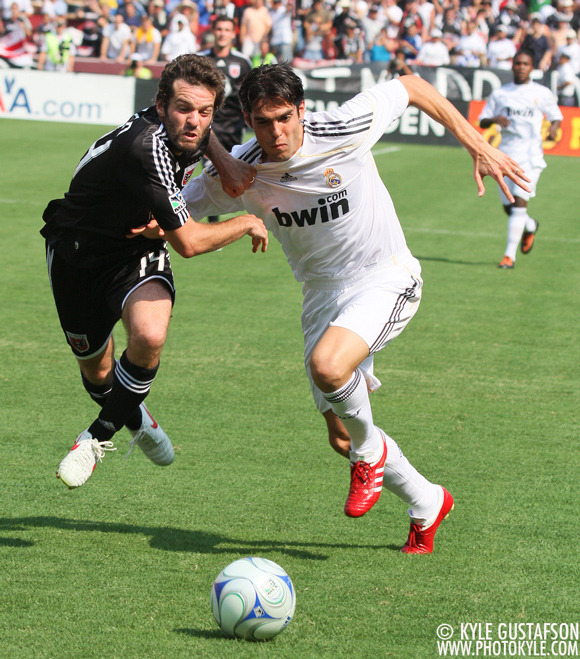 I rented a 100-400mm/f4-5.6 IS USM lens for the game, thinking that the zoom would give me a little more flexibility focal length wise. I had rented the 300mm/2.8 and 400mm/2.8 the last few weekends and quite frankly was not looking forward to lugging one of those around all day. So I went with the smaller lens and I was very happy with my results. I cropped some of these photos quite a bit since I wasn’t able to blow out the background like I wanted due to the aperture I was forced to use, but overall it performed well and I would rent that lens again for a daytime event. I also used it to shoot Saturday’s daytime action at the Legg Mason tennis tournament. I’ll have those photos later. 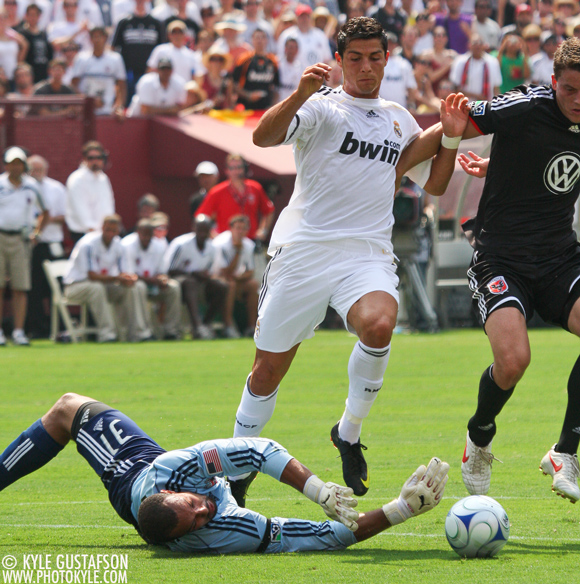 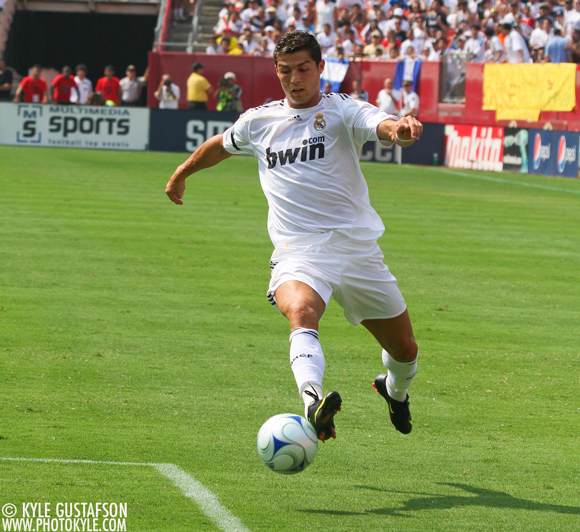