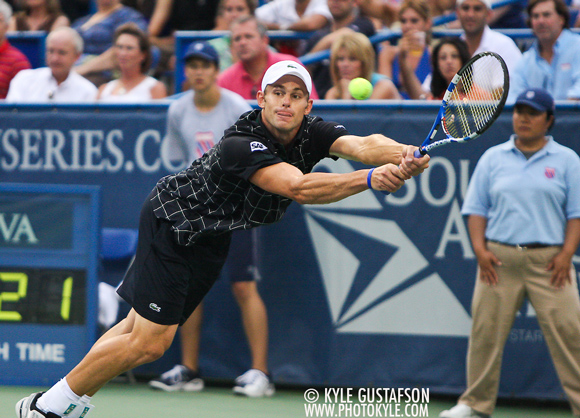 One of my favorite events to shoot in D.C. is the yearly ATP tournament, the Legg Mason Tennis Classic. It’s one of the first hardcourt events of the season and while the event doesn’t pull in the the likes of Federer and Nadal, Andy Roddick and many of the second-tier players are regulars. The rest of the field is filled with unknowns, many of whom advance farther than the pros. As a self-proclaimed tennis geek, it’s a lot of fun. 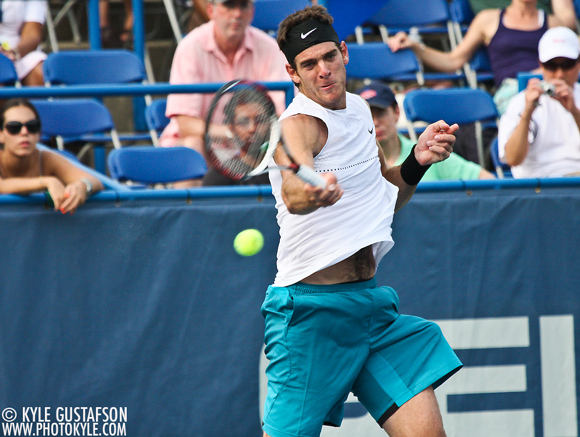 It’s also a tremendous amount of work. The main draw plays Monday through Sunday and this year I made it Monday and Wednesday through Saturday. I couldn’t make the final on Sunday because I was shooting the D.C. United and Real Madrid match. Ah, scheduling. 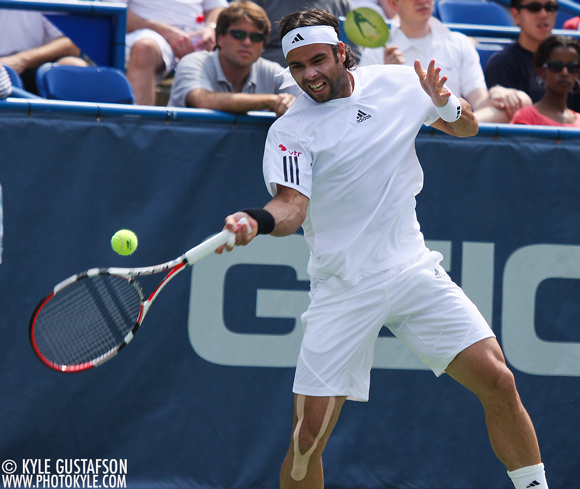 Tennis is probably my favorite sport to shoot because you have so many chances to snap a great frame. I tend to like shooting backhands because you get a more dramatic pose due to the exaggerated shoulder turn. I generally had the opprtunity to shoot three matches a day and saw plenty of players; Andy Roddick, Juan Martin Del Potro, Lleyton Hewitt, Ivo Karlovic, John Isner, Thomas Berdych, Donald Young, Benjamin Becker, Fernando Gonzalez and a few others. Gonzalez was a lot of fun to shoot, he is very demonstartive and emotional when he plays and that makes for good photos. 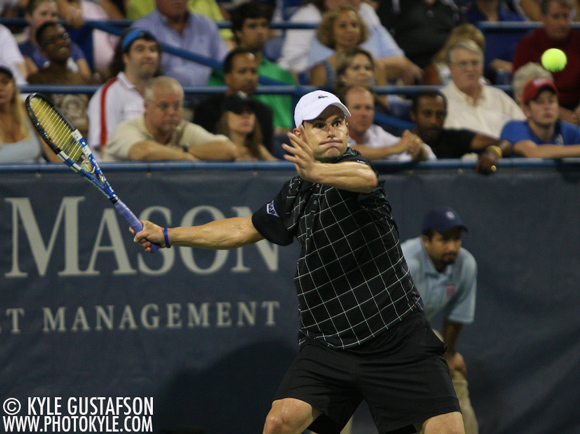 Shooting the same players for a week also makes you take notice of the player’s tendencies. Andy Roddick always puffs out his cheeks as he exhlaes while striking the ball. Sam Querrey curls his off hand when he hits a forehand. John Isner does this weird Dr. Spock/ Live long and prosper” type things with the fingers on his off hand when he strikes a forehand. Oh, and did I mention Brooklyn Decker (aka Mrs. Andy Roddick) was there each night? 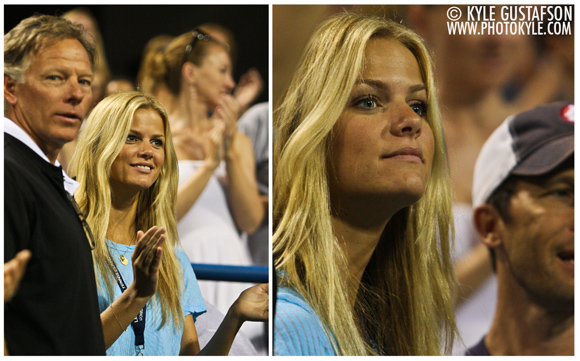 I shot most of these frames with my 70-200mm/2.8. I rented a 100-400mm for the weekend matches and that came in handy during the day. It allowed me to move up to the upper deck and get some different perspectives as opposed to sitting courtside all day. 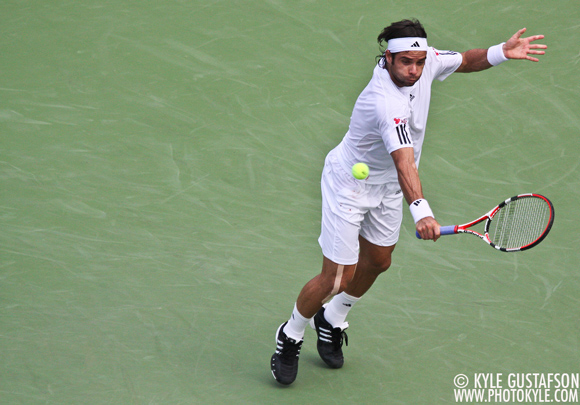