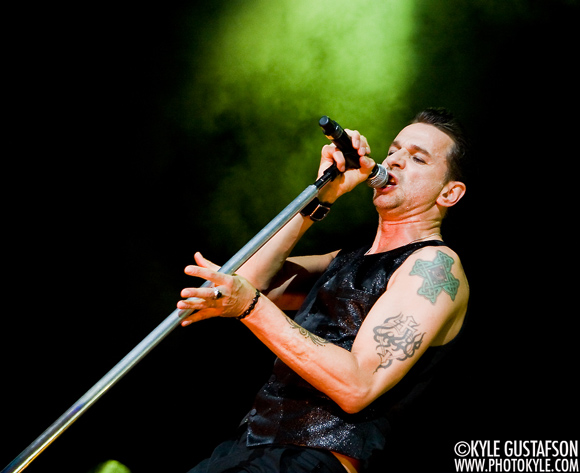 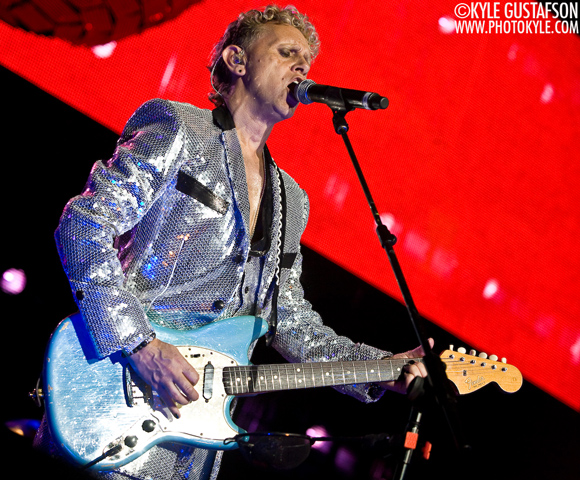 I distinctly remember the first time I heard Depeche Mode. I was watching MTV at Nikki Bovender’s house in middle school and MTV played the video for “Enjoy The Silence.” It was unlike anything I had seen or heard at the time and quite frankly blew my little teenage mind. (It was also my first exposure to Anton Corbijn, but that’s a story for another time.) So it’s hard to believe that in my 17+ years of concert-going I had never seen Depeche Mode until last night. 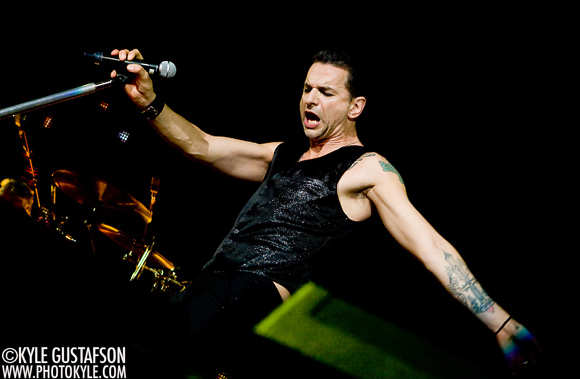 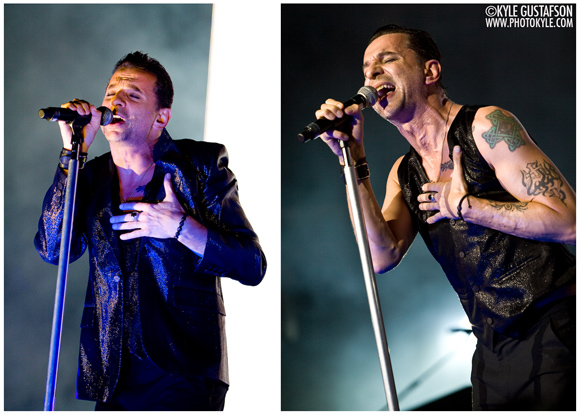 The show itself was wonderful. It doesn’t appear that they’ve changed much from their mid-90’s heyday, and the set list focused mostly on the latter part of the career, with enough hits sprinkled in there to keep everyone happy. “Policy of Truth” was the highlight for me, with “It’s No Good” a close second. The band put on a great show and I would highly recommend going to see them if they are playing a town near you. 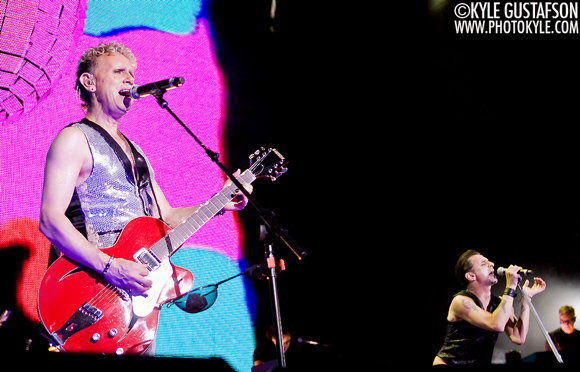 The shoot itself was very challenging. The band allowed us four songs (one more than the industry standard) but getting a good variety of shots proved difficult. The stage at Nissan Pavilion is about six feet high and the band had a row of monitors at the lip of the stage, adding another foot or so to the height. Because of the monitors, I knew 1) the band wouldn’t be coming up to the edge of the stage and 2) I was only going to get photos from the waist up. The band also had three video cameras in the photo pit, and while they weren’t difficult to shoot around, it made maneuvering in the pit a bit difficult. The lighting was great, save for some side lighting that produced a good bit of flare, preventing me from shooting across the stage as much as I would have liked. Their giant video screen washed out most of the background, so I tried to shoot more angles to get some darker background and smoke to frame the band members. 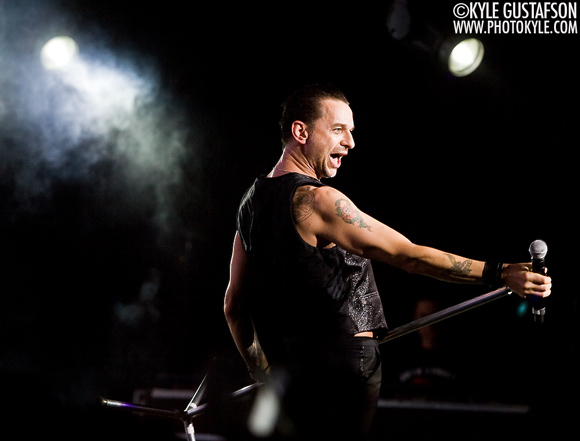 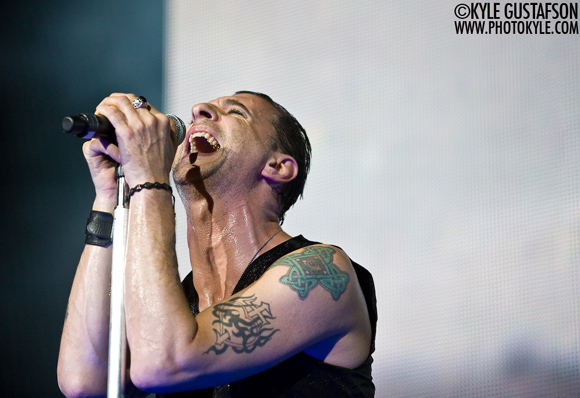